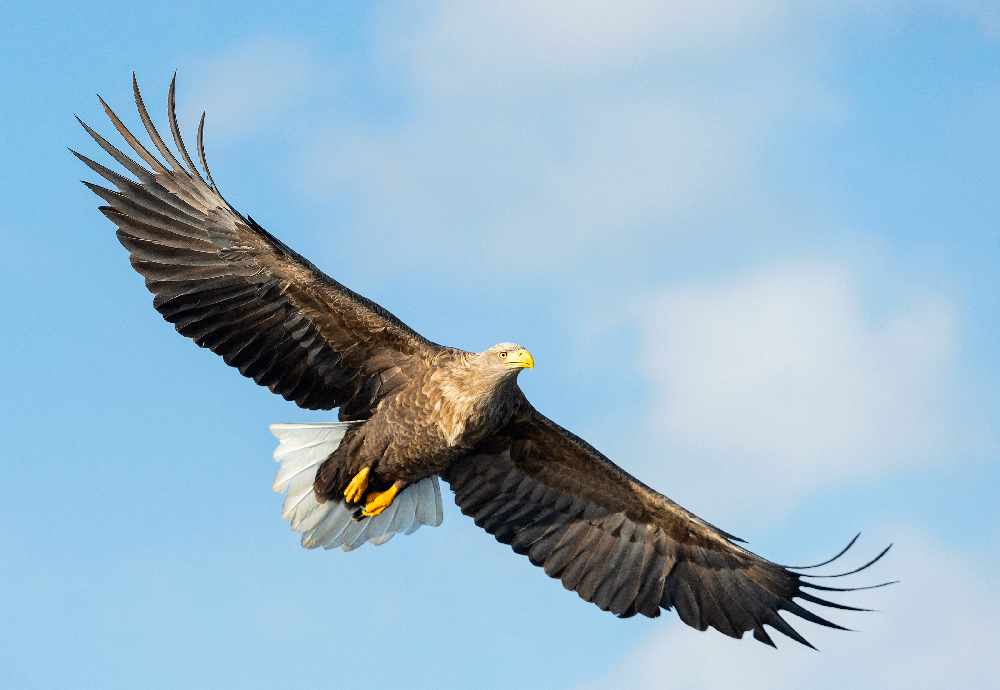 Chasing Egyptian geese and travelling alongside a friend without stopping for 17 kilometres - are among the Isle of Wight's white-tailed eagles' movements recently.

Scroll for a video...

A recent report has been published by the Roy Dennis Wildlife Foundation, which is working in partnership with Forestry England to deliver the white-tailed eagle project.

It started when six were released on the Island in 2019. A further seven sea eagles were reintroduced last year as part of the five-year reintroduction programme, as Isle of Wight Radio previously reported.

During the winter months of 2020, the four birds were said to be ‘extremely sedentary’ but now their behaviour has changed because of the recent spells of warm weather.

Earlier this year, one returned to the Isle of Wight, after 17 months away, as previously reported by Isle of Wight Radio.

The birds have moved from areas such as Oxfordshire and Buckinghamshire to places such as Wiltshire, Herefordshire and Staffordshire and some have finally decided to venture off the Island, after staying here all winter.

Recently, the eagle known as G393 was said to be spotted in the North Arm near Barnsalfe where he was seen ‘chasing Egyptian geese’.

To the wood north of Beverly, G393 spotted another Isle of Wight bird, G318, who was passing. They both flew together for the next 17 kilometres and then parted, a spokesperson for the Roy Dennis Wildlife Foundation said:

After spending a week in Staffordshire, G393 (orange line) flew to Rutland Water on 2nd April and then north through Lincolnshire on 4th. That same day G318 (blue) followed a remarkably similar route north through Lincolnshire and both birds roosted just south of Grimsby.  The next day they flew north together for at least 17 km through Yorkshire.

The other bird, known as G274 completed a loop around the southeast of England between April 1 and 4, after spending the winter on the Isle of Wight. The male did however take a six-day excursion into the South Downs and New Forest at the start of February.

And finally, the eagle known as G324 - also spent the winter on the Island - in the company of G274. She took her first off-Island trip to Sussex and Surrey.

After briefly roosting in woodland near Goodwood at the end of March, she returned to the Island the next day. And then crossed the Solent to Fareham, where she was captured by Amy Robjohns in her garden (pictured below). She has now settled in some private land on the North Norfolk coast. 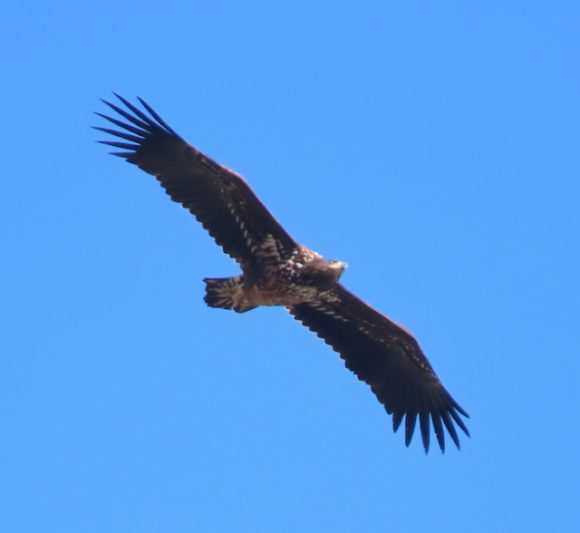 If you spot a white-tailed eagle, you're urged to send the details to www.roydennis.org.

You can see pictures of the eagles recently released here.

As previously reported by Isle of Wight Radio, an Isle of Wight paraglider has had the privilege of flying alongside one of the sea eagles.

Watch a video below.