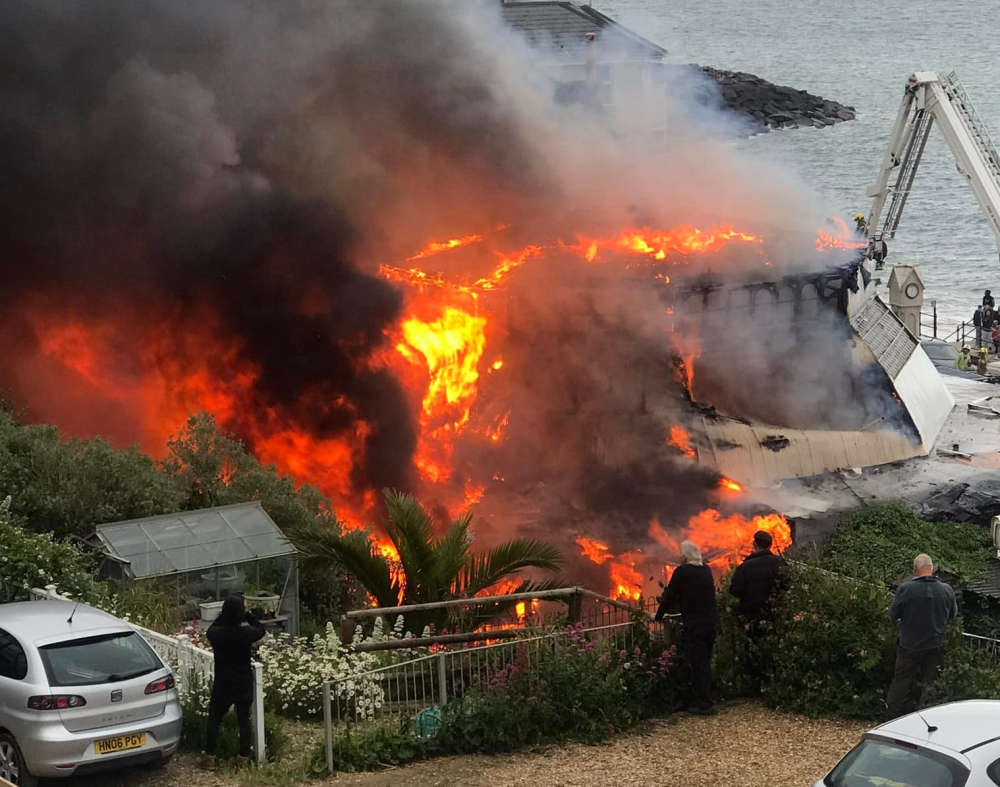 A fire that tore through a derelict former arcade in Ventnor is being treated as arson, police have confirmed.

As Isle of Wight Radio previously reported, more than ten appliances from Hampshire and Isle of Wight Fire and Rescue were called to the Esplanade yesterday (Tuesday).

Police are now working to investigate the cause of the blaze.

At the height of the fire, thick black smoke could be seen for miles. Islanders looked on as firefighters tackled flames at the former Gaiety Amusement Arcade.

Nearby residents were told to close doors and windows over fears of smoke inhalation.

Photos show the aftermath of the blaze.

The building had recently been part-demolished as part of plans to convert it into a seafront home. It was hoped the iconic dome could be incorporated into proposals.

Anyone with information are being urged to contact police on 101, quoting crime reference number 44220226052.