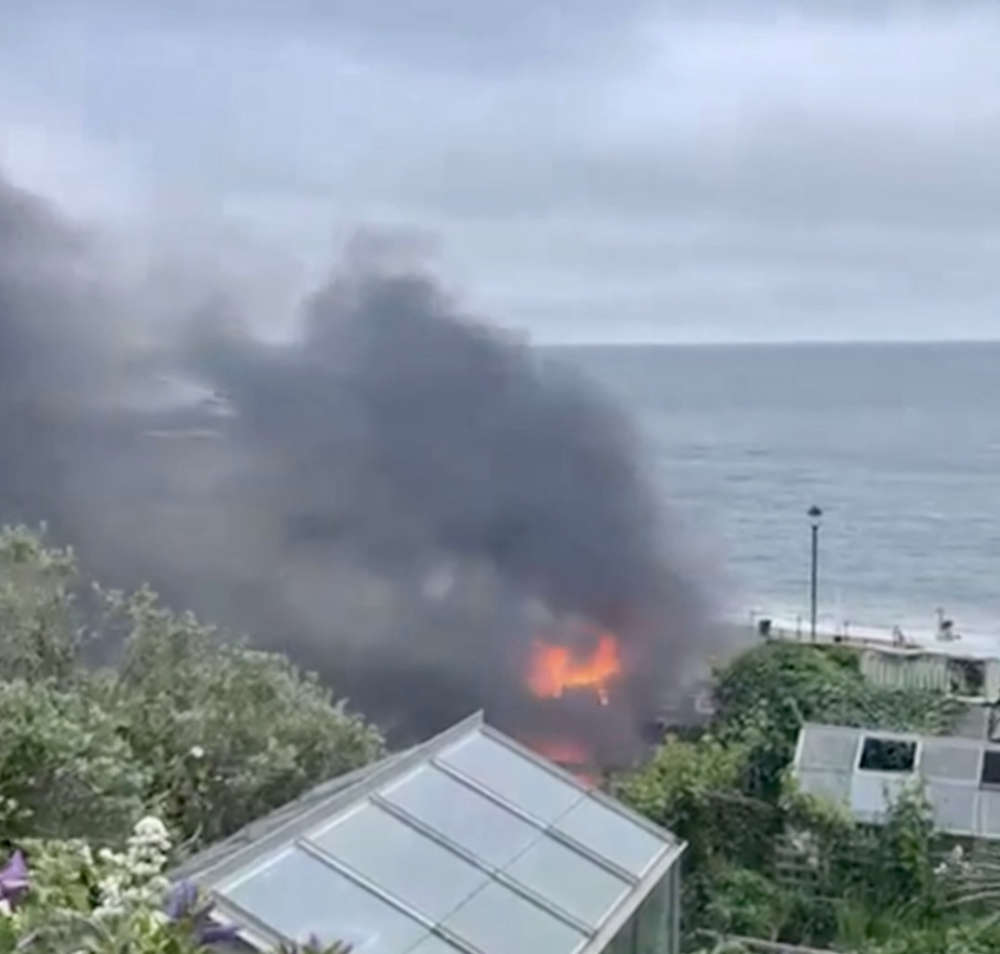 Firefighters have been called to a blaze on Ventnor Esplanade this evening (Tuesday).

Crews have been battling flames at the derelict, former Gaiety Amusements building.

Flames have been seen leaping from the roofspace.

Thick black smoke can also be seen from the town.

It’s understood the property has recently been partly demolished.

Police have also been called.

*Firefighters remain on scene this evening.

Crews from Shanklin, Ventnor, Sandown, Ryde, Newport and East Cowes are all in attendance.

Nearby residents are being urged to close windows and doors due to smoke.

Firefighters from Shanklin, Ventnor, Sandown, Ryde, Newport and East Cowes are still at the scene of a fire involving a derelict building.

Please close windows and doors if you live nearby.

Ventnor’s The Wellington Hotel is offering rooms  to those affected by the fire.