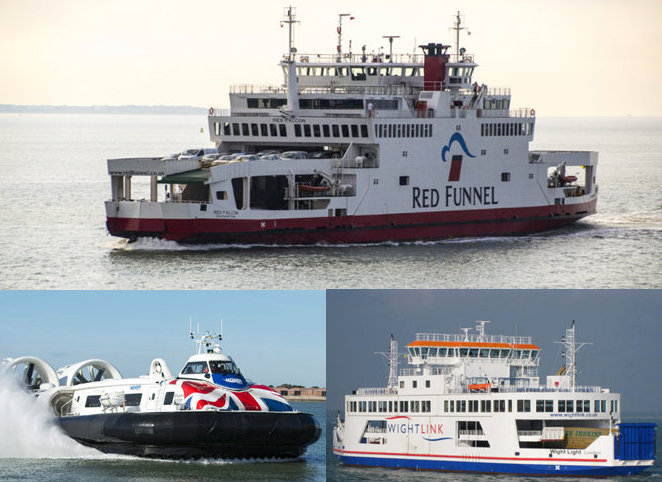 The Isle of Wight’s ferry firms have hit back at the move by the Island’s leaders to seek a review to improve transport to and from the Island.

As previously reported by Isle of Wight Radio last week, the Island’s MP and the Leader of the Isle of Wight Council put forward a major independent review, outlining shortcomings of the current set-up of cross-Solent connectivity.

The submission makes clear that Islanders need reliable and affordable cross-Solent connections to access healthcare, work and education – particularly as the community recovers from the effects of the pandemic.

It also cites the impact of the pandemic as bringing these issues to light.

The review was announced, just days before Wightlink workers announced the days they are planning to strike this year, as previously reported.

Wightlink’s CEO has hit back at the proposals, saying it doesn’t recognise ‘some of the comments made’ by Bob Seely MP and Council Leader Dave Stewart. But the company is ‘interested’ in hearing how its numerous ‘loss-making’ services ‘could be supported in future’.

Red Funnel goes further, to say it is ‘surprised and disappointed’ by some of the content in the submission from MP Seely and Cllr Stewart.

Hovertravel’s MD says he ‘acknowledges’ that a process to ascertain and ensure the delivery of transport services on the Island is ‘worthwhile’.

‘Good connectivity across the Solent and beyond is crucial to residents and businesses on the Isle of Wight. This has been at the heart of our co-operation with the Isle of Wight Council and the other transport operators during this difficult year when we have kept essential services running despite making considerable losses.

‘Although Wightlink does not recognise some of the comments made by the MP and Council Leader, we are always keen to explore how Island connectivity could be further enhanced with our ferries playing a part in improved onward transport links.

‘We would be interested in hearing how the numerous loss-making services we run across our three routes, such as the lifeline sailings for freight and key workers during the Covid-19 pandemic, could be supported in future.

‘Wightlink has recently invested £45million in England’s first large hybrid-electric car ferry Victoria of Wight and linked port improvements. This follows a major £70 million upgrade of the rest of the fleet and infrastructure that started in 2007.

‘Wightlink offers significant discounts for Isle of Wight residents including the Multilink Pass (only available to Islanders) which enables holders to travel with a vehicle and up to seven people for a fixed sum as low as £22.85 per crossing, even on the busiest summer days.

We look forward to contributing to the review and, in the meantime, we will continue to invest to provide Islanders with the best possible service, despite the current challenges.’

A spokesperson for Red Funnel said:

“Red Funnel is wholly committed to delivering excellent cross-Solent services and keeping the Isle of Wight community connected. We fully understand the level of responsibility as a lifeline operator and we take this position as seriously today as we have throughout our 160 years in service. We have always sought to do what is right by our customers and the Island communities we are proud to serve.

“We are committed to delivering a fair, reliable service with a balanced approach to meeting the needs of our customers while also pursing the technical and environmental innovations we need to sustain us and support the Island well into the future.

“Our commitment to supporting the Isle of Wight has been most recently demonstrated by our response to the Covid-19 pandemic. Working collaboratively with the Department for Transport, the IW Council and the IW Transport Infrastructure Board, we maintained the maximum possible level of service, at times to suit as many customers as possible, and consistently kept the Island connected and supplied throughout.

“We are surprised and disappointed by some of the content in the submission from MP Seely and Cllr Stewart given our levels of investment into replacement tonnage, customer service and infrastructure, alongside consistently high performance in customer satisfaction, reliability and punctuality. Our customers are at the forefront of our minds at every point, and we strive to ensure we are offering the best quality service possible. As and when it may be appropriate to engage in future discussions with the Department for Transport or other government bodies, we will be happy to discuss the points raised in MP Seely and Cllr Stewarts submission to offer further insight. At this time however, given the seriousness of the current state of the pandemic, we are presently focusing all of our efforts into maintaining our service as safely and as frequently as possible and supporting our staff and Customers.”

‘Hovertravel acknowledges the press release issued by Bob Seely MP and Isle of Wight Council Leader Dave Stewart. Throughout its 55-year history, Hovertravel has been dedicated to serving the Isle of Wight as both a transporter and an employer. The business is committed to the Solent community. Hovertravel kept its operations running throughout the pandemic and redesigned its craft to carry stretchers for the NHS, transporting over 300 patients in need of critical care.’

“We acknowledge that a process to ascertain and ensure the delivery of transport services to answer the needs of an Island community is worthwhile. We would be the first in line to rigorously defend the community’s rights to access the same government support as elsewhere in the UK. At the same time, we do not under-estimate the challenges inherent in such a process, which would need to demonstrate a workable solution for all the stakeholders. Hovertravel is dedicated to providing a high-speed ferry service and delighting its customers with award-winning customer service delivered by nationally recognised staff.”