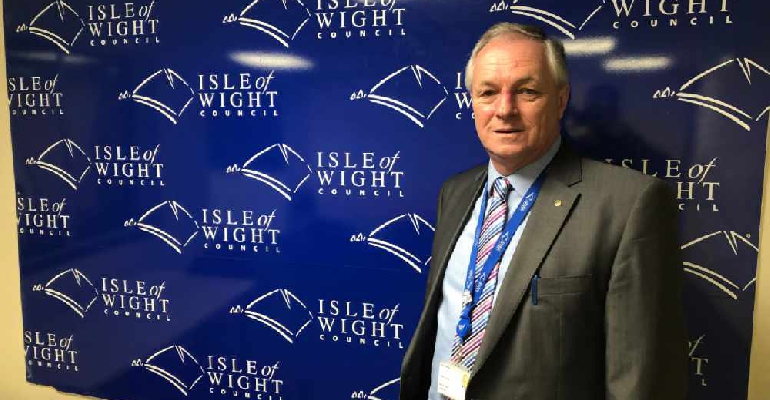 There is hope that teachers on the Isle of Wight could be made a priority group to be vaccinated against coronavirus.

Speaking exclusively to Isle of Wight Radio, Councillor Paul Brading said: “school staff should be on the top of the list and given priority”.

Scroll to listen to the full interview via Facebook...

The Island’s MP Bob Seely says he has written to the Government to ask if teachers can be inoculated at the same time as health staff and care home workers.

“Schools and school staff should be top of the list for vaccinations they should be given priority, testing will be rolled out in secondary schools for staff and pupils when they open which is good.

"I have had a conversation with the MP this morning who shares my view that teachers and all school staff should be prioritised for testing and we will bring this up with the Government this afternoon.”

"I thank teachers for the impressive work that they doing trying to keep schools open in difficult circumstances.

"I have written to the Government today to ask them to treat teachers as a priority group so that they can be vaccinated at the same time as health staff and care home workers.”

I have contacted Minsters today to ask that teachers be included as a priority case for vaccinations. We need to show how much we appreciate the work they do. #IsleofWight #IOW #iwnews

'I join Cllr Brading in thanking our hard working teachers and council officers, they have worked tirelessly for 10 months now. However, I take issue with the rest of his response.  Making the decision to follow the government advice proved very early on to be a guaranteed route to confusion. He should have abandoned that approach early on and trusted the Heads of Schools to make decisions.

'Schools have indeed made themselves as Covid safe as possible, but with limited time and resources. Most are still waiting for the payments for PPE etc to come through. The promised laptops haven’t arrived, leaving families trying to do online learning for several children on one smartphone. Rather than follow this hapless government, the council should have followed local expertise as have other councils and planned properly.'

'The article about teachers on the Isle of Wight being a vaccination priority, whilst being important (and let’s not forget support staff, who often work in even closer proximity to pupils) is hardly the key issue for schools today, in the light of exposing pupils, education staff and their communities to greater risk by keeping primary schools open.

'Why are decision-makers and our elected leaders, not listening? As I write this question, playing in the background is the Isle of Wight Radio. I hear the answer shared “we got the dreamers disease”. (the track You Get What You Give by New Radicals). Thus, we should ask why are so many people and organisations of the opposite opinion.

'All we need to know is: cases continue to rise, internationally, nationally and locally. You don’t need happening to know much about this virus to see that a minority of national leaders, sadly who have power, and their supporters unwilling to break ranks and face the facts. They are reacting far too slowly. Instead of forward planning prevention and keeping ahead of the virus, they are following it and struggling to keep up.

'Fixed in the car headlights with the mantra ‘keep schools open’, ignoring ‘Covid likes a crowd’, as the danger worsens.

'What is even worse is the contradictory understanding and absence of action. Sky News reported today, the PM saying: “If you look at the numbers there's no question, we will have to take tougher measures and we will be announcing those in due course." Can Councillor Brading and MP Mr Seely be encouraged to ask: “Can ‘due course’ be today, Prime Minister?”

'Scotland has just announced a full lockdown from midnight tonight for the rest of January.

'The Isle of Wight should close schools except for vulnerable children and those of key workers. We fully understand that closing schools should be a ‘last resort’, but we have surely past this point. Dithering and delaying the inevitable is making the situation worse for schools, pupils, staff and the communities, in which they live.'

LISTEN to the full interview with Councillor Brading about the reopening of schools on the Island:

Meanwhile, you can find out which year groups are affected in schools across the Island today (Monday) here.