How Ready Are You For a Holiday Abroad? Arguments For and Against Hopping on a Plane 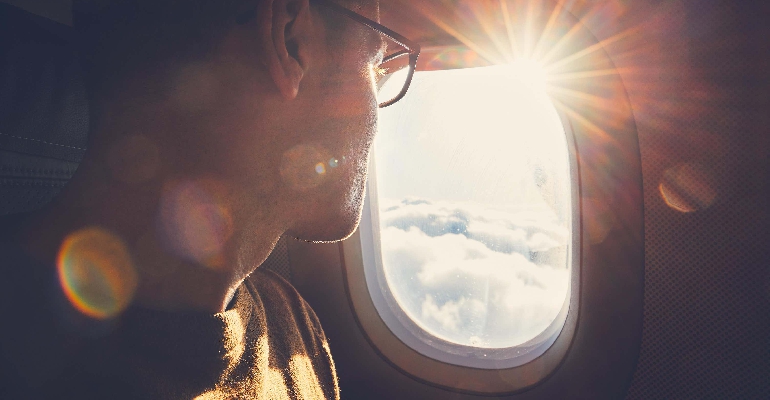 Desperate to hit the beach, or happy to staycation indefinitely?

Whisper it: we *might* actually get to fly somewhere warm and sunny this summer.

Senior scientific adviser Professor Neil Ferguson, from Imperial College London, has said if Covid-19 cases in Europe can be driven down to UK levels, holidays might just be possible (although he hasn’t personally booked flights just yet).

Meanwhile, the EU is proposing “to allow entry to the EU for non-essential reasons not only for all persons coming from countries with a good epidemiological situation, but also all people who have received the last recommended dose of an EU-authorised vaccine”.

Caution is understandably the watchword right now, but hope is increasingly in the air for many. Though some are committed to holidaying at home from here on out…

I haven’t reached the stage of sobbing over old holiday photos just yet. The thought of being masked up and stuck in a tin can in the sky for a few hours certainly doesn’t make my knees weak with longing. While grappling with airline websites, tracking down Covid-secure travel insurance and the threat of quarantine hotels (financial ruin, all for a week in flip-flops) are exhausting to consider, let alone sort.

But the idea of going somewhere different, of leaving the country, of having a proper break, is ridiculously intoxicating – and is starting to feel like it might actually happen. That alone, the shot of hope, a tendril of the future reaching out to us (be it from May 17th or a little later), is enough to have me ordering a new swimming cozzie and organising the sunblock stash.

It’s not just imagining jumping in an ocean that’s warm rather than shrinkingly icy either. I know we have beaches here, and ice cream, and the kind of sunshine that will also scorch our skin. But I want perfect Italian pistachio gelato and cobbled streets and grilled seafood eaten on white plastic tables watching the sun go down.

More, I want to spend hours in European supermarkets and pharmacies buying everything in sight. I want delicious, unbelievably cheap wine and to cycle along promenades, and to duck into galleries for the art as well as the aircon. I want to go out for dinner and not need to take a coat, and to drive a hire car and fret about which side of the road I’m on. I want cold beers and crisp French pastries and to lie on cool sheets after a day reading by the pool.

Never has the prospect of a trip away felt more enticing. Get me on a plane, the second it’s safe and sanctioned. My passport is packed and ready.

Luke Rix-Standing doesn’t understand what all the fuss is about – what’s wrong with holidaying locally?

It is easy to forget that staycations were a rapidly rising travel trend before the pandemic began. Why? Because they’re easy.

Aside from that hitchhiking-round-the-world odyssey you planned in a pub aged 19, most holidays are supposed to be relaxing. And unless you can afford an all-inclusive penthouse in the Maldives, longer-haul travel ain’t that.

There’s the cost. It appears written into the fabric of the universe that all foreign holidays run 20% over-budget, however high you set the bar. Efforts to avoid costs can be even more trip-ruining, and saving £30 on a 3am flight with two stopovers is only a good idea until the alarm goes off.

There’s the language barrier – our frantic gesturing is a little rusty – and the uncertainty of a still-in-flux travel market: if you go on a staycation, at least you know you’ll be able to come back. Multiply all stresses by 10 for families, and it’s no fun having to silently apologise to an entire airliner for your bickering children. Most heinously of all, you probably can’t bring the dog.

Book an Airbnb in your home country, however, and your most wearisome worries will be petrol prices and the weather forecast. That’s just about all the post-pandemic planning we need.

So yes, I want to relax on a beach, hike the Inca trail, raft the Grand Canyon, and maybe someday help colonise Mars. But I also want to wander a random slice of countryside forgetting the entire last year and half, without having to take a detour to the British embassy after leaving my passport in a taxi.

And also, between the rolling hills of the Lake District, the patchwork paintwork of Portmeirion, the majesty of Giant’s Causeway and the rugged ramparts of Edinburgh Castle, home is actually quite nice. Consider it a bonus.