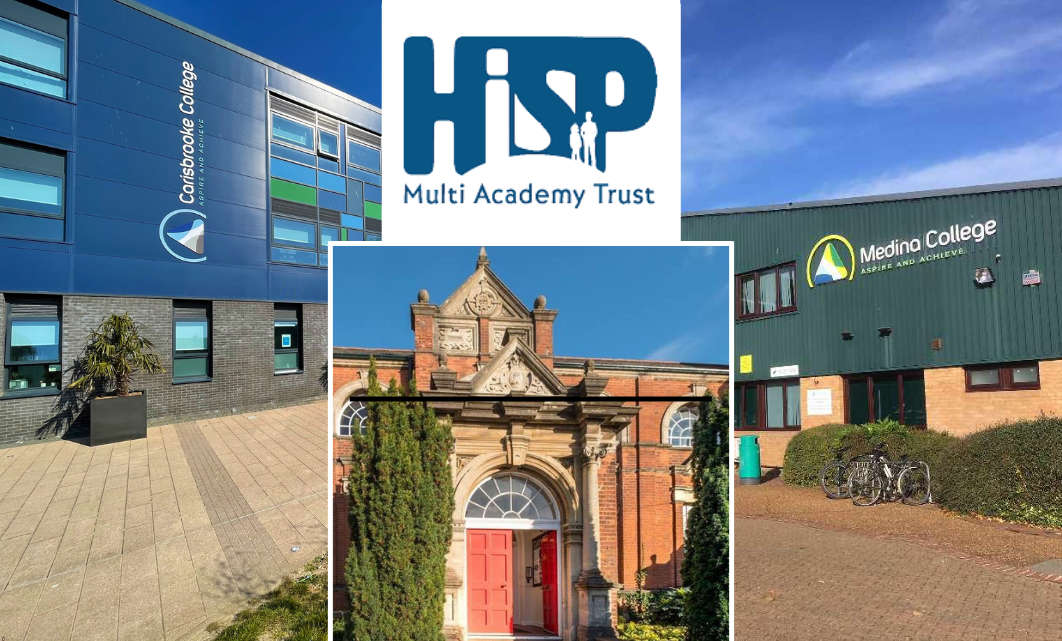 An education union has said staff are "stunned" over plans to turn Carisbrooke and Medina Colleges and the Island VI Form into an academy.

As Isle of Wight Radio previously reported, the Isle of Wight Education Federation, which runs the three schools, will consult on merging with a mainland trust.

“Staff are obviously stunned at this announcement. They had no idea this was a potential move. They are even more surprised as they believe the Island Innovation Trust is popular with pupils and parents and oversubscribed.

“In the presentation, the employer tried to reassure staff by repeating “Nothing will change.” This failed to reassure many staff, especially those who have experience of other academies and have heard this mantra before.

“Another concern is the potential rapid timetable for change. How can all staff, all students and all parents fully and genuinely understand the implications within this time frame? This includes not just IIT itself, but the island education system as a whole."

Staff were informed at a meeting on Monday (13), which the NEU claims it was not invited to.

"The NEU asked to be invited to listen to the meeting presentation as over the weekend it was felt the nature of the meeting was already causing anxiety amongst members.

"Permission to attend was not granted, although an offer has been made to meet at a later date, as yet unspecified.

“This is regrettable and a move away from past practice and experience, which has always involved an invitation to listen and comment on difficult developments, such as restructures and redundancy, before staff were informed. This type of transparency is always welcome and always ensures thorough debate and the best possible outcomes."

“Looking at academisation as a whole and with an open mind, we find academisation does not improve schools in the way the recent white paper implies. It is costly in terms of time and money and incredibly divisive.

“Academisation is based on the damaging idea that increasing competition is the way to drive school improvement. Over the short consultation, it will be interesting to see responses, as all local parents, pupils and staff know: The Island experience fails to support this simplistic fallacy.”

The Isle of Wight Green Party has been reacting to the news.

It said it comes as a "huge surprise to staff, students and the whole Isle of Wight community".

"Medina, Carisbrooke and The Island VI Form are all very popular schools, which are improving year upon year. They are some of the last schools left on the island that have not yet been academised, which has provided pupils and parents with an alternative to the corporate academy system.

"There are many questions about why the IWEF feel that this is a necessary move right now, and what the bigger consequences will be for the Federation and beyond. The loss of 3 large secondary school sites to the Isle of Wight Council will be considerable, and puts into question the future of local schools run by the local council.

"The government's argument for increasing academisation of schools is weak - there is no evidence that joining a Multi Academy Trust raises standards for schools.

"The Green Party are clear - the academisation of schools is an alarming move and must be resisted! A five week consultation period seems far too short for such an important decision to be made, something that will not only effect staff and pupils but the wider island community for generations to come.”

Academy schools are described as state-funded schools with higher degrees of autonomy in governance, use of resources and curriculum.

They receive funding directly from the Department for Education, as opposed to a local authority, and are run by an academy trust.

They must follow the same rules on admissions, special educational needs and exclusions as other maintained schools and students sit the same exams.

Academies are also inspected by Ofsted.

A consultation over the merger will run until between 9am today (Tuesday) and 3.30pm Friday, July 15.