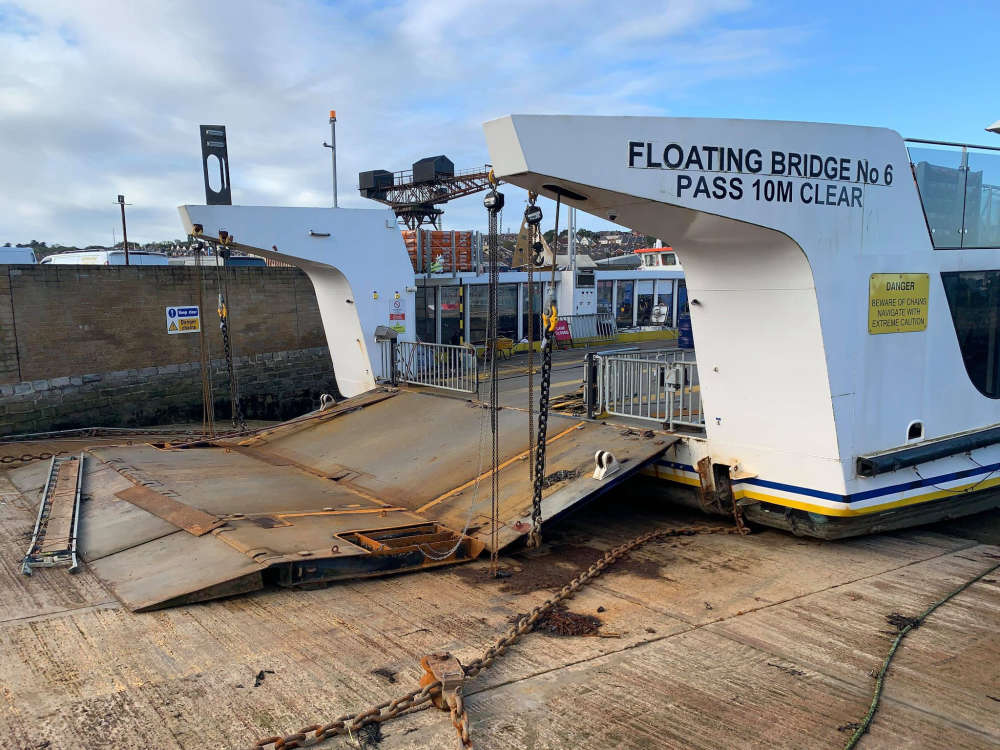 Poor design has been identified by a national government review of the Isle of Wight’s troubled Floating Bridge 6.

The review found parts of the vessel were ‘potentially poorly designed’ with ‘several apparent design inadequacies’.

Inspectors from the Cabinet Office acknowledged the vessel had experienced significant reliability problems since it first became operational in 2017 as they looked at whether the anticipated benefits of FB6 were being delivered.

The so-called Gateway Review was requested by the Solent Local Enterprise Partnership, who mainly funded the new ferry, after multiple breakdowns led to the vessel being out of service, sometimes for months on end.

The Isle of Wight Council has today (Wednesday) released the findings of the review that will help shape the future of the vessel.

A new, replacement vessel has not been ruled out by the Alliance administration, who took control of the failing vessel in May.

They awarded the vessel an ‘amber’ delivery confidence status — which is the middle award.

One of the key reasons, the council say, the status was not ‘green’ was because of the chain depth issue, which costs the council between £90,000 and £100,000 a year to remedy through a push boat holding it in place.

Due to the fast flow of the River Medina, the chain’s tension is ‘insufficient’ to hold the floating end of the vessel in position, tightening and lifting the chains to such a height that exceeds the maximum limit, creating a safety risk to river craft crossing them.

Two other, main issues inspectors identified were due to the hydraulically operated prow ramps and drive system.

In the case of the prow ramps, the review team were told they were being overloaded and were ‘potentially poorly designed’ and said the ‘overall structural design of the prow was believed to be poor’.

The hydraulic drive system has broken down twice, the second time resulting from a  complete failure of the drive motors, brakes and drive shaft, which were unable to be repaired and had to be replaced.

The team said they were made aware of several apparent design inadequacies directly leading to FB6 being forced out of service.

The council has welcomed the results of the review, which took place in November, and says it gives confidence that most of the right measures and management arrangements are in place to ensure FB6’s future operation.

The authority also says it is committed to delivering the ten actions set out in recommendations — seven of which were deemed ‘essential’ and one ‘critical’ — including comprehensive reviews about the work done to date and an annual testing regime to check for fatigue cracking.

The cabinet will decide next week to undertake final assessments on whether FB6 is fit for purpose or seek a new vessel.

The Isle of Wight Council is also progressing legal mediation against the naval architects and shipbuilders, who designed and built FB6, to recover some of the council’s losses.

It has been delayed, the council say, due to the discovery of more defects, following the latest breakdown, which adds significantly to the losses.

The mediation is set to begin in the week beginning February 28.