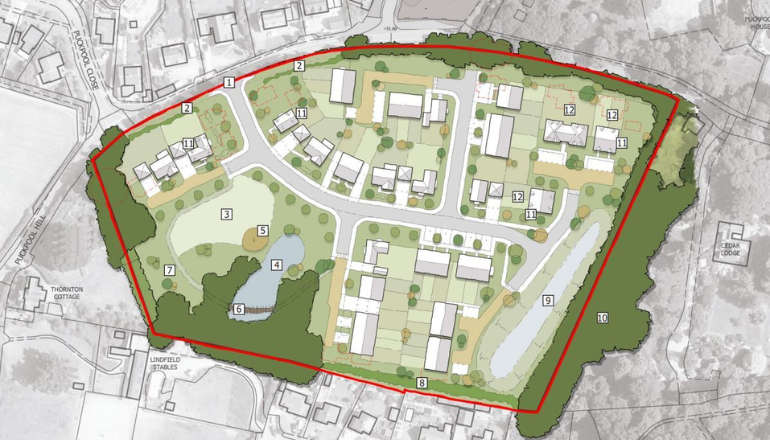 Up to 50 houses have been given the go-ahead on a greenfield site on the edge of Ryde despite more than 180 objections and claims it would destroy the area.

Under the permission, the access to the site and the principle of development have been approved, with other aspects (layout, scale and design) to be decided at a later date.

The lack of information in the application, however, caused concern for some members of the planning committee, with calls to defer until more details were submitted.

However, members were told an outline application had different rules but they did request the application be brought back to the committee when developers, RJB SIBA Trust, applied for further permissions.

The scheme was approved in a tight vote last night (Tuesday), with five councillors in favour and four against.

Along with objectors, problems with the application were raised by committee members about road safety, the impact on wildlife (including the rare grey long-eared bat), overdevelopment of the site, and the loss of space between Ryde, Nettlestone and Seaview.

There were also concerns about the urbanisation of the area but councillors pointed out the site was surrounded by development and had once been part of a thriving holiday camp.

As the Isle of Wight Council currently fails to meet government housing targets, the harm of the application would have to demonstrably outweigh the benefits of providing housing.

With the scheme potentially providing up to 18 affordable properties and 32 market houses, the development was supported but with caveats that a zebra crossing is added across Puckpool HIll to increase road safety for residents and 80 per cent of the affordable properties would be rented with the remaining 20 per cent available for shared ownership.