Murdered Councillor's Lake Pub Could Be Converted Into Flats 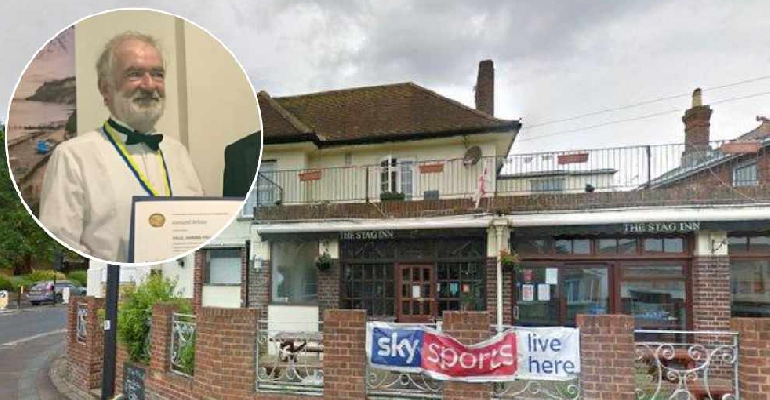 An Isle of Wight pub, previously owned by murdered landlord and councillor Gerry White, could be converted into flats.

Mr White, 73, was killed in May 2019 at the Lake Community Gardens by Jonathan Stasiuk, a chef who had worked at Mr White’s pubs.

In a statement attached to the planning application, agents said the company who took over the business after Mr White’s death went into liquidation and his family then ran the pub.

The agents also said the premises had failed to operate as a viable ongoing concern since 2013.

The Stag, on the corner of Sandown Road and Newport Road, in Lake, is the subject of the application to the Isle of Wight Council, by the family.

“Throughout its operation, the public house has been faced with issues relating to anti-social behaviour requiring police attendance on numerous occasions.

“It is most unlikely that a change in ownership or management procedures would have any appreciable impact on the occurrence of anti-social behaviour.”

The building has been extended several times and was a public house until it closed in March due to the Covid-19 pandemic lockdown.

On the first floor, there are also five bedrooms.

Proposals seek to convert the building into five, self-contained, one-bedroom flats — three on the ground floor and two on the first —with no new external building construction.

The condition of the building, however, is said to be ‘poor’, with water damage and a hole in the kitchen ceiling. A report listing the extensive extent of renovation required has been included for the application, and puts the costs of repairs and renovation at more than £300,000.

A fire was also reported last December in the roof of the property.

Shanklin Town Council object to the proposals and recommend the application for refusal stating it does not meet the required need for car parking — offering two spaces for the five flats — and contrary to planning policies.

The town council also says in its object it is concerned the premises has already begun to be stripped.

To view plans or comment on the application, you can see it on the Isle of Wight Council’s planning portal by searching 20/01112/FUL.