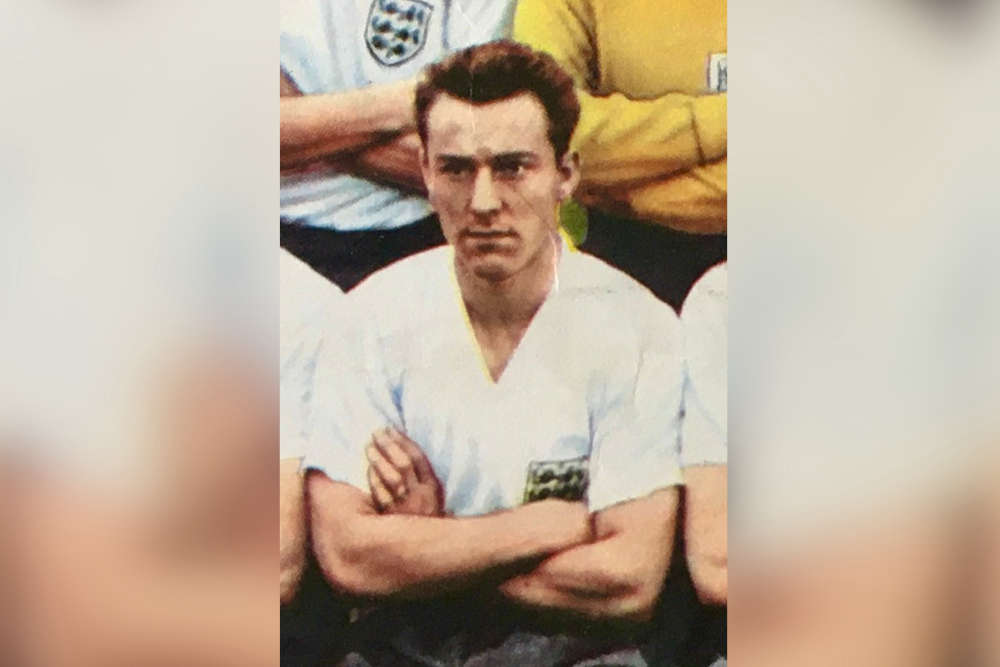 During an illustrious playing career, the striker scored 382 times in 579 club appearances.

In just 57 appearances for his country, Greaves scored 44 times.

"Jimmy Greaves was someone who was admired by all who love football, regardless of club allegiances.

"I was privileged to be able to meet Jimmy’s family last year at Tottenham Hotspur as the club marked his 80th birthday.

"My thoughts are with them and I know the entire game will mourn his passing.

"Jimmy certainly deserves inclusion in any list of England’s best players, given his status as one of our greatest goalscorers and his part in our 1966 World Cup success.

"We will pay tribute to his memory at our home match with Hungary at Wembley Stadium next month.

"His place in our history will never be forgotten."

The Tottenham Hotspur Supporters Trust were among those that paid tribute, tweeting:

"Terribly sad news. The greatest goal scorer of all time.

"On behalf of the Trust and our members, sincere condolences to Jimmy's family, friends and former colleagues.

On the day when Spurs are due to take part in one of the most important London derbies, against Chelsea, former Tottenham midfielder Jamie O'Hara told Sky Sports News:

"We are going to be able to witness that (grief) today, everyone will see it, and an amazing round of applause for him."

"It's not easy to build a legacy at a club, Jimmy was an icon, football legend, Spurs have been very lucky to have such a great player as part of their club.

"A truly sad day to have lost someone so great. He is definitely a legend."

Before moving to Tottenham, where he was their top ever scorer (266 goals), he played for Chelsea, scoring 125 times in 157 appearances.

Greaves, commonly known by his nickname Greavsie, did not feature in England's final victory over West Germany in 1966, but played in all the group stage matches, helping the team progress to their greatest footballing achievement.

He also played for AC Milan for a season in 1961 and after leaving Tottenham, went on to play for West Ham United, Brentwood, Chelmsford City, Barnet and Woodford Town.

But it was for a generation who grew up watching football on television that he is almost as well known for his on-screen work, as a pundit and especially for his partnership with ex-Scotland international Ian St John, on ITV's World of Sport and the Saint and Greavsie programme between 1985 and 1992.

Tottenham said Greaves, who suffered a stroke in May 2015 which left him wheelchair-bound and with severely impaired speech, had died at home on Sunday morning.

The Premier League club said in a statement:

"We are extremely saddened to learn of the passing of the great Jimmy Greaves, not just Tottenham's record goalscorer but the finest marksman this country has ever seen.

"Throughout his wonderful playing career, Jimmy's strike rate was phenomenal."

Other clubs he played for, including West Ham United and England paid tribute, along with the English Football League and FIFA.

"We were saddened to learn of the passing of the great Jimmy Greaves...

"The thoughts of the CST board & all our members across the world are with Jimmy's family at this difficult time."