Jet-Skier In Trouble Off Gurnard 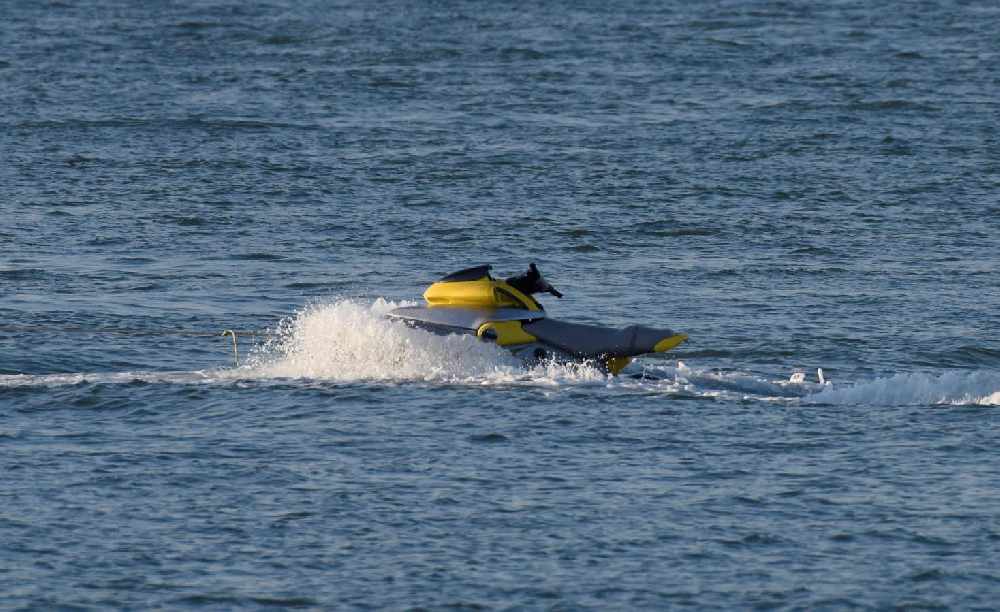 A man spotted in the water trying without success to regain his faulty jet-ski led to Cowes RNLI lifeboat being launched last night (Tuesday).

First to raise the alarm from their Gurnard seafront home was Sarah Hughes, wife of Jason, a helm with Cowes lifeboat.

Jason quickly called coastguards and went to the station to help man the lifeboat. Launched at 7.30pm, the lifeboat was soon on the scene, to find that by then the jet-skier and his machine were being taken to Cowes by a yacht - abandoning their Tuesday night racing.

Also in the area was a kayaker which had launched from Gurnard to assist the jet-skier. Because the kayak was being swept by the tide, both it and its crewman were lifted on to the lifeboat.

Eventually both rescued jet-ski and kayak, together with their crews, were taken from Cowes by the lifeboat back to Gurnard beach.

“Out of our window I saw the jet-skier apparently having trouble with his engine. He jumped in the water and then had a real struggle to get back onto the jet-ski again. He began waving for help, only for people on another boat just to wave back to him!”