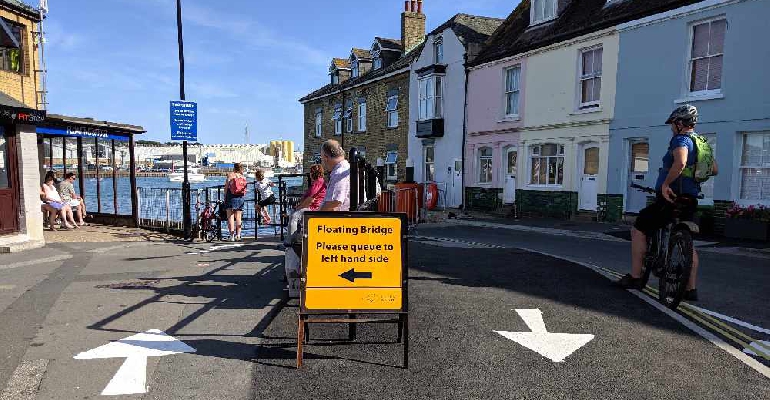 Opposite parties on the Isle of Wight Council are butting heads over the legal action behind the Floating Bridge.

The authority is taking action against the designers and builders of the vessel in an attempt to get back some of its costs.

In a bid to avoid a costly battle at the High Court, the council is intending to enter into mediation with the relevant parties.

This mediation has not been entered into yet, by either administration, despite previous reports, and led to a tense moment in last night’s (Tuesday) corporate scrutiny committee meeting, with both sides disagreeing.

Discussing the report going before cabinet on Thursday, Conservative Cllr Chris Quirk, acting chair of the committee, said the Conservative administration took on the FB6 and tried to make it work.

“It became apparent it was not working, so the previous administration initiated discussions to sort out the dispute. The current administration is continuing that process.”

“It is not that the previous administration did nothing; they initiated the process … and in the last five months it has not continued any further.”

None of the Alliance’s cabinet members present replied to the comments, with echoes of ‘just leave it’ going around the council chamber.

A report prepared by council officers in March this year, before the elections and a change in administration, said mediation was arranged for January but it did not go ahead, however, as one of the parties was unable to attend.

The council, at that time, were awaiting alternative dates.

Speaking after yesterday’s meeting, Cllr Phil Jordan, cabinet member for infrastructure and transport, confirmed the mediation process had not started, but there was an agreement between the three parties to do so.

He said the new administration has instructed a date to be set, by the end of November, and hoped to have the issue finished by the end of the year.

They had briefed the legal team, given them a timeframe and said it must take place by then but mediation had not started, despite what Cllr Quirk attempted to assert.