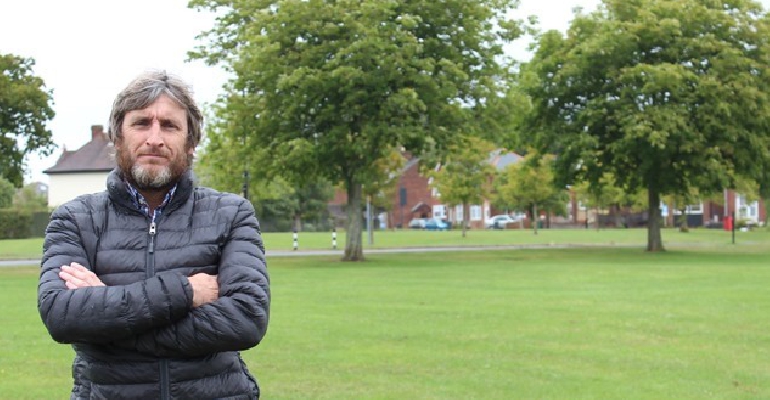 The leader of the Isle of Wight Council has said he will meet with those involved in wanting to stop housing on Seaclose Park - after 3,000 Islanders signed a petition to halt the development.

Last week, a petition was started by Cllr Matthew Price, ward representative for Newport North, to object to proposals in the Newport Harbour Masterplan which involve building on the entrance to Seaclose Park and the currently still-standing Fairlee Service Station.

More than 40 houses are outlined for the area fronting onto Fairlee Road, and Cllr Price argues it is unacceptable, ‘chewing up swathes of green amenity space’ and potentially having a negative impact on the Isle of Wight Festival.

However, in a recent report to full council, Cllr Dave Stewart, the leader of the council, said the ‘ambitious plans’ for Newport Harbour had been ‘well received’.

'“Seaclose has created many waves within the Newport community since it became apparent cabinet might approve the masterplan and housing built on the front of Seaclose recreation ground.

“Can I ask the leader if he thinks nearly 3,000 signatures on the petition and to date, 12 of the 13 Newport and Carisbrooke Community Council members have also endorsed a proposal calling on the cabinet to reject that element of the masterplan. Does he consider that well received?”

Cllr Stewart said, taken as a whole, the feedback was that the masterplan had been well received. He said:

“However, and in fairness to you and Cllr Price, who has been working really hard for his ward and his community in raising issues, on that particular element I can assure you and the public we will be meeting with Cllr Price and taking forward decisions around that, once we have had that opportunity to consider it.

“I think there are some very strong points Cllr Price has raised and I am also aware of the Newport and Carisbrooke Community Council vote the other evening which express concerns, and as we are a council who wants to work with our community I want to assure you that those important considerations will be taken into account.”

The masterplan is set to be discussed at cabinet in September now, as the meeting first scheduled to take place next month is no longer going ahead due to the break typically taken in August for council meetings.

There it will be decided if the harbour masterplan should be accepted as a supplementary planning document for any further planning applications to change the Harbour.

In the masterplan, it says the houses thought to be built on Seaclose will be done in phase one of the regeneration plans to help pay for the further development of the harbour, which the council says will be a ‘cultural destination’ when complete.