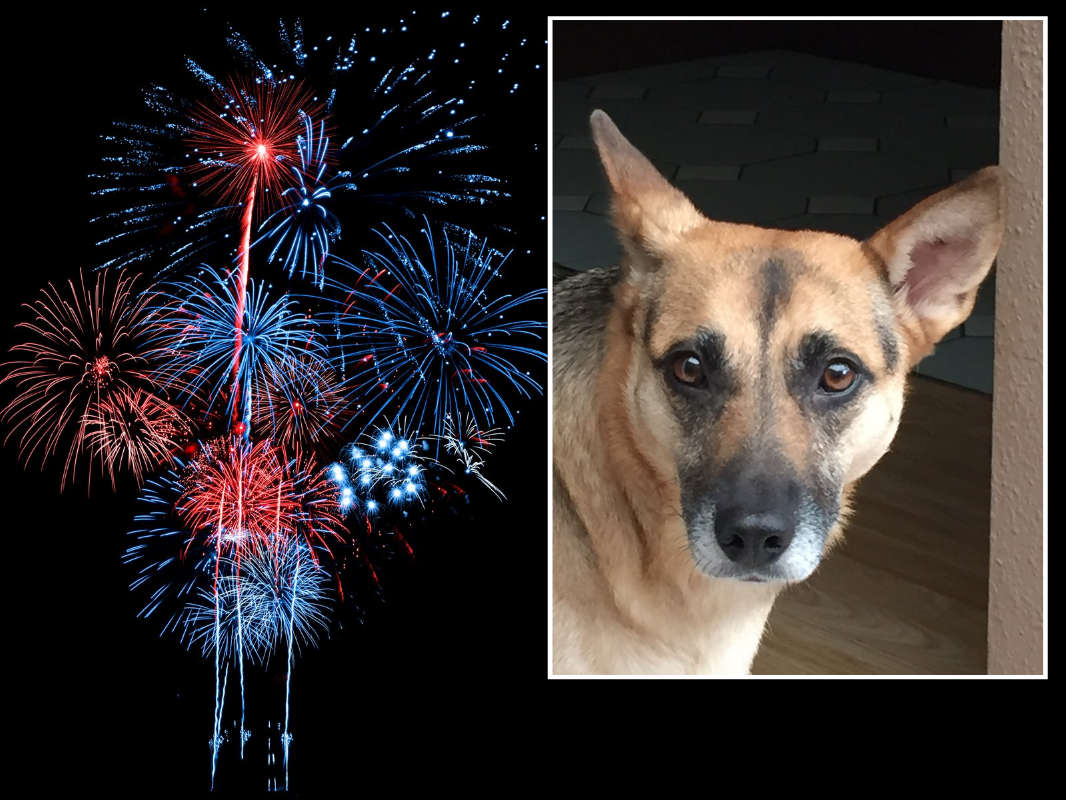 An Isle of Wight man, who blames fireworks for the death of his beloved dog, is pleading with Islanders to "be considerate" of pets ahead of New Year celebrations.

A neighbour set off fireworks, which Robert believes led to her collapsing, violently shaking, and losing her life.

Robert, who has five other rescue dogs, said:

“Zena was around six years old, she’d lived with me about four years as she’d previously been in the
care of a local rescue centre.

“I knew from Zena’s history that she was a very nervous and anxious dog, on days we were expecting fireworks or
thunderstorms I’d always try to make sure the dogs ate and settled early in the evening.

“Zena would have her own safe space - her crate covered in a blanket, or she would like to sit on the sofa and watch TV.

“I was just giving her her food when this firework went off, we weren’t expecting it so early in the day and she was terrified. She collapsed immediately, shaking, then within minutes she was gone. She had been absolutely fine up to this point.

“If people want to enjoy fireworks, why does it have to be the loudest ones, and why for weeks on either side of the actual date? Being more considerate could save a dog like Zena’s life.”

With many large public displays cancelled this year the RSPCA fears people will take to DIY firework displays in their gardens, and neighbouring animals could be left shaken or injured as a result.

“The RSPCA’s Bang out of Order campaign is calling for regulation changes to the way we use fireworks.

“We’d like to see a restriction in use to specific traditional dates - not the days and weeks either side of them - a reduction in noise levels, public fireworks displays to be licensed and private firework boxes to be labelled with noise levels so people can choose low noise fireworks.

“We know from the response to this well established campaign that the vast majority of the public are behind us on this issue - we would encourage anyone who wants to do their bit to email their MP via our website to make their feelings known.

“We have seen some terribly sad stories of all kinds of animals from dogs and cats to rabbits, horses and deer left traumatised and injured by fireworks as they do not understand what is happening and in some instances their owners have no prior warning to help prepare them.

“If you are thinking of having a fireworks display please consider where you live and who is around you before going ahead.”

An online reporting system set up for the first time this year has so far received more than 11,000 reports of animals terrified by fireworks, with more expected over New Year.

For information about the RSPCA’s #BangOutOfOrder campaign you can visit here. Tips to help animals during fireworks season can also be found here.