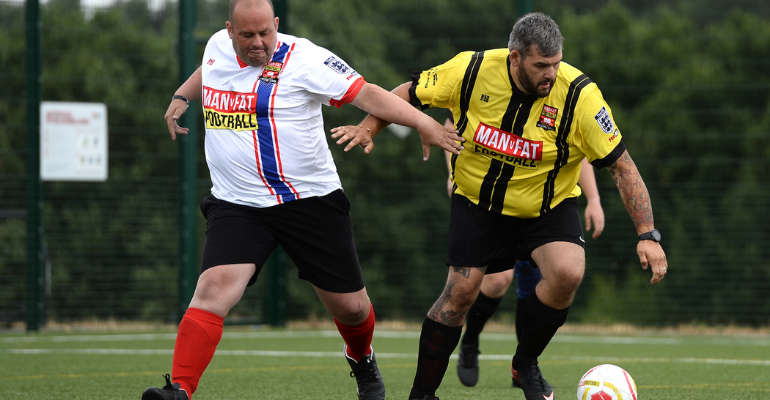 A six-a-side football programme that has already helped more than 6,000 men across the UK tackle obesity is set to kick-off on the Isle of Wight this month.

Organised by MAN v FAT Football, the programme will take place on Tuesday evenings from January 18 at The Bay CE School in Sandown, with Isle of Wight Council funding available.

The football clubs are specifically aimed at overweight and obese men with a BMI above 27.5. On the Isle of Wight, 62.3% of adults – and 68% of men - are either overweight or obese, which could equate to as many as 35,500 men across the island.

MAN v FAT, an FA-affiliated scheme, currently has 6,000 players taking part at more than 100 clubs across the UK. The programme was created by Andrew Shanahan as an alternative to traditional weight loss classes.

Before matches players are weighed, followed by a 30-minute game of six-a-side, with goal bonuses awarded to teams based on the amount of weight players have lost.

“We are delighted to be expanding our programme to the Isle of Wight following many successful years of helping men lose weight and improve their lifestyle elsewhere in the country.

Players can join up at www.manvfat.com/football and they can get more information by calling 0345 163 1042 or emailing [email protected]