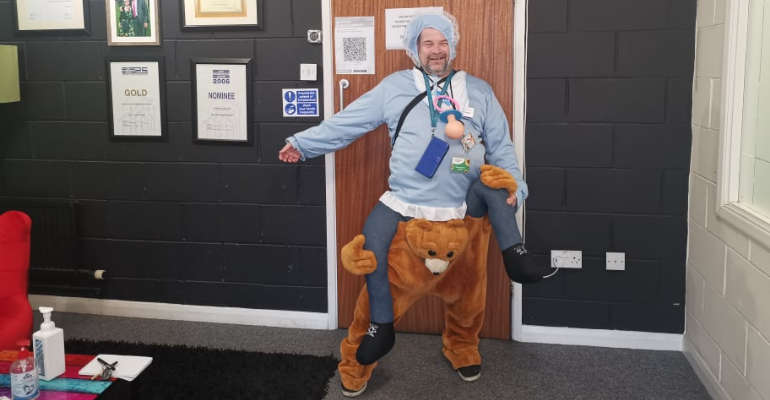 A man from Ryde is lacing up his walking boots yet again, to raise money for Mountbatten in memory of his mum.

Christopher Hayton will be Walking the Wight for the second time — this time dressed as half teddy, half baby. He sadly lost his mum to cancer four years ago and wants to thank the charity for looking after her when she was unwell.

In May, he agreed to have his chest waxed at Charlotte's Academy in Cowes.

In September he completed Walk the Wight as part of his fundraising endeavours,

"Fundraising is an important part of my life.

"I go round telling people jokes to keep their spirits up during the walks."

Kind-hearted Christopher — a volunteer at Friends of the Animals in Ryde — has previously raised money for the IW Air Ambulance, Children in Need and Brading's Donkey Sanctuary.

He has so far raised £150 after signing up for this year's walk. Head to https://justgiving.com/fundraising/christopher-hayton3 to donate.