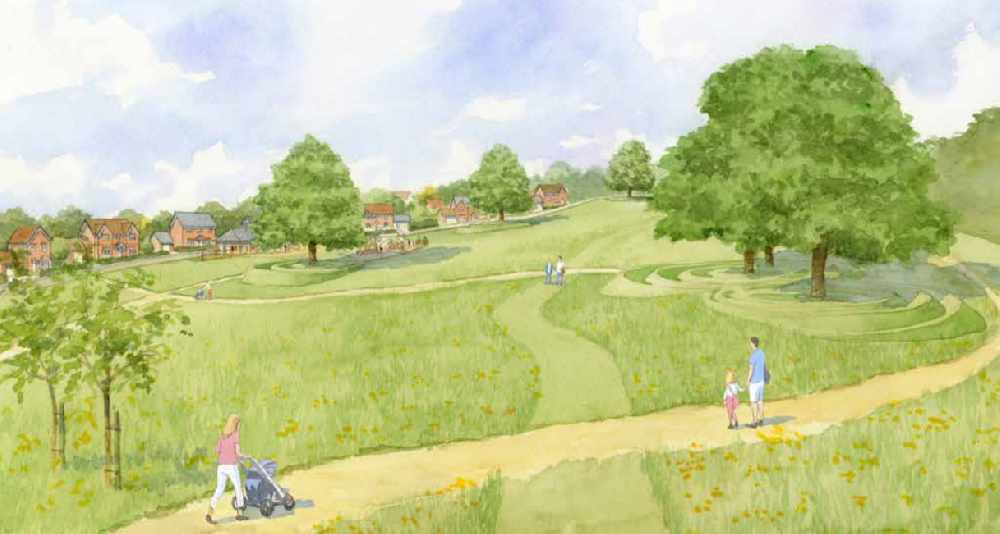 A Councillor has branded proposals to build 475 homes on the edge of Ryde 'a total disaster'.

Councillors on the Nettlestone and Seaview Parish Council planning committee last week unanimously agreed to object to Captiva’s West Acre Park development that would be built on farmland.

Plans were submitted to the Isle of Wight Council earlier this month for a GP surgery, cafe and office space to be built along with 475 houses, 116 of those social or affordable rent house.

The objection from Nettlestone and Seaview Parish Council adds to views from mayor of Ryde, Michael Lilley, and Isle of Wight MP Bob Seely, who both do not wish for plans to go ahead.

At the meeting last Wednesday, Cllr David Adams, said he felt there were major issues coming with the development, leaving him with many reservations.

One of his main points was that the development would be built on one of the last working dairy farms on the Island, Westridge Farm, who had already lost acres of their land to another Captiva development.

He said: “This is a working farm that is still successful, not a brownfield site — this would be a total disaster.”

In its letter of objection, the parish council said Westridge Farm, which is run by the Holliday family and has been for the past 54 years, should be encouraged to thrive and expand its production to the benefit of the community rather than being lost.

As a whole, the parish council objected to potential environmental risks as outlined in the Environment Agency’s objections to the plans and the need to preserve the UNESCO Biosphere status which, while the status supports sustainable building, would see the development cut up the natural environment to recreate it around housing.

The council also worries the application would merge the separate entities of Nettlestone and Seaview with Ryde, eroding the historic and natural countryside between the parishes.

Comments on the planning application (20/01061/FUL) are being accepted until September 11.