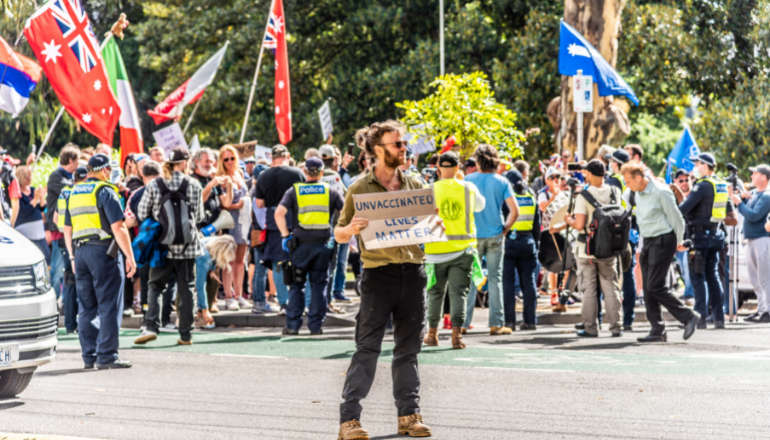 Novak Djokovic has not been arrested despite claims made to Sky News by his father earlier this morning (Monday).

Australian newspaper, The Age, said it understands that immigration minister Alex Hawke is still deciding whether to re-cancel the world number one tennis player's visa, though time is running short for him to do so.

There is confusion at present as to where Djokovic is, though claims add there is no police or border force presence outside his lawyer's offices.

Earlier, Djokovic's father claimed his son had been "arrested" by the Australian government. Meanwhile, his brother told Serbian local media that the tennis champion is currently with his lawyers.

BREAKING: The father of Novak Djokovic has told Sky News that his son has been "arrested".

Sky reporter Nicole Johnston says there is confusion however, as his brother told Serbian media that the tennis player is currently with his lawyers.

Some journalists believe the significant police presence is likely "because of the media pack, the public attention, the high profile case and the fact Novak Djokovic is inside".

Karen Sweeney, of Australian Associated Press, added she hoped we would hear from ministers before any further action is taken.

These look to be Victoria Police officers. They're likely just there because of the media pack, the public attention, the high profile case and the fact Novak Djokovic is inside. https://t.co/T28nF3Aqoh

This morning saw hundreds of people gathered in Melbourne as Djokovic faced the Federal Circuit Court to appeal the cancellation of his visa.

A court reinstated his documentation following a lengthy hearing, calling the government's decision to revoke it "unreasonable".

Despite this, there is a possibility the immigration minister could exercise his "personal power" of cancellation as early as Tuesday morning.