P!nk Receives Billboard’s Icon Award And Performs Some Of Her Biggest Songs 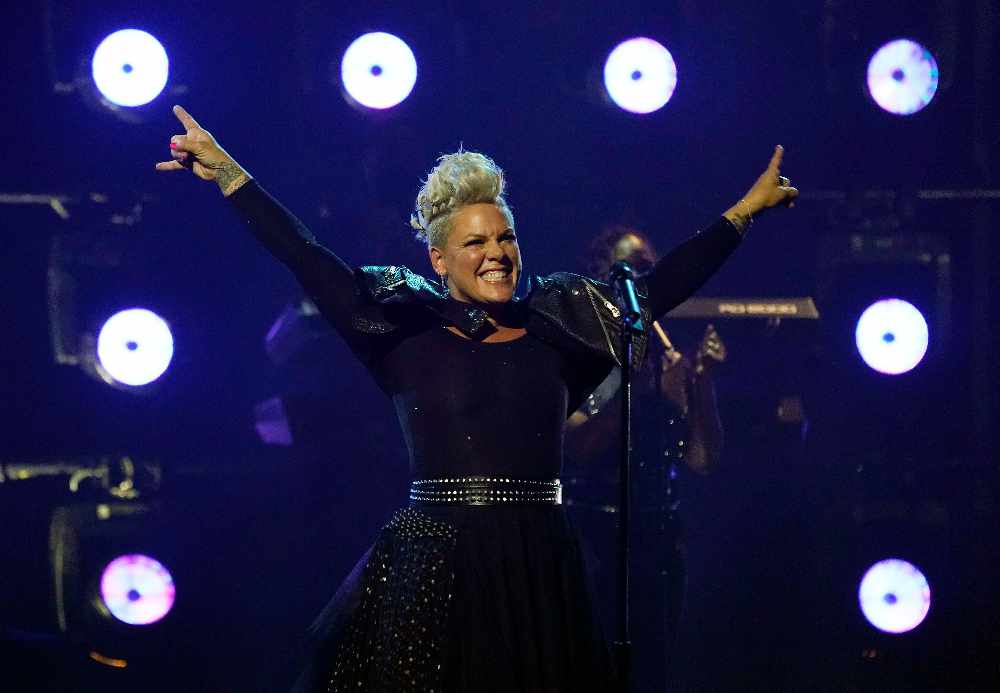 The singer followed in the footsteps of artists including Neil Diamond, Prince and Jennifer Lopez.

Pop star P!nk performed a medley of her biggest hits as she was named an icon at the Billboard Music Awards.

The chart-topping US singer, 41, became the latest recipient of the icon award, following in the footsteps of artists including Neil Diamond, Prince and Jennifer Lopez.

She took to the stage with daughter Willow Sage, nine, and performed aerial acrobatics to their song Cover Me In Sunshine.

P!nk was next joined by a masked guitarist for a stripped-back version of her new single All I Know So Far before launching into an energetic performance of So What alongside backing dancers also wearing face coverings.

She ended the performance with three of her biggest songs – Who Knew, Just Like A Pill and Just Give Me A Reason.

P!nk was introduced to the stage by her friend Jon Bon Jovi and joked he left her heartbroken as an eight-year-old when he married wife Dorothea.

In her acceptance speech, she said: “I love what I do and I love the people I get to do it with. And we’re pretty good at what we do but it wouldn’t matter if no-one came to see us and play with us, so all you guys out there and around the world, thank you for coming out, thank you for letting us all heal together, I cannot wait until we can do it again, until we can just sweat all over each other.

“This is an absolute honour – dream big, because what if it comes true?”

Billboard said the icon award recognises “outstanding artists who have achieved excellence on the Billboard Charts and have made an incredible mark on music itself”.

P!nk’s four number one singles on the Billboard Hot 100 include So What, Raise Your Glass and Just Give Me A Reason.

Her last three albums – Hurts 2B Human, Beautiful Trauma and The Truth About Love – have all topped the US charts.