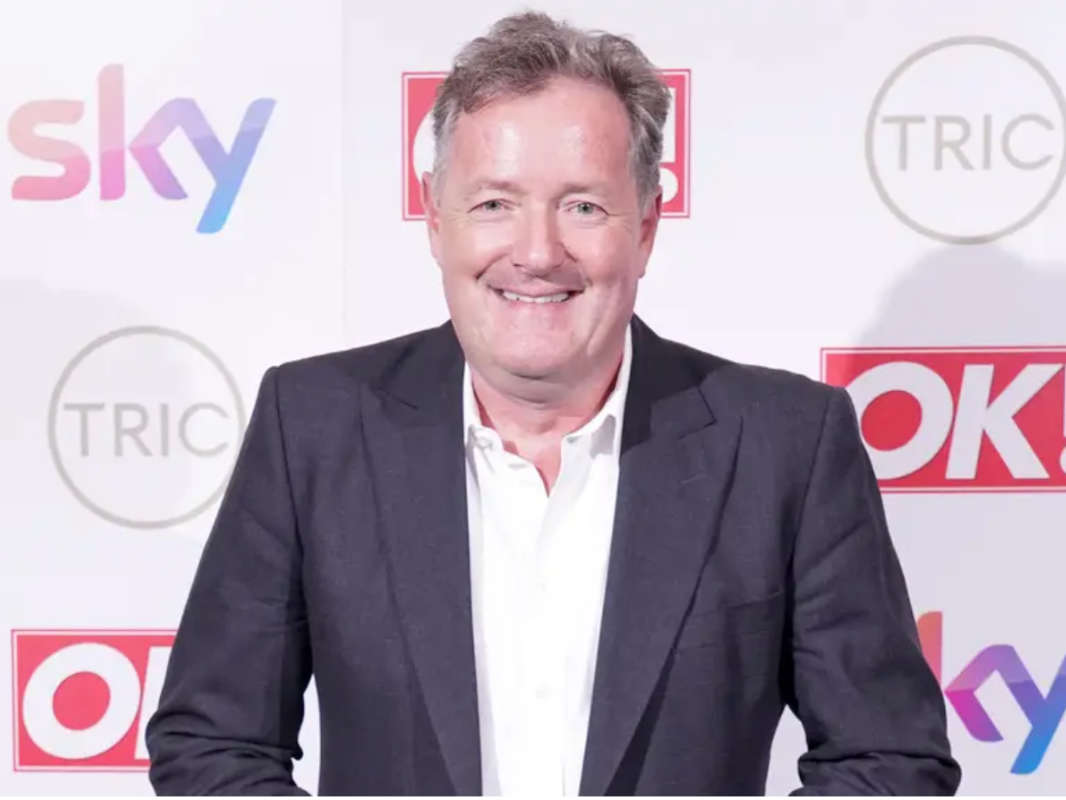 Piers Morgan has warned “cowardly threats have consequences” after he reported death threats sent to him and his son to the police.

The TV star reportedly received messages telling him he was “a marked man” and it was a “promise” that he was “getting killed”.

The troll also threatened Morgan’s son Spencer, 28, who was told he would “get it” if his dad did not.

A suspect has been arrested for allegedly making death threats, according to The Sun newspaper, where Morgan is returning as a columnist. 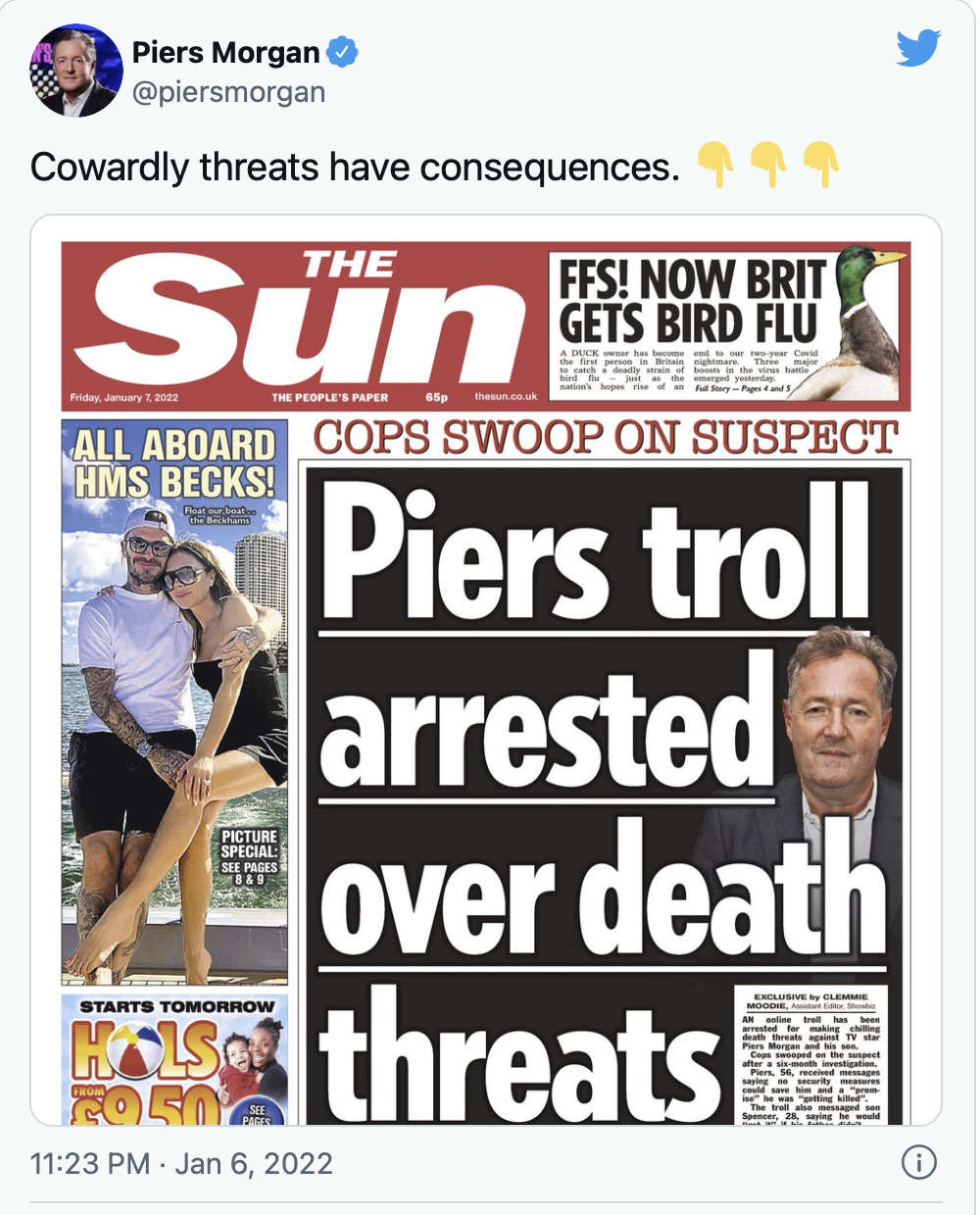 “People think it’s perfectly OK to make death threats to public figures on social media but it’s not — there has to be a line drawn, especially when family members are targeted.

“That’s why I reported it and I am grateful to the Met Police and Greater Manchester Police for taking it so seriously.”

The Metropolitan Police and Greater Manchester Police have been contacted for confirmation.