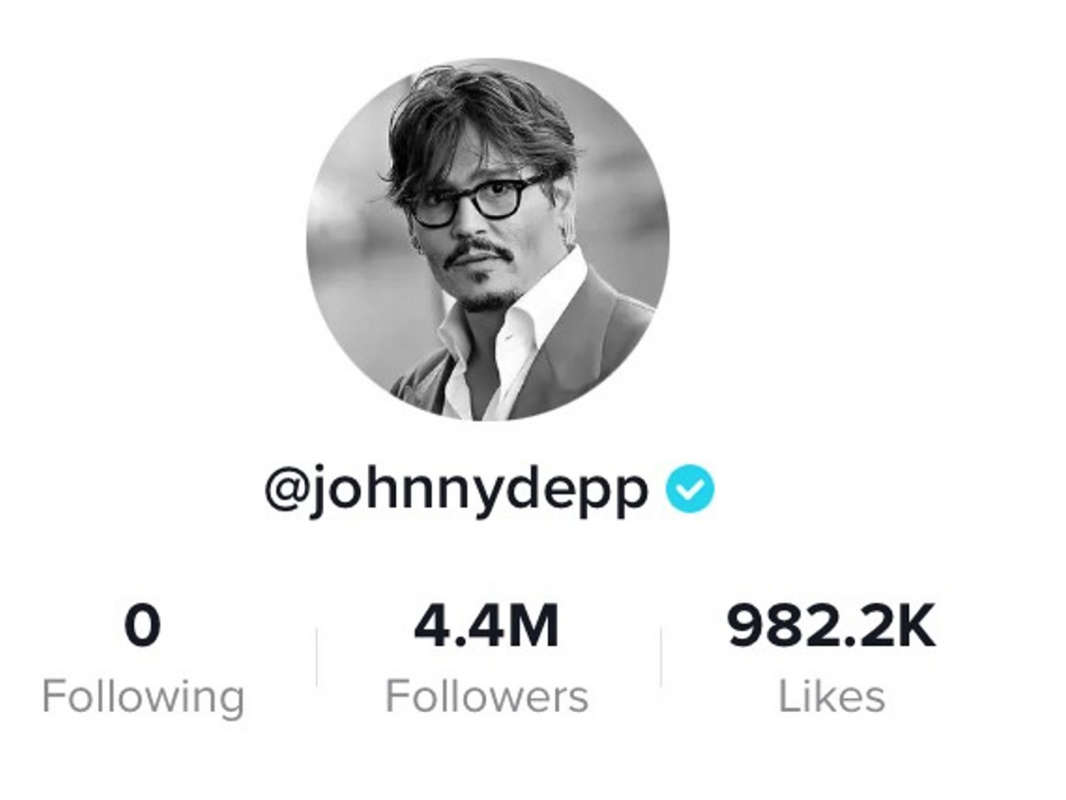 In only 24 hours Johnny Depp has amassed more than 4.4 million followers on TikTok - and more than three million joined without him posting a single piece of content.

The actor's biography on his verified profile reads "Occasional Thespian".

Depp, 58, who won his defamation case against his ex-wife Amber Heard less than a week ago, thanked his fans for their support in the only video he has posted so far on the social media platform.

He called them "treasured, loyal and unwavering".

Over clips of him playing in his band and greeting fans outside court, he adds:

"And now we will all move forward together....

A jury found that a 2018 article Heard wrote for The Washington Post about her experiences as a survivor of domestic abuse was defamatory and awarded $10.354m (£8.2m) in damages to Depp.

Heard won on one count of her counter-claim, successfully arguing that Depp's press agent defamed her by claiming her allegations were "an abuse hoax" aimed at capitalising on the #MeToo movement.

Depp was not in court for the jury findings last Wednesday and has instead been touring the UK with the musician Jeff Beck.

On Sunday evening he booked out an entire 300-cover curry house in Birmingham for £50,000.

Depp and Beck arrived with about two dozen members of their tour crew from 7.30pm, enjoying a three-course dinner of chicken tikka shashlik, vegetable samosas and a king prawn starter.

They took photos with staff, with operations director Mo Hussain saying Depp was "very humble" and left a "large tip".