Duchess Of Sussex Releases Children’s Book With Nods To Harry, Archie And Lili 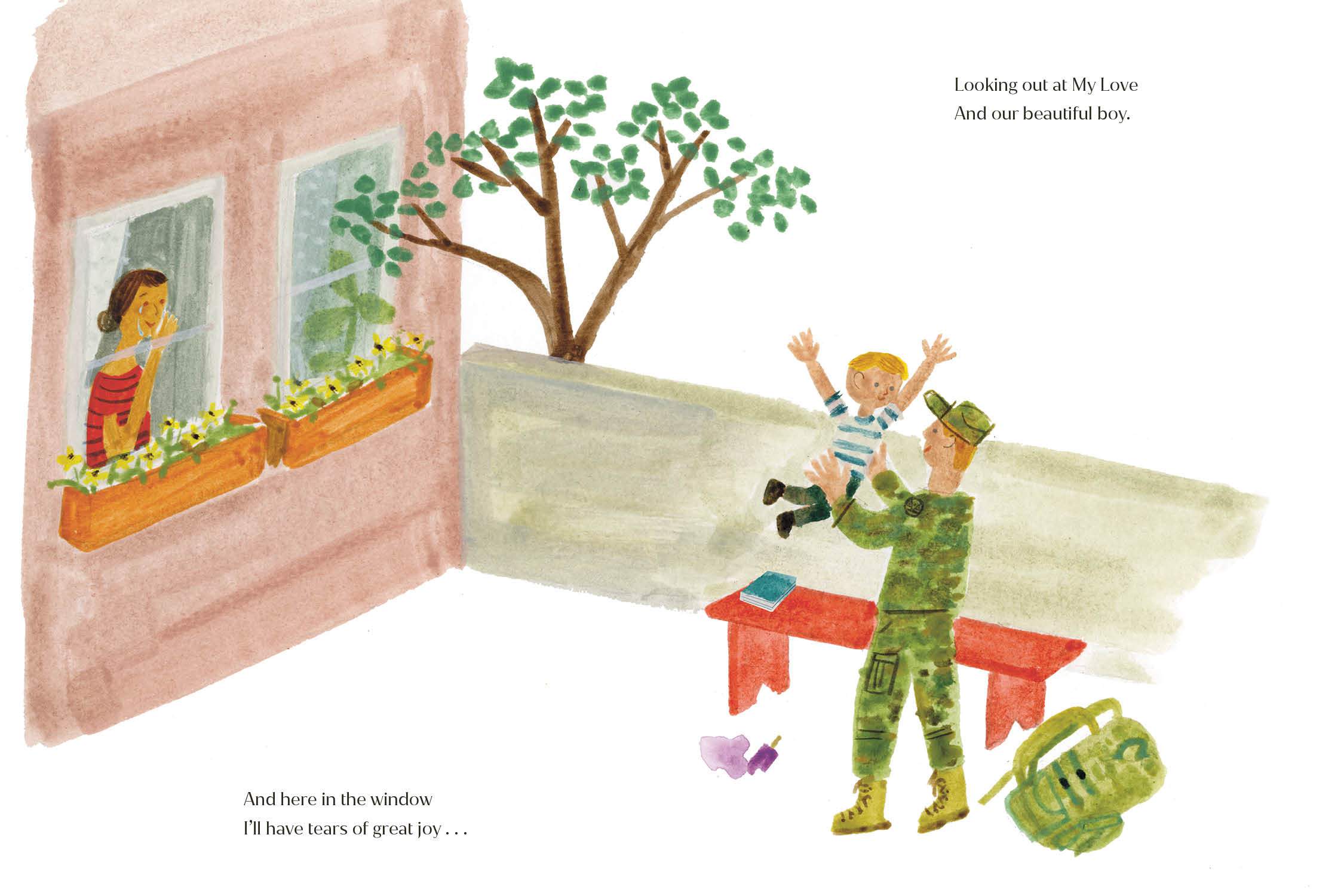 The Duchess of Sussex has released a children’s book inspired by the relationship between her husband and son.

The book is dedicated to “the man and the boy who make my heart go pump-pump”, a touching reference to the Duke of Sussex and their two-year-old son Archie.

The Bench’s final illustration features a ginger-haired man helping a young boy feed chickens while a dark-haired woman stands in a garden cradling a baby – possibly a nod to Lili.

The scene appears to be heavily influenced by Harry, 36, and 39-year-old Meghan’s life in Montecito, Southern California.

As well as the chickens – which appeared during the broadcast of the couple’s bombshell interview with Oprah Winfrey in March – two dogs also feature in the illustration.

The duke and duchess also have two dogs – a black Labrador named Pula and a beagle named Guy.

The Bench is on sale now and features work by award-winning artist Christian Robinson, with the duchess narrating the audiobook.

The first illustration features a bearded ginger father – who bears a resemblance to the duke – cradling a smiling baby on a bench under a tree.

The text reads: “This is your bench, where life will begin, for you and our son, our baby, our kin.”

Further into the book a black father lies asleep on a bench holding his son closely. The boy sweetly clutches a toy giraffe in one hand while holding his father’s hand in the other.

The text reads: “From here you will rest, see the growth of our boy.”

In another illustration, a father and son duo each wear pink tutus while performing ballet poses.

The accompanying words read: “You’ll love him. You’ll listen. You’ll be his supporter.”

Alongside a picture of a father and son playing with toy dinosaurs, Meghan wrote: “When life feels in shambles, you’ll help him find order.”

The duchess also makes an apparent reference to the popular 1964 children’s book The Giving Tree from author Shel Silverstein.

To accompany an illustration of a father and son sharing lunch on a park bench, Meghan wrote: “You’ll sit on his bench, as his giving tree.”

Another page is illustrated with the words: “He’ll feel happiness, sorrow, one day be heartbroken. You’ll tell him ‘I love you,’ those words always spoken.”

A father using a wheelchair also features in The Bench.

He is drawn fixing his son’s shoes alongside the text: “This is your bench, for papa and son.”

It continues on the next page alongside a father and son wearing turbans: “To celebrate joys and victories won.”

The Prince of Wales memorably remembered his father, the Duke of Edinburgh, as “dear papa” following his death in April.

One illustration from the book is accompanied by the words: “Looking out at my love and our beautiful boy. And here in the window I’ll have tears of great joy…”

The picture shows a weeping woman watching through a ground floor window as a soldier, in army combat uniform, throws his son in the air, apparently having returned home.

Over the final pages, the passage reads: “Right there on your bench, the place you’ll call home… With daddy and son… Where you’ll never be ‘lone.”

The last five words of the book accompany the drawing apparently showing the couple’s idyllic lifestyle in California, where they moved to after stepping down as working royals for financial and personal freedom.

The book is the second publication the duchess has been involved with after being the driving force behind Together – a cookbook featuring recipes from Grenfell Tower women.