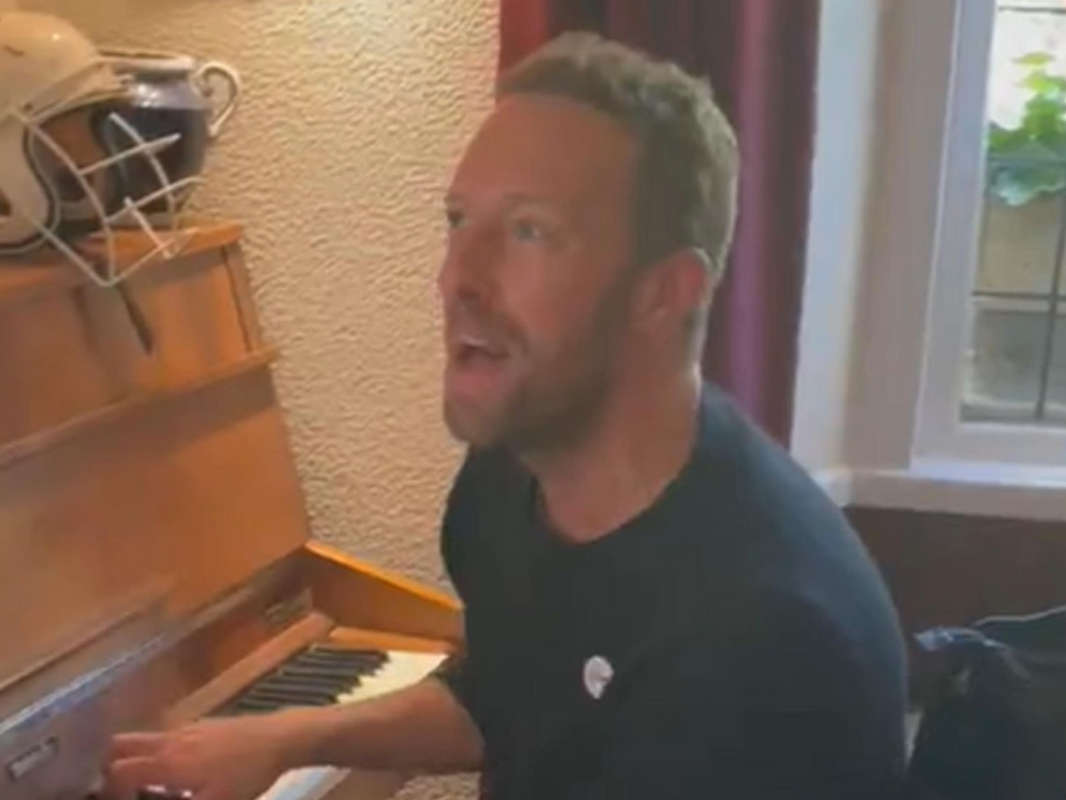 A pub owner has said it felt like Glastonbury had been brought to him after Coldplay frontman Chris Martin stopped by and played the piano for lucky bargoers.

Chris Parkin, 47, described "the most surreal five minutes ever" as the star and his girlfriend, actress Dakota Johnson, visited The Stag Inn in Hinton Charterhouse late on Sunday afternoon.

The singer-songwriter hopped onto the piano after a couple at the pub, currently planning their wedding, mentioned their first song will be Coldplay's A Sky Full of Stars.

Mr Parkin said Martin asked whether he wanted him to play it.

In a video posted by the pub, the star asks the couple their names before playing his band's hit song to the room.

The pub owner said: "It was really brilliant, a brilliant moment.

"It's always a little bit of a shock, things like that.

"It was one of those things where you go, 'Right, this is happening'," he added.

Mr Parkin said he had been to every Glastonbury since 1995 but having stopped attending over the last few years, did not feel as though he had missed out this time thanks to Martin's visit.

You never know who might pop in for a pint! @coldplay what a lovely man he is. pic.twitter.com/V3INYbD0rB

"I saw their first Glastonbury gig and I've seen every other Glastonbury they've ever done so I've kind of watched them develop as a band.

"Love them or hate them, they are part of British culture, aren't they? That's the thing."

When Martin first walked into the pub, Mr Parkin said he saw Martin and said "he looks a bit like Chris Martin".

The pub owner said he did not recognise Dakota Johnson until staff in the kitchen pointed out who she was.

He also introduced Martin to his 13-year-old son, Alfred, who is a budding pianist.