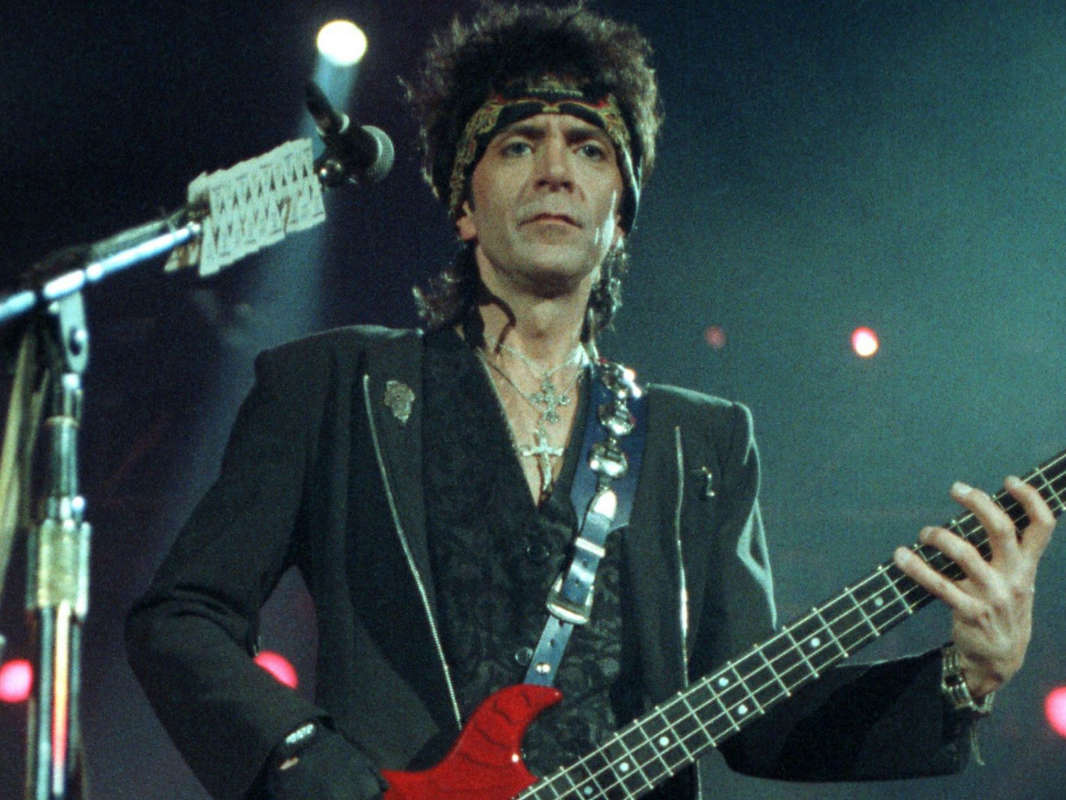 A founding member of Bon Jovi, former bass player Alec John Such, has died, the band has announced.

His former bandmates said they are "heartbroken" to hear of his death and praised him as "integral" to the formation of the band.

The band announced the news on Twitter on Saturday evening but did not provide details of how or when Mr Such, 70, died. 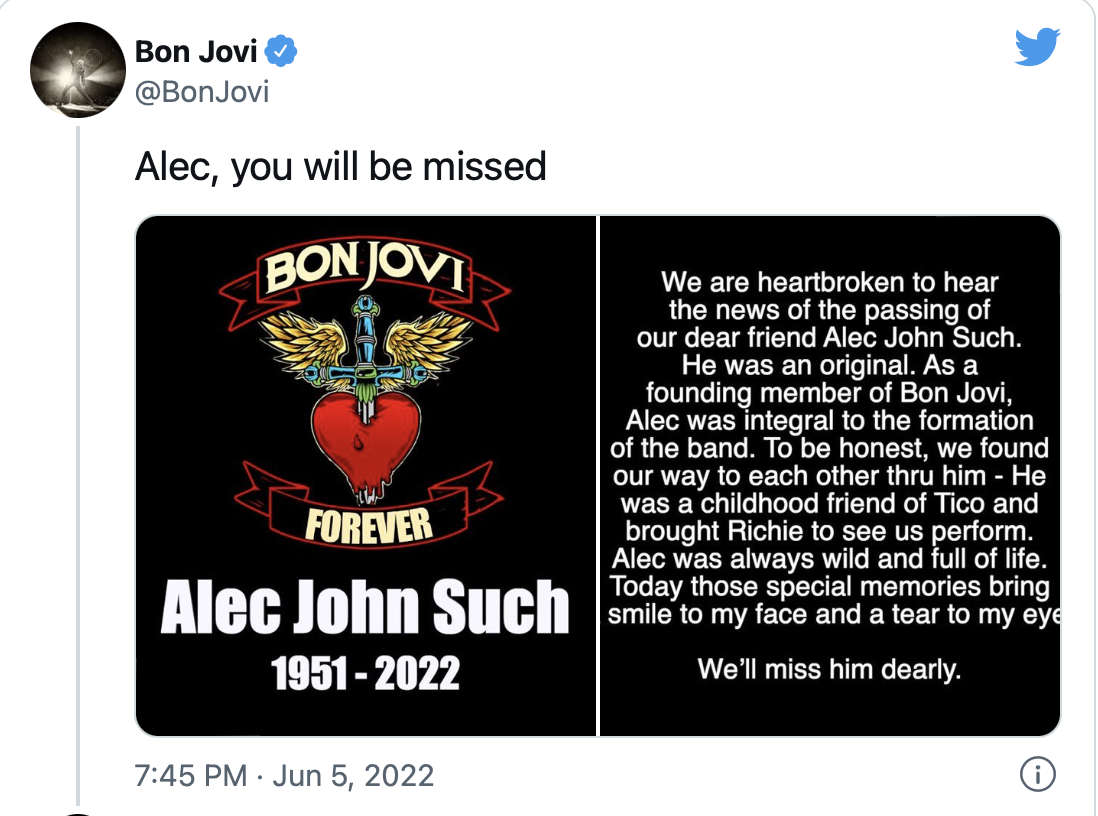 They said in a statement:

"We are heartbroken to hear the news of the passing of our dear friend Alec John Such.

"He was an original. As a founding member of Bon Jovi, Alec was integral to the formation of the band.

"To be honest, we found our way to each other thru him - He was a childhood friend of Tico and brought Richie to see us perform.

"Today those special memories bring a smile to my face and a tear to my eye.

Mr Such was one of the founding members of the New Jersey rock band and appeared on their debut album Bon Jovi in 1984.

The band cracked the Top 40 with their first single "Runaway" before achieving huge success with their third album "Slippery When Wet" which sold more than 20 million copies.

The record included three Top 10 singles including rock classic "Livin' on a Prayer".

Such departed the band in 1994, when he was replaced by bassist Hugh McDonald.

He later re-joined the band for its induction into the Rock & Roll Hall of Fame in 2018.