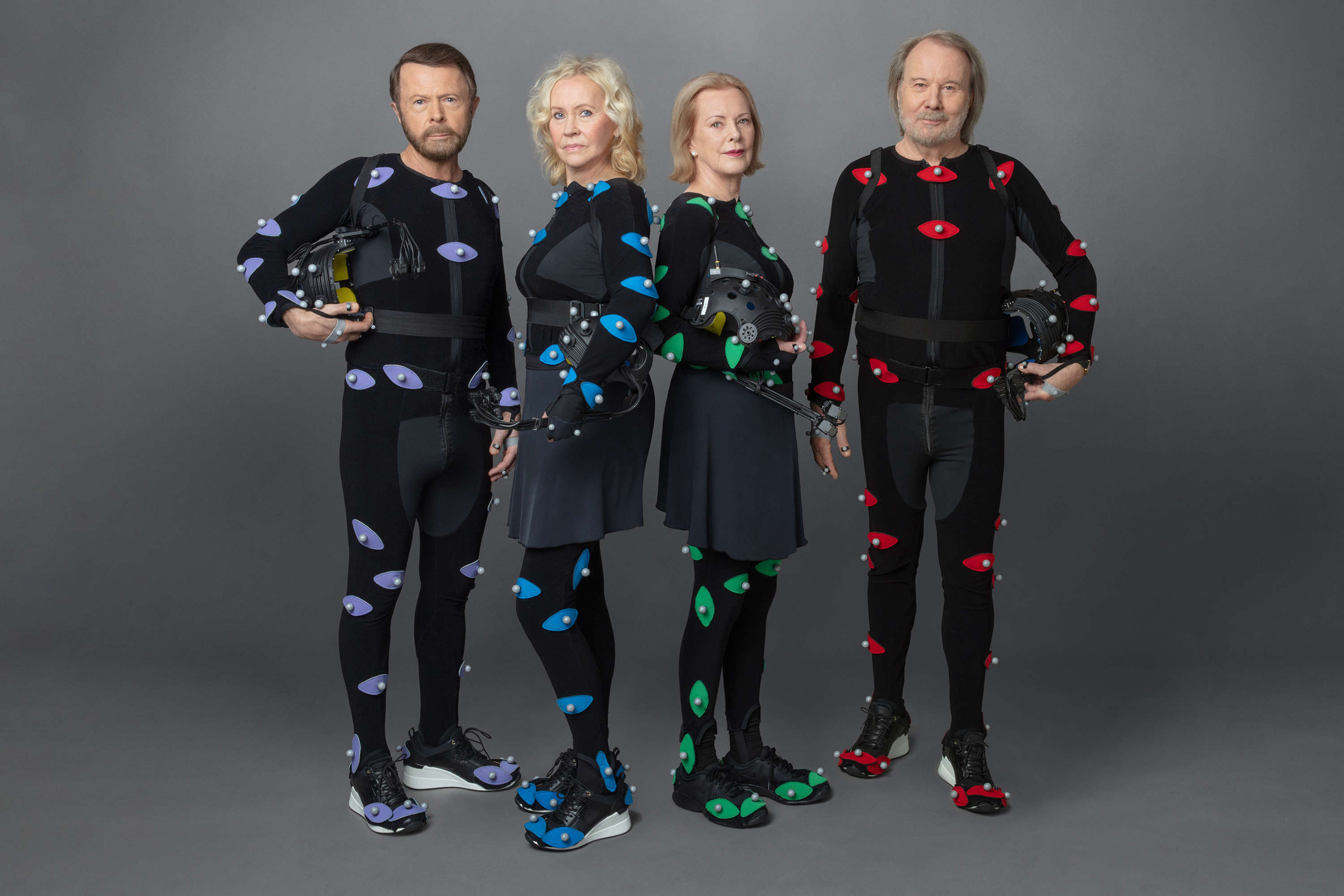 Abba have announced their first album in nearly 40 years and unveiled a “revolutionary” digital concert show.

The Swedish band – Bjorn Ulvaeus, Agnetha Faltskog, Benny Andersson and Anni-Frid Lyngstad – recorded the 10-track effort after reuniting to film the concert performance, which will feature “Abba-tar” versions of themselves.

Both projects will be titled Abba Voyage and the album will consist entirely of new material recorded by the quartet, known for hits such as Dancing Queen, Super Trouper and Waterloo, in Andersson’s studio in Stockholm.

The concert, meanwhile, will feature younger versions of the band performing songs from their back catalogue with a live 10-piece band and will take place at a purpose-built site in the Queen Elizabeth Olympic Park in east London.

The “Abba-tars” were created through months of motion-capture and performance techniques with the four band members and an 850-strong team from Industrial Light and Magic, the company founded by George Lucas, in its first foray into music.

The tracks, piano ballad I Still Have Faith In You and the up-tempo Don’t Shut Me Down, were played publicly for the first time during the press conference, hosted by Zoe Ball, at the top of the Orbit sculpture looking down at the site.

The BBC presenter said: “We are here for one reason and one reason only. Abba are back together officially.”

Attending in person, Ulvaeus and Andersson told how the album had emerged after the quartet reunited on stage.

“At first it was just two songs and then we said, ‘Well, maybe we should do a few others’,” Andersson said.

Ulvaeus explained the meaning behind new song I Still Have Faith In You, saying: “It is about realising it is inconceivable to be where we are. No imagination can dream up that.

“To release an album after 40 years and still be the best of friends and enjoying each other’s company and still have total loyalty. Who has experienced that? Nobody.”

Andersson said the band had chosen to host their digital concert in a purpose-built site in east London because it was “the best city to be in”.

He added: “When it comes to entertainment – theatre, musicals, concerts – it is all here. It has been here for years and years and years. There is a big audience travelling here for that reason. It was a no-brainer.”

Ulvaeus quipped: “We have always felt the Brits see us as their own.”

He said the record would feature “a mixture of everything like it has been on our records throughout the years” including a “little Christmas tune”.

He joked that the band were not “competing with Drake and all these guys” and had instead written the kind of music that made them happy.

Their last album of new material, titled The Visitors, was released in November 1981 and they parted ways soon after, despite never officially splitting up.

Last month the band sparked excitement among fans as they launched a website called Abba Voyage, which asked fans to register on the landing page and teased, “The wait is nearly over …” and on Monday they joined social media site TikTok.

The pop group were catapulted to worldwide success after winning the Eurovision Song Contest with Waterloo when the event was held in Brighton in 1974.

They have since sold more than 400 million albums and singles.

The popular quartet parted ways after last performing together in 1982 following a successful 10-year stint.

In 2018 they announced they had recorded new material, but the release of the songs has been delayed.

The musical Mamma Mia!, based on their songs, premiered in London in 1999 and became a worldwide hit.

Dan Chalmers, director of YouTube Music EMEA, said: “We are thrilled to host this moment in pop music history on YouTube, not only partnering with Abba to showcase their first new music in 40 years but also capturing Abba fans around the globe and their reactions to this monumental occasion.

“This is a first-of-a-kind multi-city, global event for YouTube and will mark a new era for Abba in a way that will live on forever on the platform.”

Abba Voyage will open on May 27 2022 at the 3,000-capacity Abba Arena at Queen Elizabeth Olympic Park in London. The album will be release on November 5.