From London To Buenos Aires, These Have Been Named The Best Bars In The World 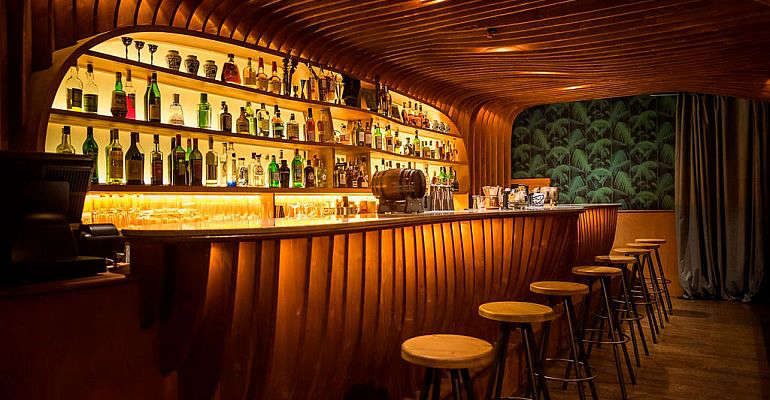 If you want your next cocktail to be really special, don’t just walk into any old establishment – kick things up a notch by going to one of the best bars on the planet...

This year’s list of the World’s 50 Best Bars has been announced, with London-based watering holes making two appearances in the top five. Other entries include Shanghai bars with cocktail lists inspired by astrology, and art deco speakeasies in Mexico City.

Here’s a glimpse into the top five, and a look at some of the quirkiest other bars on the list…

1. Connaught Bar, London: The awards describes Connaught Bar as “the quintessential London hotel bar”, but with an Italian flair. This is the second year in a row it’s claimed the top spot, showing it’s worthy of a visit – just make sure to order the signature dry martini.

2. Tayēr + Elementary, London: This is a bar of two halves: first you have Elementary, in a relaxed, industrial-style space with big windows – and all the mixed drinks come pre-made, on tap. When you pass through a partition you’ll reach Tayēr – it’s darker, sexier, and the elaborate cocktails are made to order.

3. Paradiso, Barcelona: Not all is as it seems at Paradiso: to enter the bar, you first have to walk through a fridge door in a pastrami shop. Inside, the speakeasy is housed within curved wooden panels, and the drinks can be extravagant events – from a negroni served inside a mini dry ice ‘volcano’ to cocktails drunk from large shells.

4. The Clumsies, Athens: This impressive establishment is housed in a townhouse, with multiple floors of moody bars, rustic wooden tables and a pool table. According to the awards, at The Clumsies you can order “some of the most inventive cocktails that can be found anywhere”.

5. Florería Atlántico, Buenos Aires: This basement bar is hidden underneath a florist-meets-wine store, and pays tribute to Argentina’s indigenous communities with its cocktail menu.

A taste of the rest…

Salmon Guru, Madrid: The drinks at Salmon Guru have to be seen to be believed, with CN Traveller calling them “sippable works of art”. Cocktails are served in everything from a porcelain fire-breathing wolf to a glass egg – and the decor is just as outlandish to match.

El Copitas, St Petersburg: Transport yourself to Mexico in this St Petersburg bar dedicated to all things agave. Small but perfectly formed, expect tequila, mezcal and Mexican snacks to go with your drink.

Atlas, Singapore: This ornate art deco bar has one particularly standout feature: an impressive tower of 1,300 different brands of gin. With leather booths and a plush red carpet, it feels straight out of the Great Gatsby.

Drink Kong, Rome: The awards proclaims Drink Kong has “one of the coolest decors” in the business. Interiors are like a “Japanese Blade Runner”, with minimalist furniture and neon lights everywhere.

1930, Milan: Don’t expect easy entry to this mysterious Milanese bar. The address is secret – there’s no website and you won’t be able to Google it. You’ll have to charm your way into the bar, knowing the right people to ask instead. Once there, this establishment is all about Prohibition-era glamour and modern drinks (apparently).