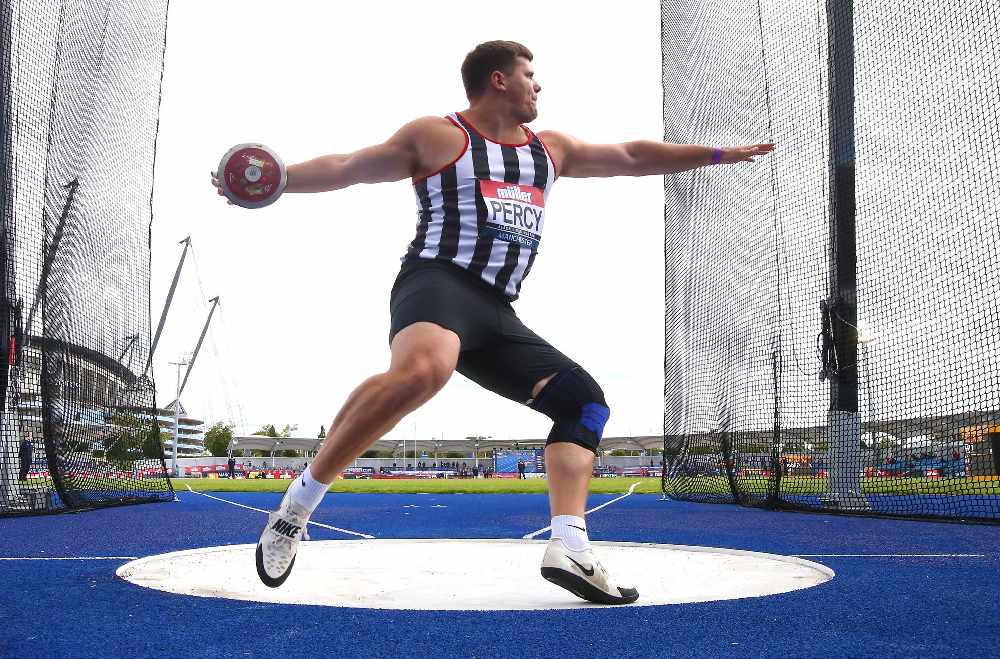 Isle of Wight discus thrower Nick Percy has retained his British title for the fourth time after winning gold at the British Athletics Championships in Manchester this weekend.

Nick, 25 from Bonchurch, threw a distance of 59.74m to secure his gold medal and defend his British title.

It has been an unusual summer for Nick who due to lockdown had to build his own throwing circle in his family’s garden, making use of trees and netting. Nicknamed the ‘Garden High Performance Centre’, Nick was able to continue to practice his technique at home until local facilities reopened.

Nick is a member of the Isle of Wight Athletic Club and is also supported with travel to training and competitions by Wightlink via the council’s Talented Athlete Scheme.

“I have been training hard this year in unusual circumstances for this competition, which I wasn’t even sure would go ahead, so I am really pleased to have been able to compete and come away with the win. It wasn’t my best performance by far as I have been throwing further in training but overall I am very happy with the result in what has been a far from normal season.”

“We’re incredibly proud to support Nick through the Talented Athlete scheme and are so pleased to see him retain his British title. This is testament to his hard work and commitment – especially through these difficult times - he is an inspiration to all of the athletes we support on the Isle of Wight.”