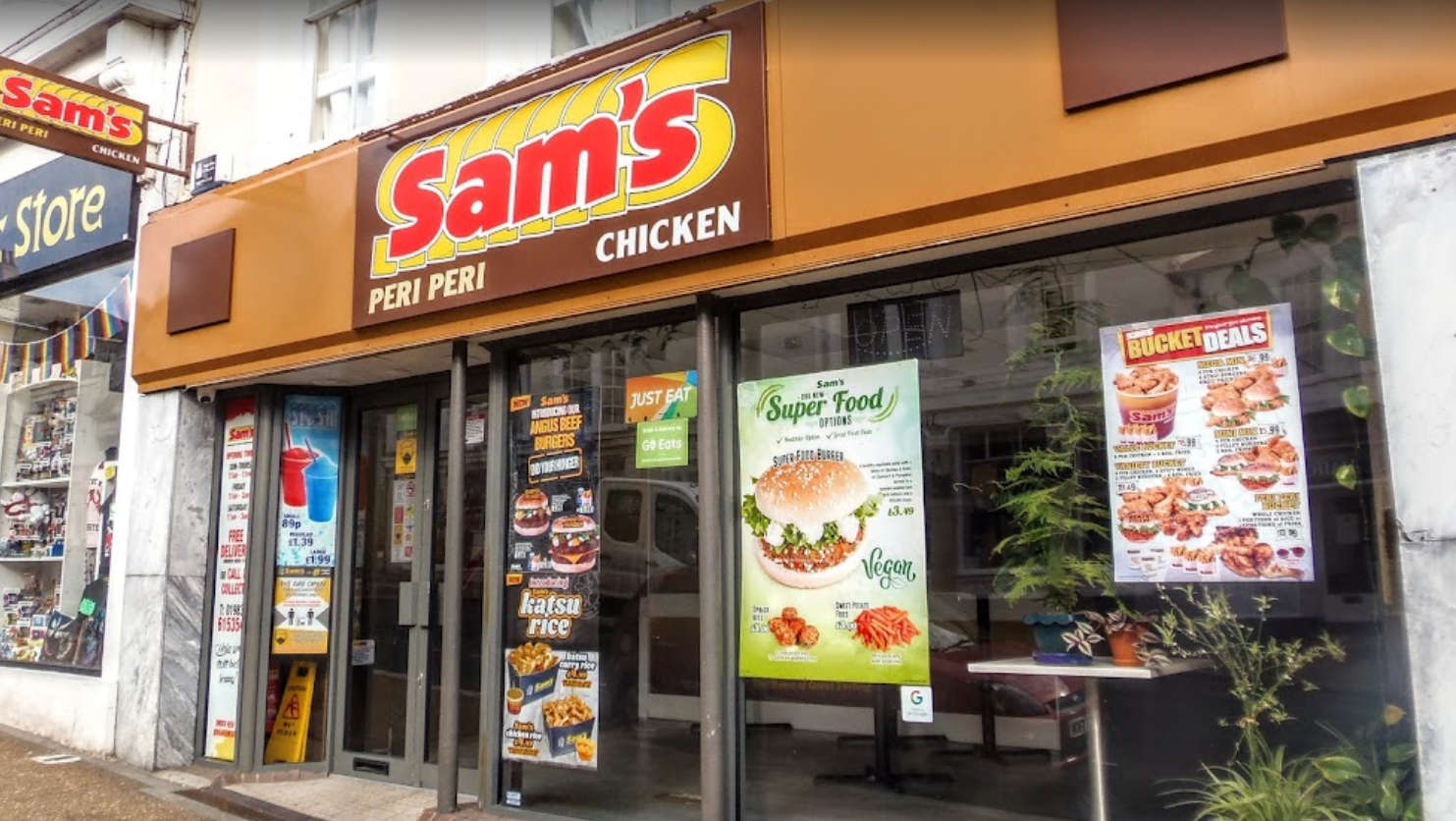 Workers not washing their hands, a mouldy chopping board and the potential for dead flies in your food are some of the shocking standards at a Ryde takeaway.

Environmental health officers from the Isle of Wight Council have slapped Sam’s Chicken fast-food restaurant and takeaway on Union Street with the worst score possible, finding urgent improvement was necessary.

The Isle of Wight Council, however, says following the zero-star rating, it has worked with the operators of the premises to ensure urgent improvements were made.

A council spokesperson said inspectors revisited the premises where standards “were found to be greatly improved”.

One of the main issues the council found was the lack of handwashing at the establishment, with floury fingerprints on ‘practically every piece’ of equipment and work surface throughout the kitchen.

Officers saw staff handling raw chicken but not washing their hands before touching anything else.

The wash hand basin in the kitchen, however, was obstructed from use by a dustbin with chopping boards and knives placed on top of it.

There was also no readily available hot or warm water or materials for hygienic hand drying.

Overall, inspectors remarked there was a poor standard of hygiene with the handles of fridges throughout the kitchen covered in food debris; a microwave’s inside was rusty and dirty, incapable of adequate cleaning, and one of the chopping boards was badly scored and ingrained with mould.

The seal of the chip freezer also had mould growing on it.

Food residue was spilt on the shelves in the chicken fridge and raw meat was found being stored next to and above ready to eat foods in the walk-in chiller.

Behind the cookers and fryers, inspectors saw the floor was covered in grease and old food debris.

In a potential risk of food poisoning, no checks were being made, or documented, to confirm the chicken was being cooked at 75°C or above.

There was also a risk of physical contamination as blue gloves were found turned inside out in the tray of flours and crumbs used to coat the raw chicken and the wire of the food temperature probe covered in carbonated food debris and grime.

Inspectors also noted an electric fly killer was above the bread toaster and chopping board, which they said may lead to the contamination of food by dead flies.

The establishment can request a re-inspection from the council, at a cost, to improve its food hygiene rating if they have improved their standards.