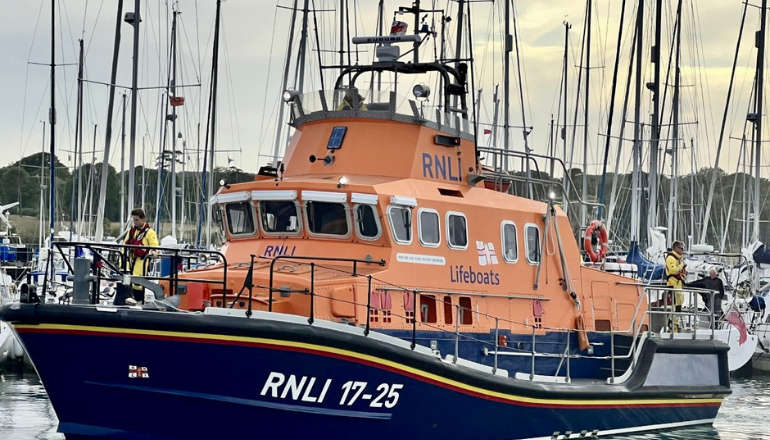 Yarmouth’s Severn class all weather lifeboat was tasked to launch by HM Coastguard this afternoon (Tuesday).

The crew received the call at 1.29pm after a member of the public had tripped and fallen at the base of the cliffs near to Colwell Bay.

Yarmouth RNLI’s volunteer crew headed west out of Yarmouth harbour to the nearby bay, where the Needles Coastguard team and paramedics were already in attendance.

The support of the lifeboat had been requested as the location of the casualty was on terrain that was unsuitable for a land transfer to an ambulance.

Both the casualty — a male with a head injury — and the paramedic were transferred to the lifeboat.

They were then brought to Yarmouth where they were met by a waiting ambulance.

Yarmouth RNLI lifeboat returned to her berth and was ready for service at 2.42pm.