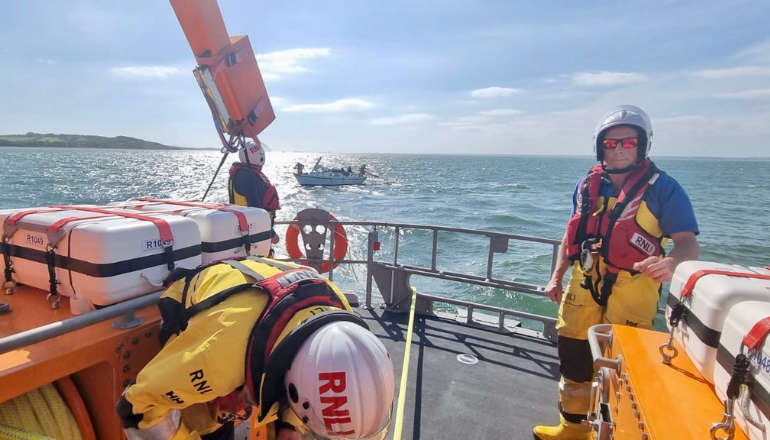 Yarmouth’s Severn class all weather lifeboat was tasked to launch by HM Coastguard on Friday (May 13) at 3.34pm to a 33ft ketch with two broken masts.

Yarmouth RNLI’s volunteer crew headed east towards Hamstead Ledge where the casualty was first reported as being located.

The yacht had been completely disabled when the main mast broke, bringing down with it all sails, rigging and the ketch’s second mast.

With the strong westerly wind and flooding tide, the boat - with three persons on board - was rapidly drifting in an easterly direction. 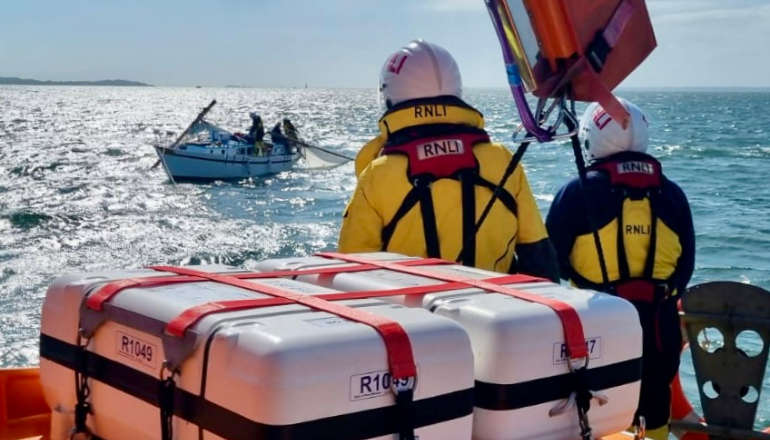 Once on scene, now east of Newtown Creek, two members of the Yarmouth RNLI volunteer crew were put on board the yacht to assess the situation.

They recovered all aspects of the rigging and made it secure, then checked that the steering and engine were still in working order.

Having assessed the situation and ensured all three persons on board were safe, the coxswain made the decision to tow the vessel to Cowes as it was the nearest safe harbour. 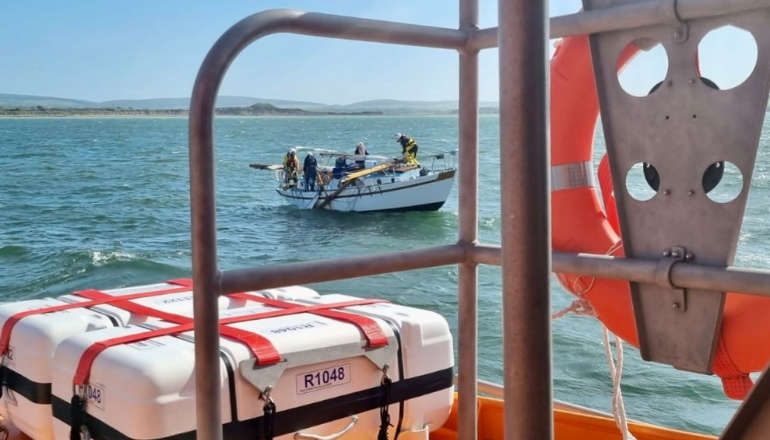 At the entrance to Cowes Harbour, the tow was released and the yacht made her own way, under engine, escorted by Yarmouth RNLI into Trinity Landing.

The boat and crew were then met by the coastguard for further support and advice.

Despite having lost the communication of the main VHF when the mast came down, it was good the crew had an alternative means of calling for help and notifying the coastguard – making use of their mobile phone and dialling 999."

Yarmouth RNLI lifeboat returned to her berth in Yarmouth Harbour and was ready for service at 5.49pm.