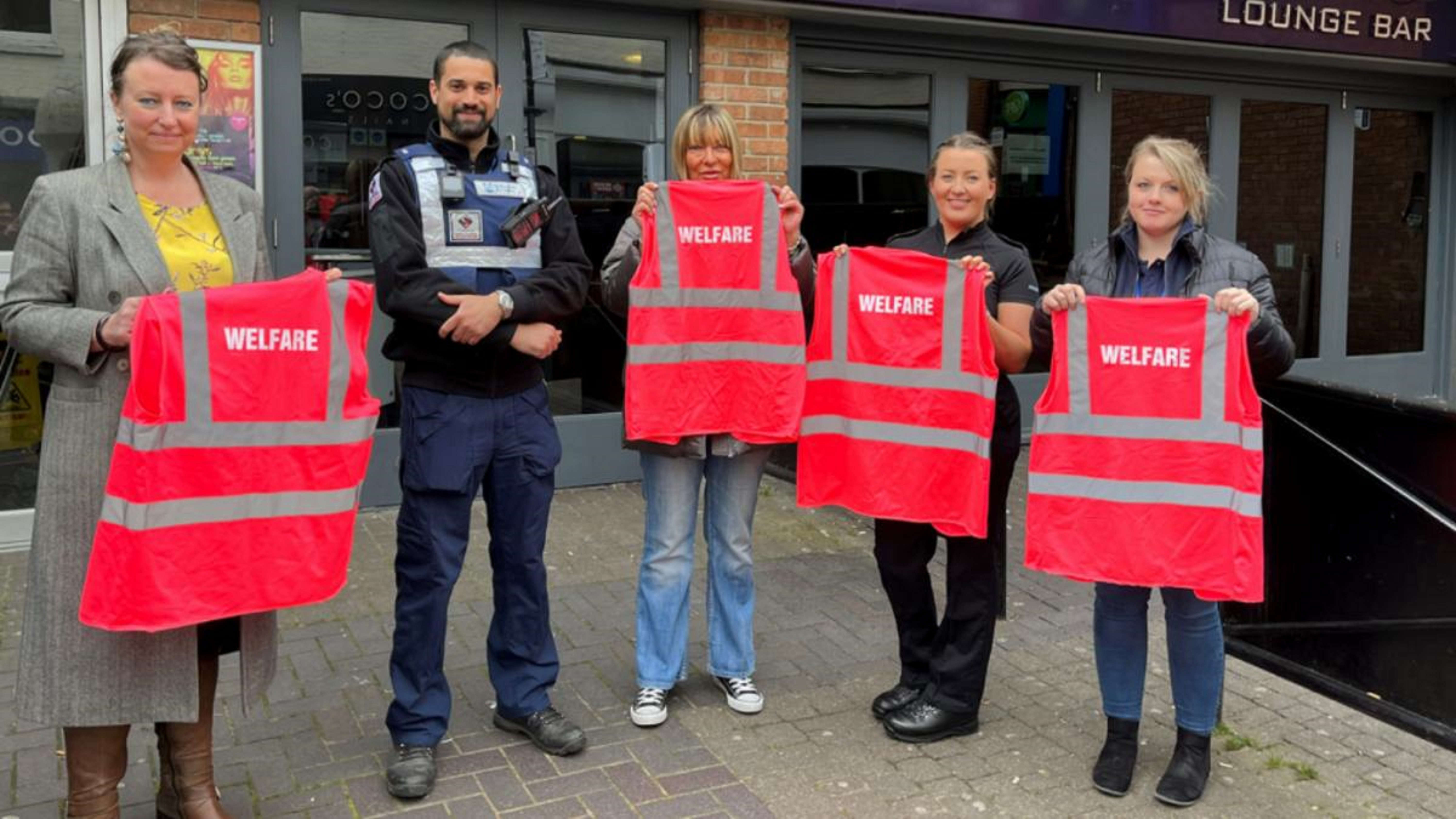 Welfare officers at two Isle of Wight bars are being supplied with bright pink tabards to ensure party-goers stay safe.

Newport's Fever and Boutique and Coburgs, in Ryde, are taking part in the Hampshire Constabulary initiative.

Welfare officers are staff members at venues dedicated to helping customers and ensuring everyone stays safe during a night out.

They have received training to recognise the signs of drunkenness, drug abuse, and whether a customer is under age or vulnerable.

The officers are also alert to any predatory behaviour or any activity that may lead to crime and disorder.

Earlier this year, officers from Hampshire Constabulary set up a project to improve the visibility of welfare officers in Night Time Economy venues across both counties.

Rob Cohen, Force Licensing & Alcohol Harm Reduction Sergeant, set up the project and is delighted to be able to roll out the tabards.

“It is great to see that licensees across Hampshire and the Isle of Wight are employing welfare officers to support their customers and reduce vulnerability in our towns and cities.

“The response from the trade has been very positive. This is an opportunity for venues to highlight the welfare provisions they have in place and encourage others to do the same.

“The improved visibility of welfare support staff in our venues will encourage members of the public to seek help for themselves or others.

“This visibility will be the same in all participating venues, wherever you may go for a night out in Hampshire and the Isle of Wight.”

Welfare officers will now be easily identifiable within venues thanks to 100 new pink tabards that have ‘welfare’ written across the front and back.

Funded by Basingstoke and Deane Borough Council and Hart District Council, the tabards will ensure the officers are clearly visible and more approachable when working in venues.