Thunderstorm Warning For The Isle Of Wight 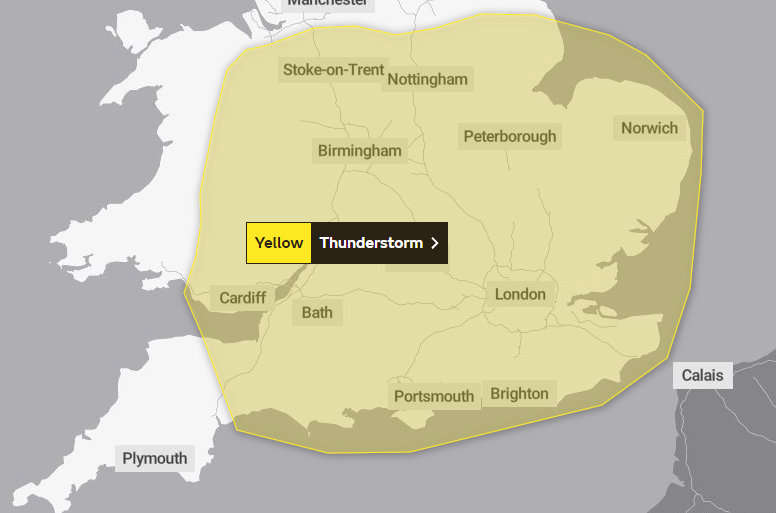 A thunderstorm warning has been issued by the Met Office for much of central and southern of England - to include the Isle of Wight.

The yellow weather warning comes into force tomorrow (Thursday) at 10am, until midnight.

It's thought the Island could see some stormy conditions tomorrow afternoon, but the Met Office admits they could also miss the Isle of Wight altogether.

"Thunderstorms are likely to break out in some areas, particularly during the afternoon and early evening.

While most places will probably miss them, where thunderstorms do occur there is a chance that in a few places up to 40mm of rain could fall in an hour or so and 40 to 60mm could fall in two or three hours. These torrential downpours may be accompanied by frequent lightning, whilst gusty winds and hail may also affect a few places.

"The exact location of the thunderstorms will be hard to pinpoint, so the warning area will be kept under review and updated if necessary."