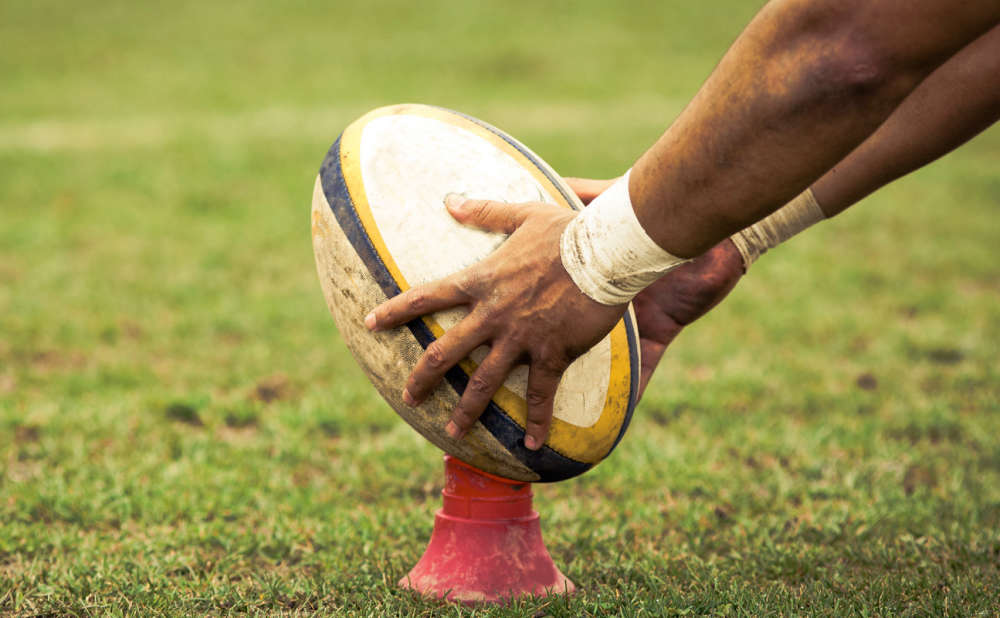 As expected, a tough battle was on the cards to start the new year as New Milton came off the blocks the brightest in the early exchanges. Had it not been for a fantastic defensive effort from Liam little and Michael Cooper, the visitors would have taken an early lead.

Having dug deep it was time for the Hurricanes to unleash their attacking prowess. A penalty inside the 22m led skipper Sam Flux opting for a scrum - and the pack delivered. Props Wightfibre MoM Darren Carew and Adam Tyas drove the New Milton pack over the try line. With the New Milton backrow offside stopping a certain try, the referee no option but to award the hosts a penalty try, 7-0.

It was the start of a dominant first half, as wave after wave of attacks lead by Jacob Jordan and Nathan Proud allowing Harry Mislebach in to make it 12-0. With their tails up, Sandown did not look like stopping. Strong carries from both Luke Hunter and Sam Rees allowed front foot ball and with New Milton’s defenders narrowing this allowed Matt Mislebach on the overlap to dot down with Flux adding the extras, 19-0. The try scoring bonus point came shortly after as Harvey Kirby, taking an inside line off Proud and Michael Barrett sucking in the New Milton full back, ran a simple two on one, with Zak Chiverton finding himself on the wing to finish a well worked training ground move, 24-0 at the break.

The second half started just like the first, but New Milton now had the wind advantage. They were determined not to give in again and started bright, gaining advantage in the set piece battle and territory with smart chips and grubbers pinning the Hurricanes deep into the slope.

However, a huge desire to battle hard brought frustration to the visitors as New Milton's loosehead prop was binned for telling the ref how to do his job. This gave Sandown the opportunity to clear lines and build back into the game with the extra man advantage.

With this, a good run of play allowed Barrett to go blind, picking Damian Seder out to score in the corner, 29-0. The Hurricanes sixth and final try of the afternoon saved the best until last.

Starting from inside the 22m, Sandown's quick thinking tap-and-go from a penalty caught New Milton on their heels as the ball worked its way upfield with Henry Bagnall clearing rucks and Hugo Jolliffe punching holes. This provided the opportunity for second row, Sam Flux, to show off his Charlie Hodgson skills with a fine cross field kick for Charles Little, giving a great turn of speed, to dot down. A perfectly positioned kick into the goal line area made it 36-0. New Milton finished the game with a fully deserved try and, with the clock in the red, denied the home side a clean sheet.  36-5 the game ended and capped of an incredible performance to start 2022 from the Hurricanes.

Sandown and Shanklin's, Damien Marriott, said after the match:

“A great way to start 2022. Putting in a performance like this against a very difficult side in New Milton was very pleasing.

"With games coming thick and fast, this gives us the opportunity to kick on and finish the season in a strong position."