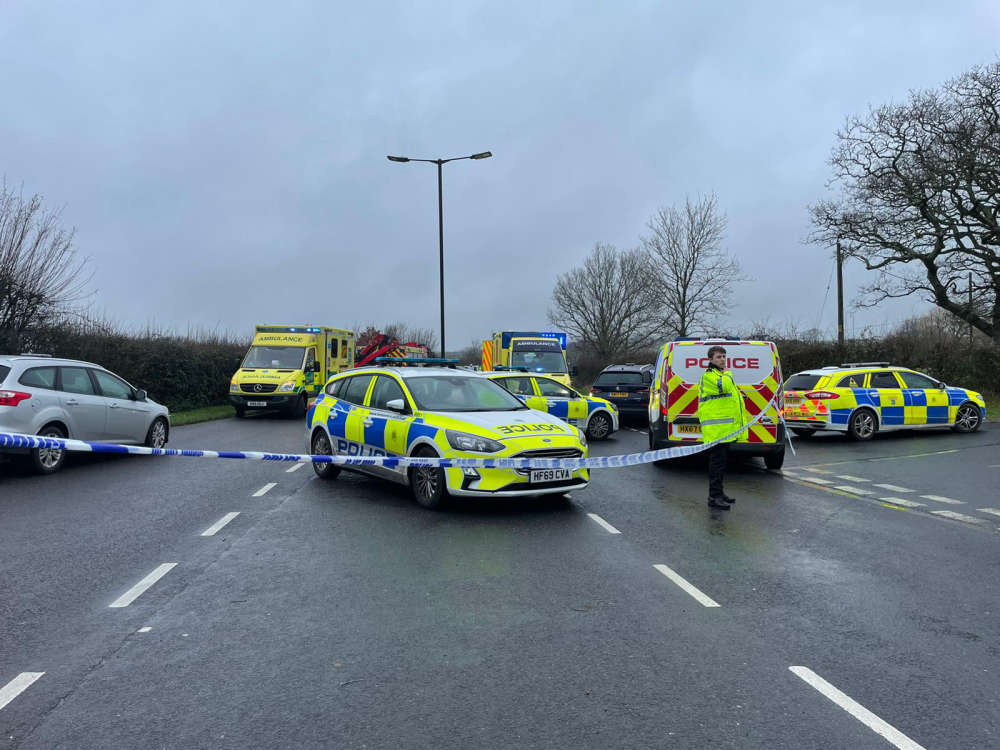 Emergency services have been called to a serious crash near the Racecourse Roundabout in Whippingham.

A fire service spokesperson says at least two people are believed to have been seriously hurt. 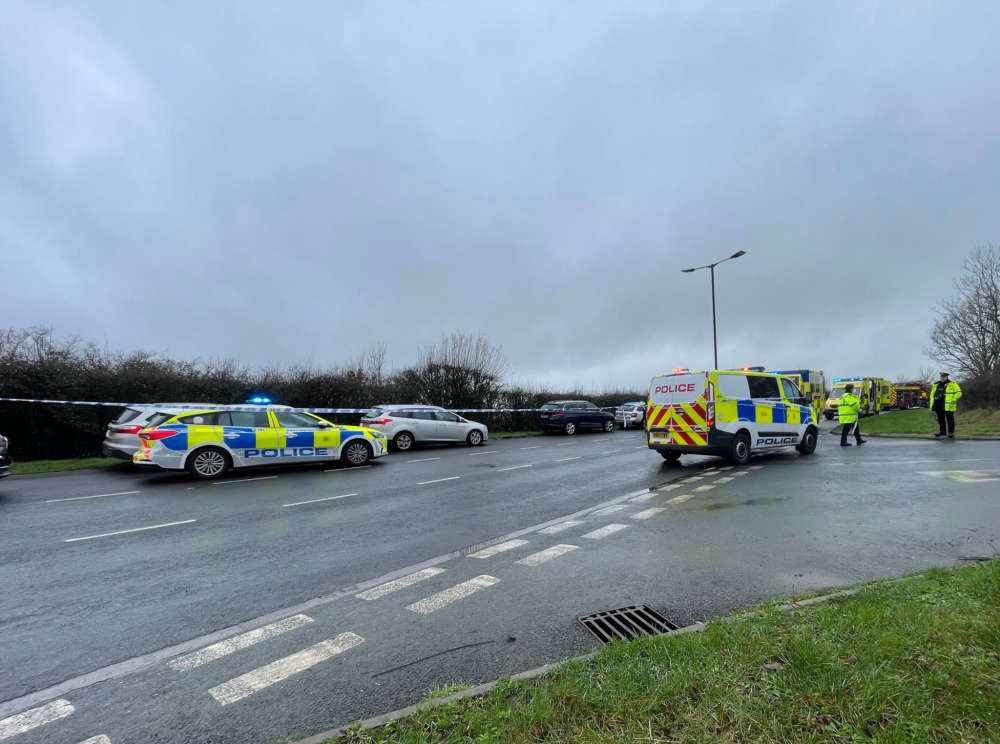 At least two vehicles are said to have been involved.

Whippingham Road has been closed by emergency services. 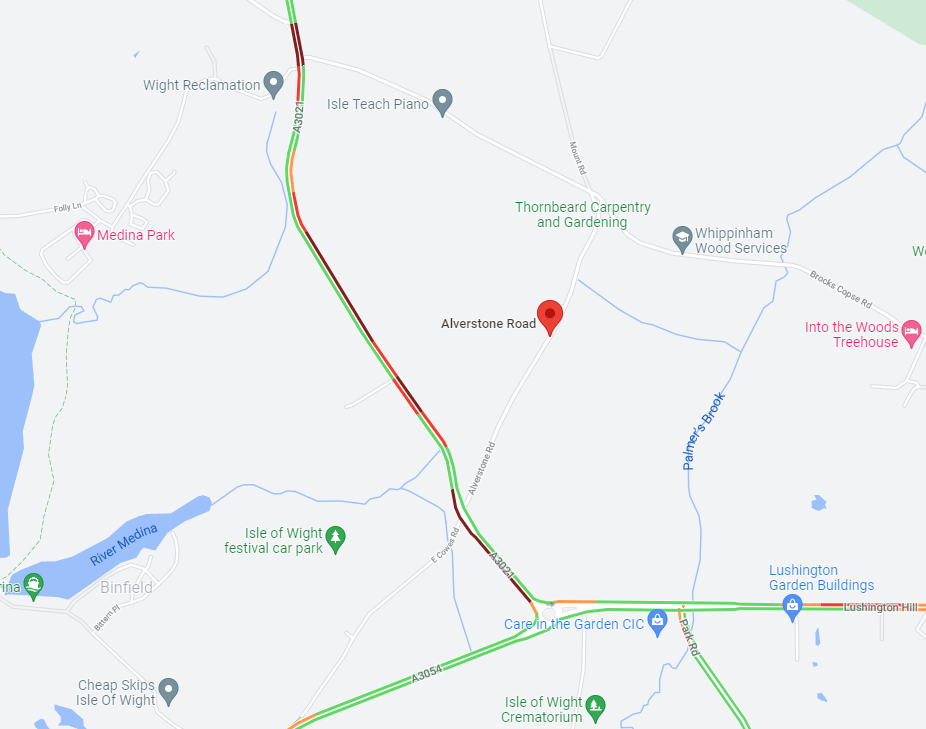 It's believed to have happened near the junction with Alverstone Road.

At least four appliances from Hampshire and Isle of Wight Fire and Rescue are in attendance, alongside the Incident Command Unit.

Owing to the accident on Whippingham Road, police have closed this road. Route 4 and 5 are unable to serve stops between Crematorium and East Cowes. Customers for East Cowes may travel to Newport and transfer to out route 1

Hampshire Constabulary has confirmed officers are at the scene.

A number of roads in the surrounding area are currently closed.

These include Whippingham Road, Alverstone Road and East Cowes Road.

At least three rapid response vehicles from the Isle of Wight Ambulance Service are at the scene, alongside other paramedics. 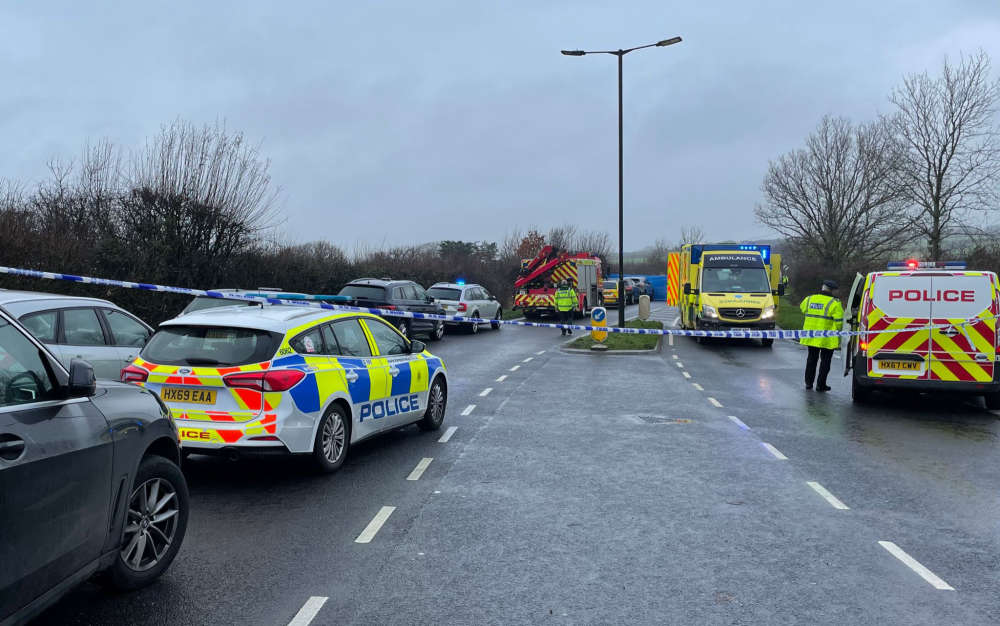 Isle of Wight Police said officers expect to be on scene for a while.

"We are currently on scene dealing with a serious collision on Whippingham Road.

"We were called just after 1.10pm today to reports of a collision.

"A road closure has been put in place to enable us to deal with this incident.

"Whippingham Road is closed from Racecourse roundabout to the junction of the lane to the Folly Inn.

"This is likely to be in place for some time. There is already heavy congestion, so please avoid the area if possible.

"If you must travel to the area, diversions are in place for access to East Cowes. However, HGVs are not able to take this route due to the narrow roads.

"We would also ask that any witnesses to the collision phone 101 with reference 0861 of today’s date.

"We will provide more information when we are in a position to do so. Thank you for your patience as we deal with this incident." 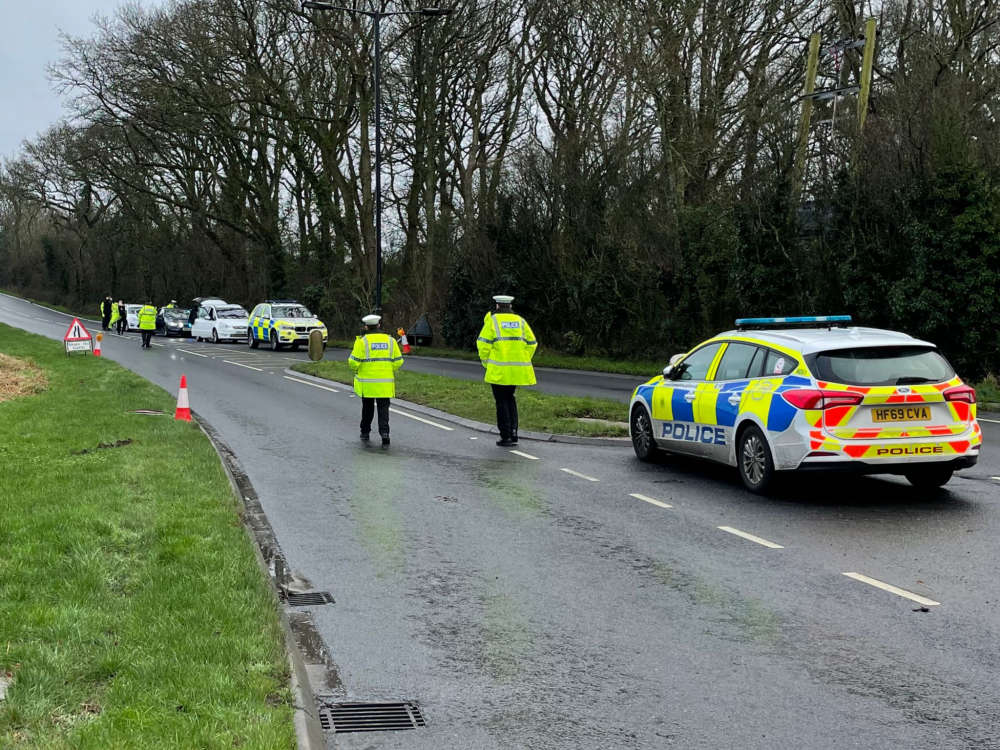 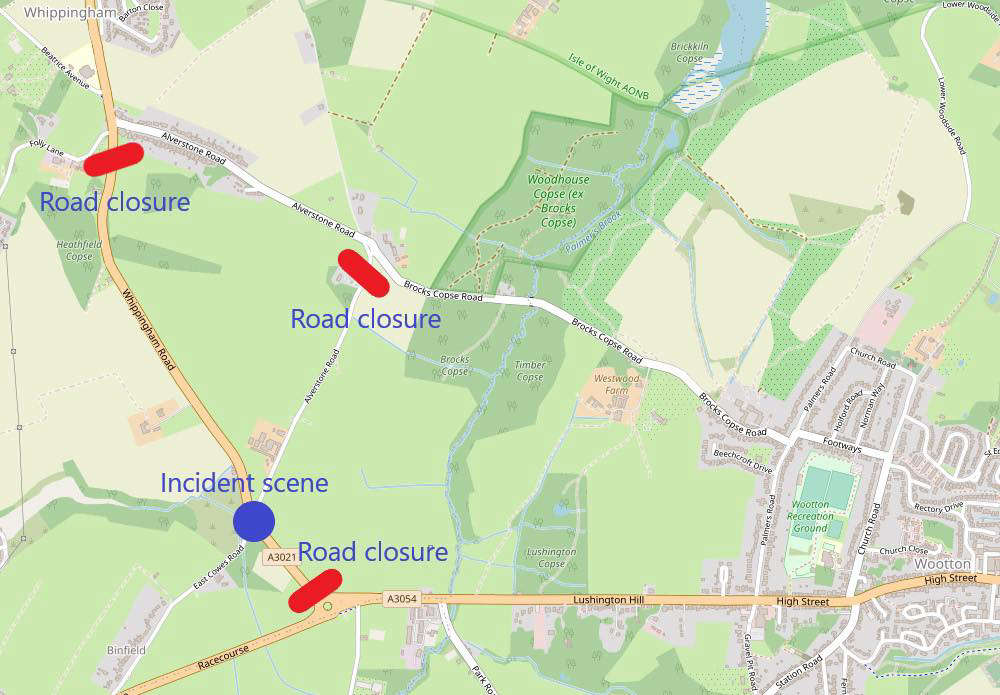 Police say they hope to reopen Whippingham Road at around 7.30pm.

"We’re still on scene dealing with the serious collision on Whippingham Road.

"The road is closed from Racecourse roundabout to the junction of the lane to the Folly Inn.

"We hope to re-open the road at around 7.30pm this evening but in the meantime would ask people to avoid the area if possible.

"Diversions are in place for access to East Cowes is currently via Lushington Hill, Palmers Road, Brocks Copse Road and Alverstone Road. However, HGVs are not able to take this route due to the narrow roads.

"We would also ask that any witnesses to the collision phone 101 with reference 0861 of today’s date.

"Thank you for your patience as we deal with this incident."

There is a wait of up to two hours for the floating bridge, Isle of Wight Radio listeners say.

@iwightradio just for traffic update, the queue for the floating bridge to get to East Cowes, is now up Mill Hill Road passed the Newport turning and not really moving. It's going to be a while I think!