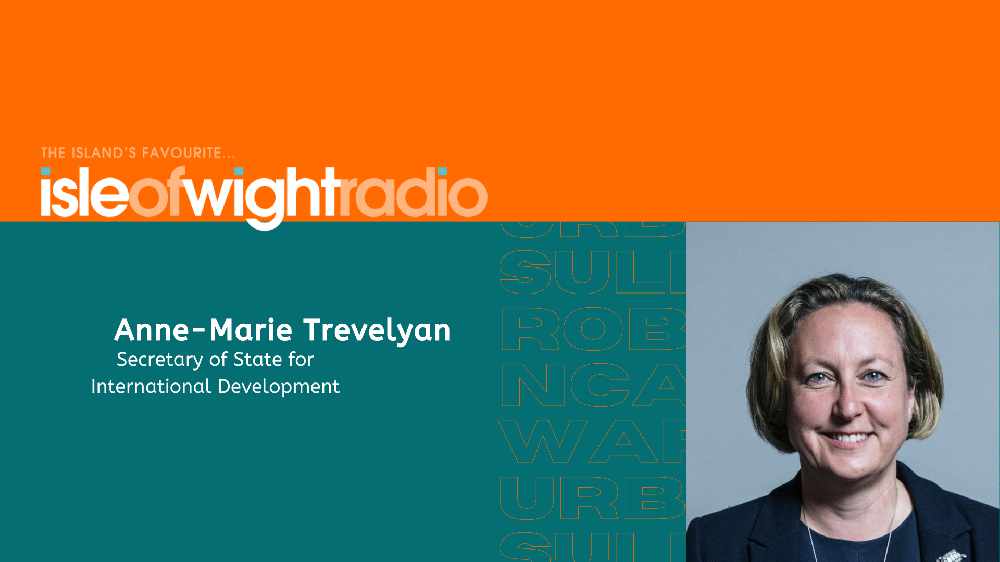 The Secretary of State for International Development has been to meet staff at an Island pesticide company and announced a UK aid package to the tune of £18 million to help control millions of locusts attacking crops across East Africa, Yemen and South West Asia.

Scroll for an interview with the Secretary of State...

With locust swarms growing 20 times larger since March 2020, International Development Secretary Anne-Marie Trevelyan today (Thursday) announced £18 million of new UK aid in response to the crisis during a visit to British company Micron Group, on the Isle of Wight, which supplies pesticide sprayers to locust-affected countries.

The impact of the upsurge of insects across Africa and Asia has been made worse by coronavirus, with vulnerable communities facing dwindling food supplies alongside the pandemic.

Funded by UK aid, locust-affected countries are using Micron Group’s pesticide sprayers across Africa and Asia. Swarms of millions of insects can cover areas up to 100 square miles or more and these sprayers are able to cover large areas with pesticide.

Since January this year, the FAO has successfully controlled over 600,000 hectares of land, saved 1.2m tons crops with a value of $372 million and eradicated over 400 billion locusts in 10 countries in East Africa.

Of the new funding announced today, £17 million will go to the United Nation’s Food and Agriculture Organization’s (FAO) emergency appeal to help to control the increase of locusts across East Africa, Yemen and South West Asia, as well as reduce the risk of swarms spreading into the Sahel.

The UK will also provide up to £1million to improve early warning and forecasting systems for desert locusts, so that countries can prepare for their arrival. This support, in collaboration with the University of Cambridge and weather data from the UK Met Office, will help the FAO to target locust breeding sites and control outbreaks before they’re able to affect crucial crops and pastures.

The World Bank estimates that the cost of supporting farmers and producers affected by locusts in East Africa and Yemen alone could reach $8.5bn by the end of 2020.

“Vulnerable communities are on the brink of starvation because of the biggest locust outbreak in decades, made worse by the coronavirus pandemic.

“British expertise is playing an important role in equipping companies with the right tools to combat the swarms and track where they will go next.

“But unless other countries also step up and act now, this crisis will spread and cause even more devastation.”

The new funding follows £8 million provided by the UK earlier this year to the FAO appeal, supporting Kenya, Somalia, Ethiopia, Sudan, South Sudan, Eritrea, Djibouti, Tanzania and Pakistan to destroy these pests. A supercomputer funded by UK aid is also helping countries in East Africa to track the insects’ movements around the continent.

During the visit, the International Development Secretary met with the directors from Micron Group to discuss how their sprayers have been key to tackling locusts in highly affected areas across the world. She also saw how the sprayers are assembled at their Isle of Wight factory and took part in a demonstration on how they work in the field.

Anthony Outlaw, Micron Group Operations Manager, said:
“Micron are proud to support the world on the fight against locusts through supplying cutting-edge equipment for the FAO. We have continued to work tirelessly throughout the pandemic to meet this demand. The whole team understand the importance of tackling this outbreak and the impact on food security it has for millions of people.”
MP for the Isle of Wight, Bob Seely said:

“It was great to welcome the Secretary of State to the Island and showcase what we have to offer the world here on the Island.

“The swarms of locusts in Africa and Asia are decimating crops and threatening livelihoods and we have one of the world leaders in spray application technology here on the Island who can help.

“I’m delighted Ms Trevelyan took the time to visit the Isle of Wight and I’m grateful that she is using a British company to assist with the crisis.”