Ryde Interchange: Next Phase To Focus On New Cycle Path 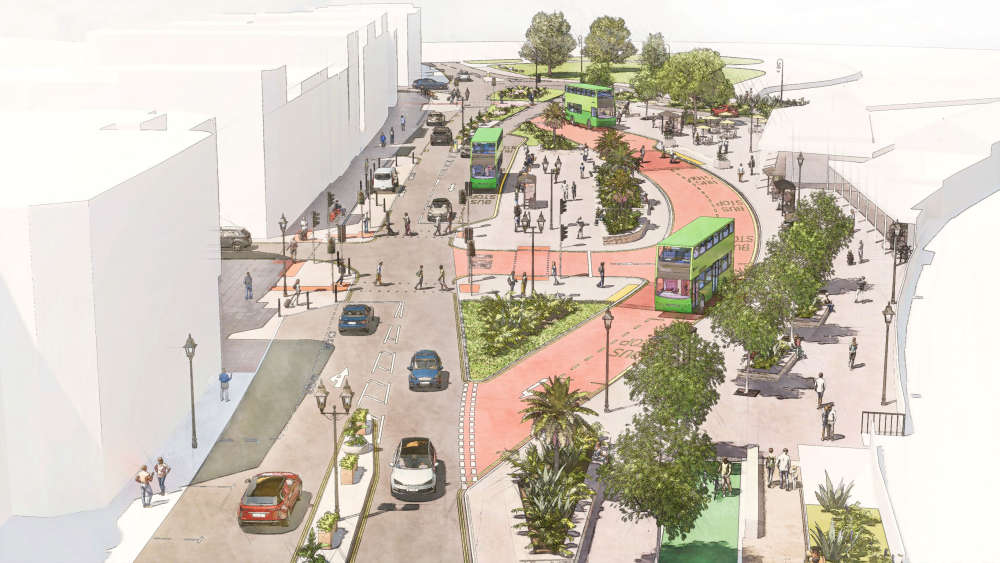 The next phase of the Ryde Interchange project will commence next week.

On Monday (23), Island Roads crews will begin work to extend the cycle path to the area outside Ryde Superbowl.

It means the temporary footway and traffic management, already in place, will be extended. The last couple of weeks have seen work begin on the new footway and cycleway adjacent the Esplanade Rose Garden.

By the end of the overall scheme, a new signposted cycle route will run the entire length of the Esplanade linking to the existing routes from Ladies Walk to the west and Puckpool to the east.

The cycleway work forms part of a wider project that will see a number of improvements including a new vehicular access to Ryde Pier, a reconfigured bus station as well as new street furniture and planting throughout the Esplanade area.

The project, financed in the main from Government grant, also involves the creation of new public spaces.

Work, which began in April, is currently progressing to schedule and is due to complete next spring.