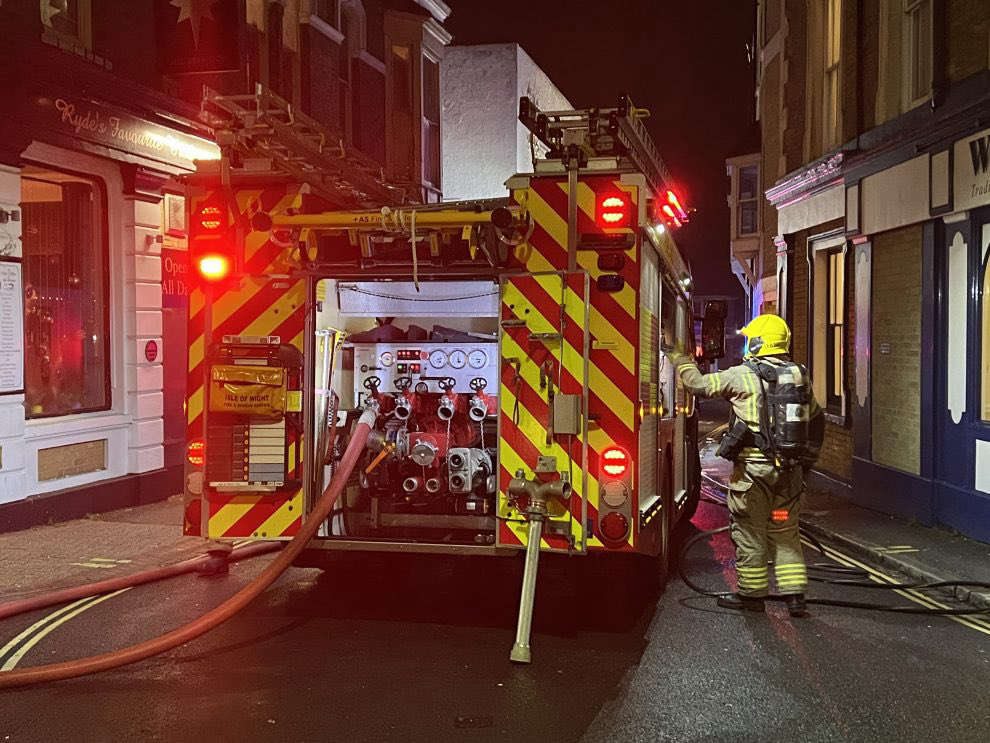 A flat fire in Ryde led to a call-out for firefighters last night (Wednesday).

At least six appliances from across the Island were called to the High Street property just after 7.30pm.

Smoke could be seen billowing from the property, and nearby residents were asked to keep their windows shut.

🚒 Multiple crews are on the scene at a flat fire in #Ryde high street. Locals are advised to keep their windows shut. pic.twitter.com/cM26ijMCZ7

No one is said to have been hurt.

As of 9.30pm, Hampshire and Isle of Wight Fire and Rescue Service had reported the fire as being 'out'.

The fire is now out with a couple appliances remaining on the scene.
Swift work from many Isle of Wight crews 👩‍🚒👨‍🚒🚒 pic.twitter.com/kJW2KSI59m