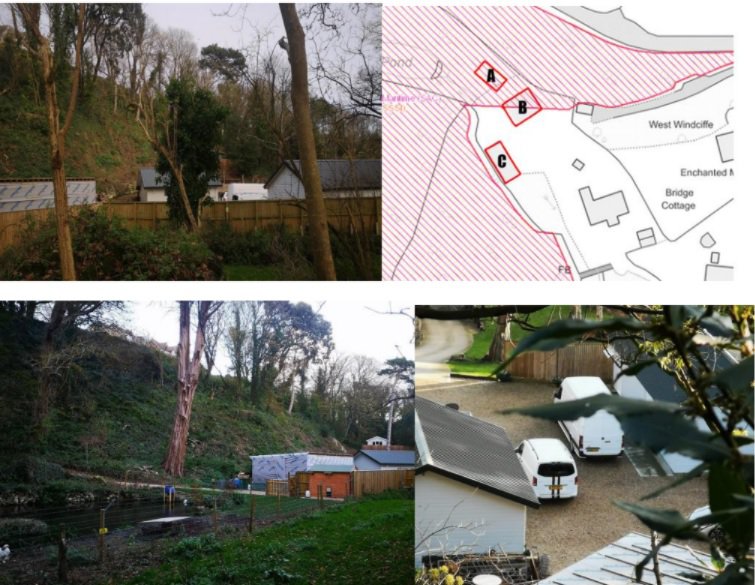 Views onto the development at Bridge Cottage, Niton, from campaigner leaflet

Campaigners say developers in Niton have 'paved paradise and put up a parking lot', which has led to an investigation by Natural England (NE) and an objection from The Isle of Wight Campaign for Rural England (CPRE).

14 objections have been submitted against two retrospective planning applications for the development at Bridge Cottage, St Catherines in Niton.

Planning permission has been submitted for ‘two garages for domestic purposes’ - but three have been built on the site.

Two of the three buildings are within the boundary of a SAC (Special Area of Conservation) and an SSI (Site of Special Scientific Interest).

The development is also in an AONB (Area of Natural Beauty), which has prompted an objection from The Isle of Wight CPRE.

‘We are seriously concerned regarding the impact on a site with significant national environmental designation.’

It also notes that the scheme ‘appears contrary to the Isle of Wight Council’s proscribed development policies’.

The Isle of Wight Council says it will not comment 'on specifics' because 'it is subject to a live enforcement case'.

NE says it is investigating ‘wider works around the site’ for their potential impacts to the SSI and SAC.

In relation to an earlier application for engineering works at the site in 2019, NE also recommended an assessment of ‘possible’ impacts on doormice and red squirrels, as a consequence of habitat loss.

Local campaigners claim woodland and habitat has been destroyed to make way for this development and the parking for vans and trailers.

‘Natural England has lodged an objection to the retrospective application as more information is required to properly assess its environmental impacts and scope for mitigation. The council has been asked to re-consult with Natural England when this information has been obtained.

‘The site lies within the South Wight Maritime Special Area of Conservation (SAC) ‘and is designated a Site of Special Scientific Interest (SSSI). It is possible that the works could have or will cause harm to the protected features of the sites.’ 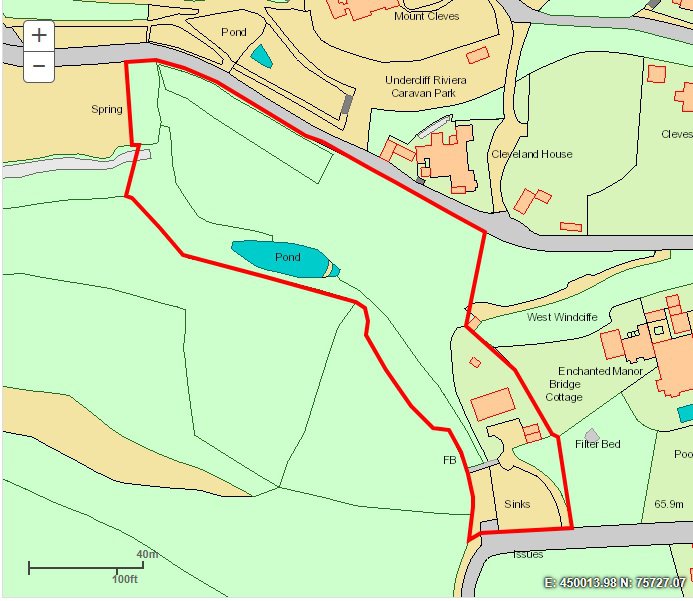 A spokesperson for the CPRE added:

'The IOW CPRE have joined Natural England in objecting to this retrospective planning application.  The application is submitted with scant information, and there is no explanation of the rationale for the scheme.’

“The site referred to in Niton, is subject to a current planning application and a live enforcement case. To avoid the potential of prejudicing these processes, or any action by partner organisations, the Council will not comment on specifics.

“The Isle of Wight Council confirms that it uses it’s discretionary enforcement powers proportionately, when it is appropriate and expedient to do so. Where the Council is not the body responsible for upholding legislation it will support those who are.”

You can object to the planning application HERE until Wednesday 13 January.