RSPCA Fears For Hens Abandoned On The Isle Of Wight 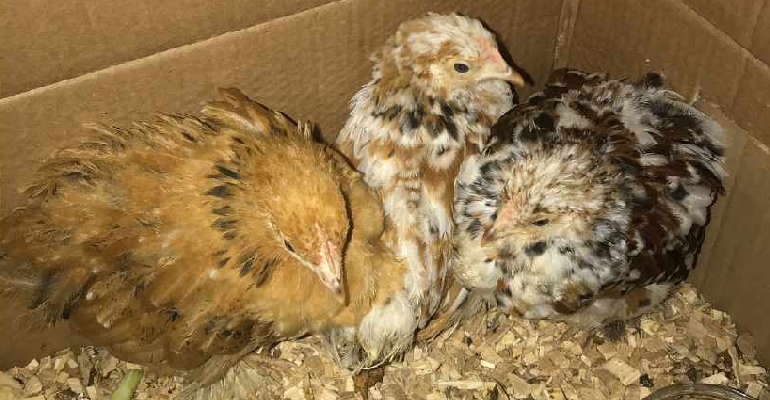 The RSPCA is worried that Isle of Wight residents are abandoning hens they have acquired during lockdown.

According to the animal welfare charity, reports concerning three birds have already come from the Island.

Officials say many people obtained hens after fears of egg shortages, prompted by panic buying in the spring.

Across England and Wales, nearly 300 birds have been taken into care for rehoming, so far.

"Concerns were raised during lockdown about the increase in pet acquisition and ownership, and we feared that people would soon lose interest and start to hand their animals over once life started to return to normal.

"In the spring, many hen producers reported huge surges in demand for chicks and we believe this may be because people panic bought birds due to shortages of eggs in the supermarkets but, due to the shops being better stocked, are now 'surplus to requirement'.

"There are also concerns that some families may have taken on unsexed chicks, which have grown into noisy cockerels so are now being abandoned."

The RSPCA fears that this problem could worsen as cases of bird flu are confirmed across the country, in both wild birds and captive birds.

This means that bird keepers need to keep their birds contained indoors from 14 December and the charity recommends the owners of all captive birds follow the Government's biosecurity advice.

"It's really important that owners follow Government biosecurity advice to help protect the health of their birds as well as to try and limit the spread of the virus.

"All pet poultry owners need to stay vigilant for signs of disease and ill health in their flocks and it's vital they seek veterinary advice if they have any concerns for their birds.

"We're concerned that worries about bird flu and changes to how we're allowed to keep hens may lead to more owners abandoning their pets, putting more pressure on rescue centres."

The charity said that anyone hoping to obtain a flock of hens should consider rescuing ex-battery hens or adopting from a charity like the RSPCA.

Among hens and cockerels awaiting adoption, the charity named: