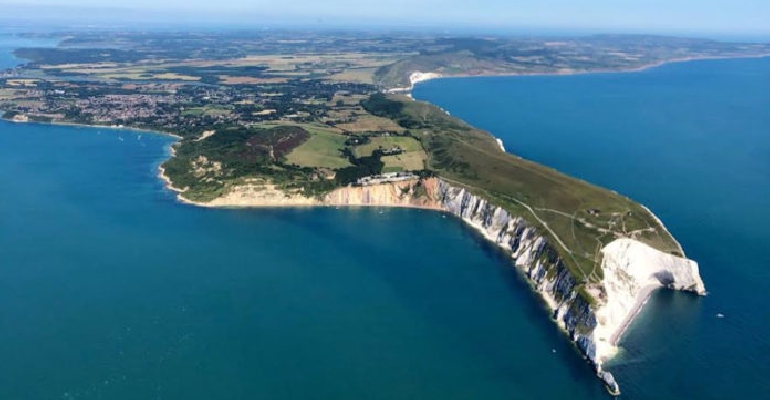 After declaring a climate emergency and with an aim to achieve net-zero carbon by 2030, plans are being made to help the Isle of Wight combat climate change.

Following a climate motion in 2019 to bring the Isle of Wight Council’s attention to the ever-pressing matter of climate change and global warming, the council started drafting a climate and environment strategy.

The draft strategy sets out key activities the council can take to fulfil its duties and reduce the Island’s carbon footprint.

A study performed last year for the council, by Regen, energy experts, based on the 2017 emission statistics found the Isle of Wight’s total carbon footprint to be 506,900 tCO2e.

The three biggest contributors to the Island’s carbon footprint then formed 75 per cent of total emissions — commercial and industrial accounting for 26 per cent, transport 25 per cent and domestic heating 24 per cent.

To meet the target of net zero emissions by 2030, the environment strategy says the Isle of Wight will need to reduce and offset carbon emissions by an average of 12.8 per cent per year.

If the council were to offset (plant trees or create new woodland, for example) the entire 2017 carbon footprint, approximately 2.5 million trees would have to be planted.

If the council were to eliminate 85 per cent of emissions by 2030, and offset the further 15 per cent approximately, 760 hectares (or 760 rugby pitches) worth of tree coverage would need to be planted.

Pathways are being discussed to achieve the net zero target, primarily focusing on reducing emissions with a small amount of offsetting taking place, but the council has said while it can decrease its own carbon footprint, it only accounts for less than one per cent of the Island’s overall emissions.

The strategy says widespread behaviour change will be necessary across the Island if the target is to be met in the next nine years, with major changes to energy use and production, housing, and transport and its supporting infrastructure required.

As part of the Isle of Wight Council’s actions to reduce its emissions, the strategy plans to divest from the use of fossil fuels, make sure council buildings are entry efficient and use renewable energy as well as potentially introducing new planning conditions to protect the natural environment.

For the Island as a whole, the strategy lays out steps to encourage active travel to reduce vehicle use, increase learning about climate change and reduce fuel poverty on the Island.

Target dates for the net zero goal are to be submitted to the full council for review early this year, with the draft plan being considered at a meeting of the policy and scrutiny committee for the neighbourhoods and regeneration on Thursday (January 7).

To read the draft strategy in full, you can view it here: iow.moderngov.co.uk/documents/s1870/Climate%20and%20Environment%20Strategy.pdf