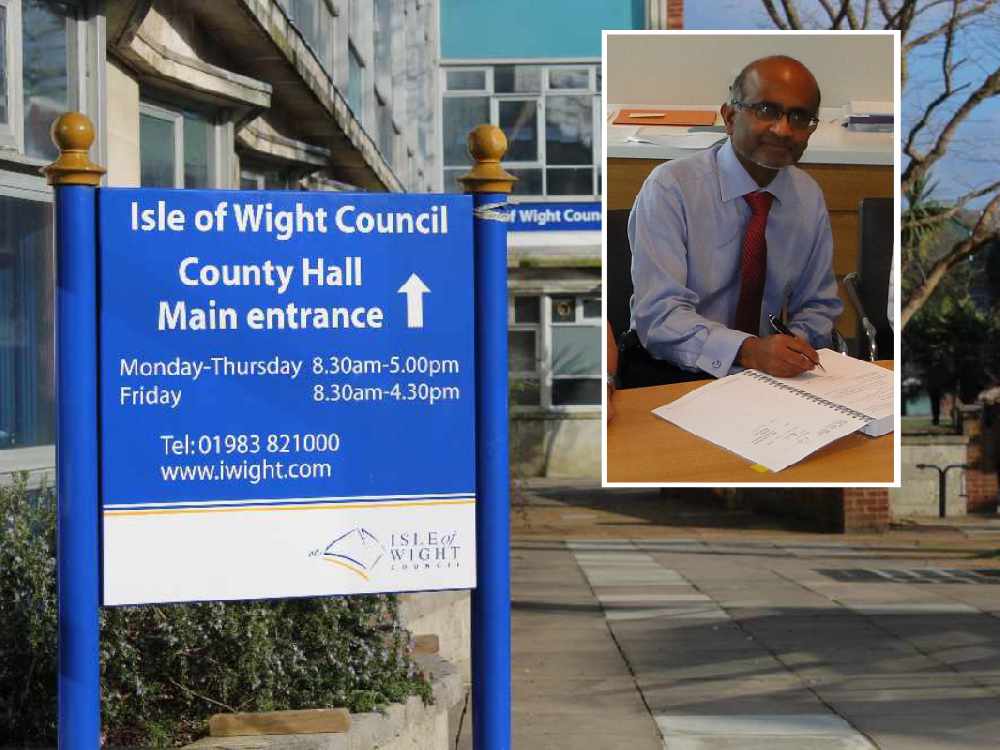 More than £730,000 of Isle of Wight taxpayers’ money has been paid to a consultancy to find savings in a contract its owner helped design.

Figures revealed in a Freedom of Information request to the Isle of Wight Council show, over the 39 months Jasmine Consulting was employed by the authority to find savings and advise on the Highways PFI contract, £732,859.99 was paid to the consultants — £7,699.99 of that on expenses.

No other information has been given for the expenses claims, despite requests for explanations although a council spokesperson said: “any expenses incurred are reviewed on a regular basis to ensure they represent value for money to the council”.

The revelations come as the consultancy, which has Jay Jayasundara as a director, ends its work with the council — the latest contract running out at the end of May, where it provided ‘DRP Support’ — something the council has not clarified the meaning of.

Mr Jayasundara was hired by the Isle of Wight Council to help design, procure and negotiate the Highways PFI Contract, as programme director, over 11 years ago but left the council position before the contract started in April 2013.

When savings were needed to be found, Jasmine Consulting was brought back five years later to find areas funding could be cut from.

From their work, Jasmine Consultancy is said to have found £32m in over the remaining course of the contract but to date, only £3.6m has been saved.

Jasmine was paid £521,196 between January 2018 and April 2021 with a further £203,964 to provide legal, technical and financial expertise specifically earmarked for Milestone 14 (the end of the core investment period) – to help the council reach an agreement with Island Roads on the milestone’s extension.

On average, the consultancy were paid £183,215 a year to provide their services.

Having dealt with the PFI contract in the Conservatives’ ruling administration as cabinet member for Infrastructure and Transport, Cllr Ian Ward was the executive member who brought Jasmine Consulting back in to find the savings in 2018.

Cllr Ward said it was an simple assumption to make that Mr Jayasundara should have found the savings in the first place when drawing up the PFI contract, but it ‘was not that easy’.

He said with government cuts to council funding, savings needed to be found across the board and that one of the major expenditures was the PFI contract.

“Mr Jayasundara was asked to come and look at it to determine if there were potential savings.

“You could say well he could have done that in the first place but that was never his original remit: that was to produce a platinum-plated scheme for the Isle of Wight.

“Mr Jayasundara was the only guy who had that knowledge of the contract and where best to find the savings and was able to argue with Island Roads and their parent company on them.”

Cllr Ward said all the other expertise in the council had gone.

Cllr Phil Jordan, cabinet member for Infrastructure and Transport, under the new ruling Alliance Group, said while he could not comment on the process taken to deliver the PFI contract in 2013, it was ‘surprising’ the same consultant was used to address issues and savings that the original contract ‘failed to deliver in the first place’.

“Regardless of costs and savings, the policy of using Jasmine Consulting again was deeply ironic but I can confirm this arrangement has now been concluded and Mr Jayasundara left his role at the beginning of June.

“There are no plans to re-appoint Jasmine Consulting in any capacity.”

A council spokesperson said in order to meet some of the complex demands, the council was required from time to time to employ consultants for a range of duties.

While the highways team were responsible for the day to day management of a high value and complex contract arrangement, the council said for the significant PFI contract it was considered neither appropriate, value for money or practicable to directly employ experts with the required level of experience and expertise in contractual matters, finance, legal and technical aspects.

They said in the case of Jasmine Consulting, the council was confident the services offered by this firm had proved to be extremely valuable in the ongoing work in managing the Island Roads contract and ensuring value for money for the Island.