Plans Submitted For Detached Dwellings Near Cricket Club In Shanklin 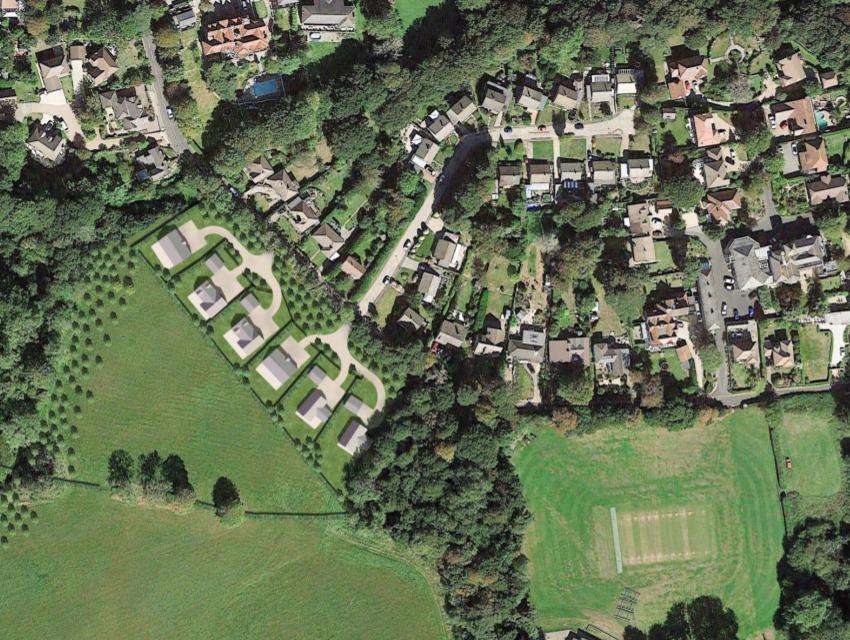 Green space on Westhill Road near to the cricket club in Shanklin could soon be home to six new detached dwellings.

Plans have been submitted for a mixture of two-bed bungalows, three and four-bed houses with detached garages have been proposed for the site which is inside the Area of Outstanding Natural Beauty and provides a well-used footpath for locals, despite it being private land.

However, as part of the plans, the developer has said they are willing to make the footpath along the western boundary, which leads to Holme Copse and links to the Worsley Trail, a public right of way as well as planting nearly 400 native trees in the area.

In the design and access statement, attached as a planning document, agents say the proposal “will offer a modest development in a sustainable location, which is in keeping with the locality and will protect and enhance the character and context of the area, offering much-needed housing”.

You can see the plans (20/00991/FUL), and comment on them, via the Isle of Wight Council’s planning portal.