Pictures: Women's Professional Cricket Returns To The Isle Of Wight 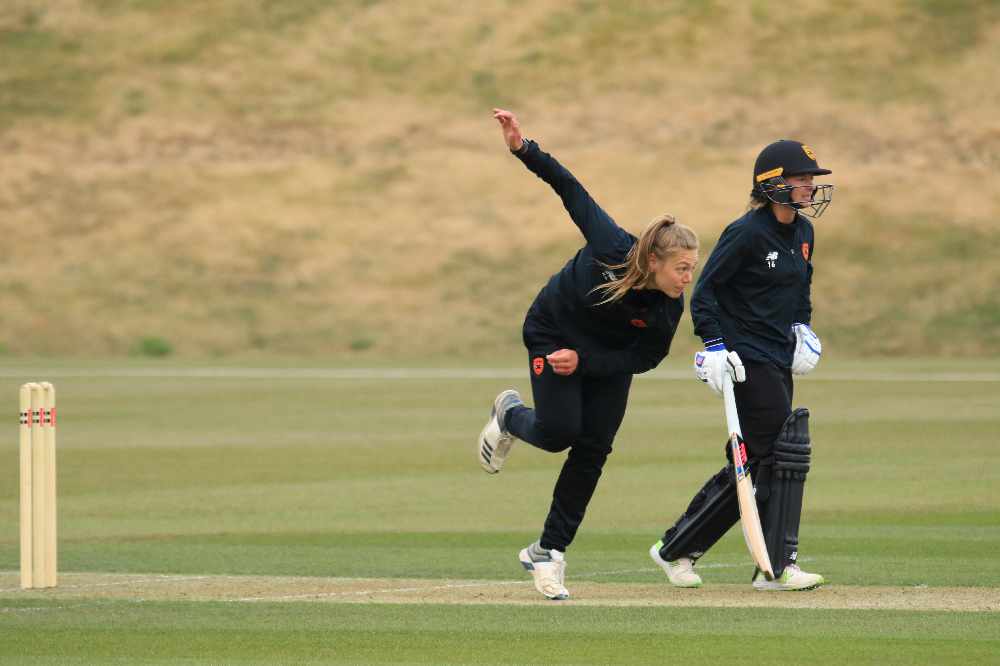 Photo thanks to Dave Reynolds

Women's professional cricket returned to the Isle of Wight over the weekend (Saturday).

Scroll for photos thanks to Dave Reynolds...

The Southern Vipers came to new Newclose on May Day but play was kept behind closed doors.

The match provided 24 of the best women cricketers in the South of England with some excellent match practice on a well-prepared pitch and outfield, at a ground blessed with quality facilities that stemmed from the vision and investment of the late Brian Gardener.

The intra-squad game featured the Southern Vipers Senior eleven (playing under the name ‘Cobras’) taking on their colleagues of the Vipers Academy eleven (playing as the ‘Pythons’).

The 24 player group was preparing for the 50-Over ECB Rachael Heyhoe-Flint Trophy, a competition which they won last year and which starts later in the month. The squad is selected from players from the Hampshire and Sussex First Class Counties, and a number of adjacent Minor Counties.

The teams were captained by two of England’s most gifted young women cricketers, Georgia Adams and Danni Wyatt. Georgia won the toss for the Cobras and opened the batting, scoring 25 towards her team’s total of 199 for 8 off their allocated 40 overs. 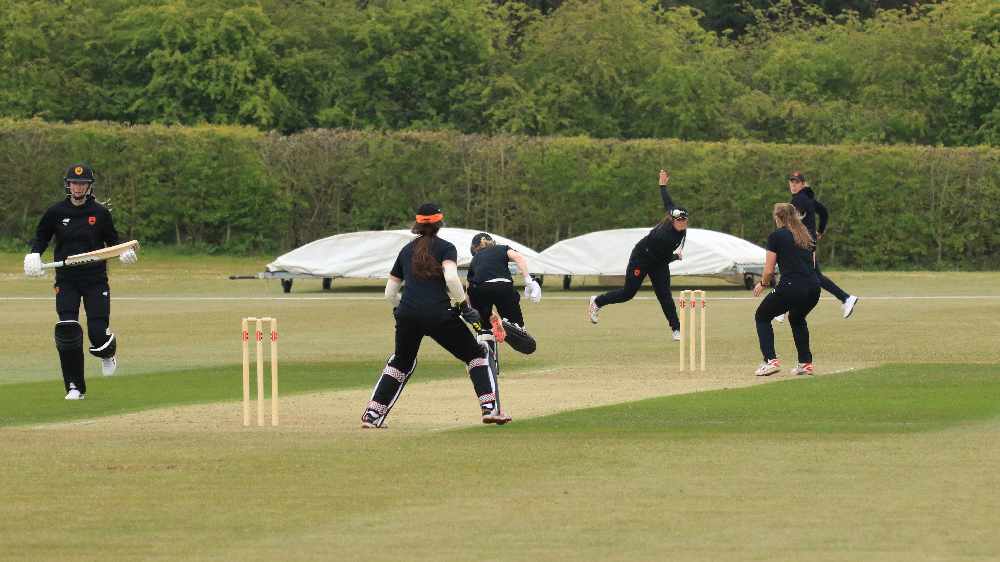 England international Georgia Elwiss top scored with 58. In reply Danni Wyatt led the Pythons innings from the front, opening the batting, but falling cheaply for 7 to a catch taken by her counterpart Adams. The Pythons’ reply was soon revived with an innings of 56 by Charlie Dean, but as wickets fell the run chase slowed, and when the last wicket fell at 164 it meant that the Cobras had won by 35 runs.

After a match-winning innings in a demonstration match for the ‘Hundred’ at Lord’s earlier in the week, she admitted to being more comfortable in the coaching role for her day at Newclose. 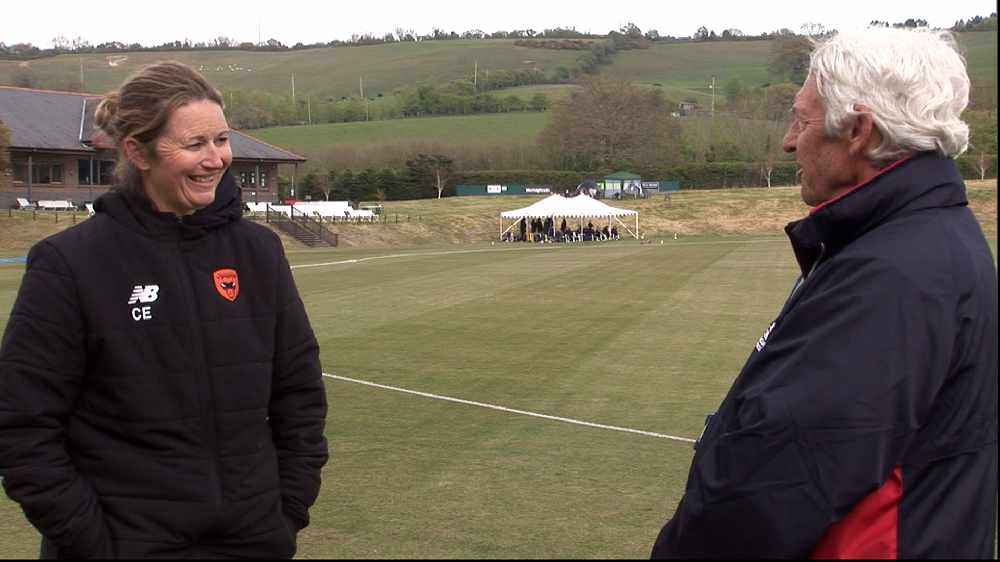 Her colleague and Vipers’ manager, Adam Carty, has the broader title ECB Regional Women’s Cricket Director. He shared Charlotte’s impression of the Newclose pitch prepared by Andy Butler, and the two of them considered it to have been excellently prepared and ideal for early season cricket.

Charlotte and Adam gave video interviews to Newclose Trustee Hugh Griffiths, as did Georgia Adams and Kate Barton, Chair of the Isle of Wight Cricket Board. From all directions, the message continues to come across of Newclose being one of the best grounds in the South of England, outside the Test and First-Class County grounds. 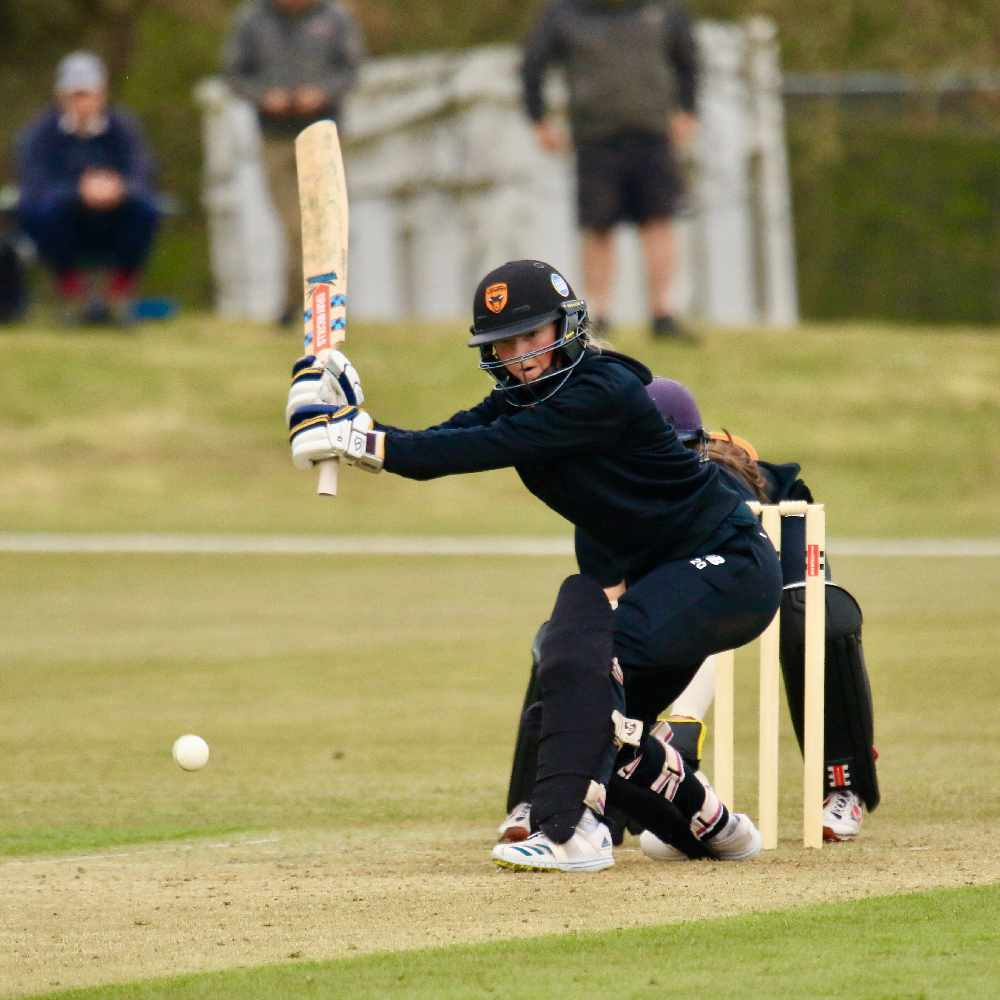 Two Newclose Cricket Club members assisting on the day were Susie Sheldon, IW Lord Lieutenant, and David Pratt who is leading the project to establish a new cricket charity on the Island to raise funds for community cricket.

Both agreed that once crowds can gather at sporting and social events there is much that can be done locally to boost participation in cricket in particular and sport in general. 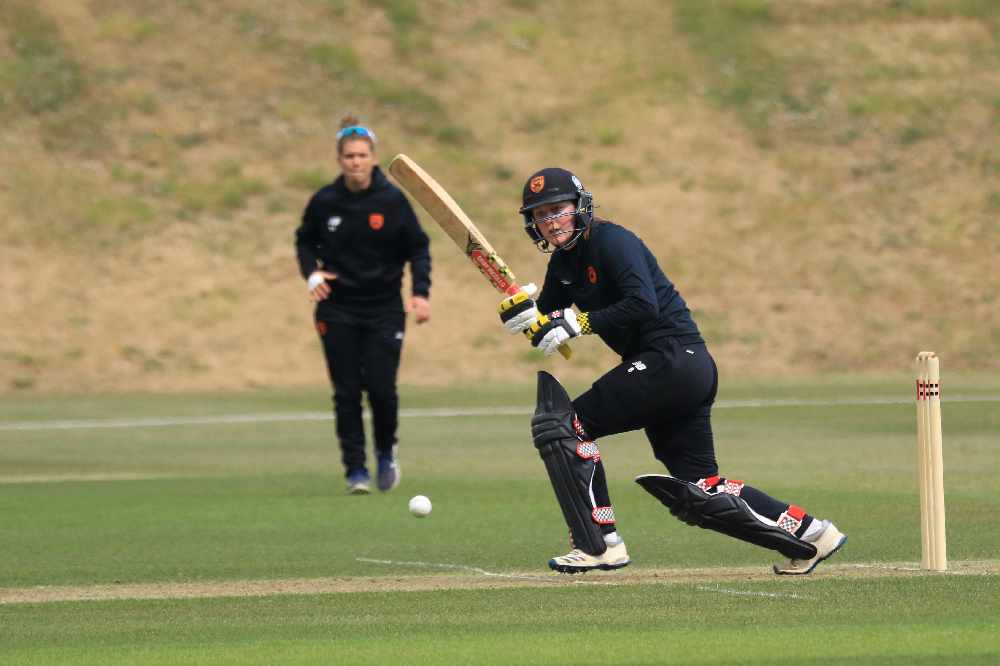 Everyone involved at Newclose hopes that the 2022 season will see the Vipers return to Newclose in a competitive fixture to complement a Hampshire men’s 1st XI match.

As far as the current season is concerned the next major match will feature Hampshire 2nd XI in a T20 match against Middlesex 2nd XI on Friday 18 June, when a small crowd should be able to watch the game and sample Newclose catering and hospitality.