Partial Solar Eclipse In The UK 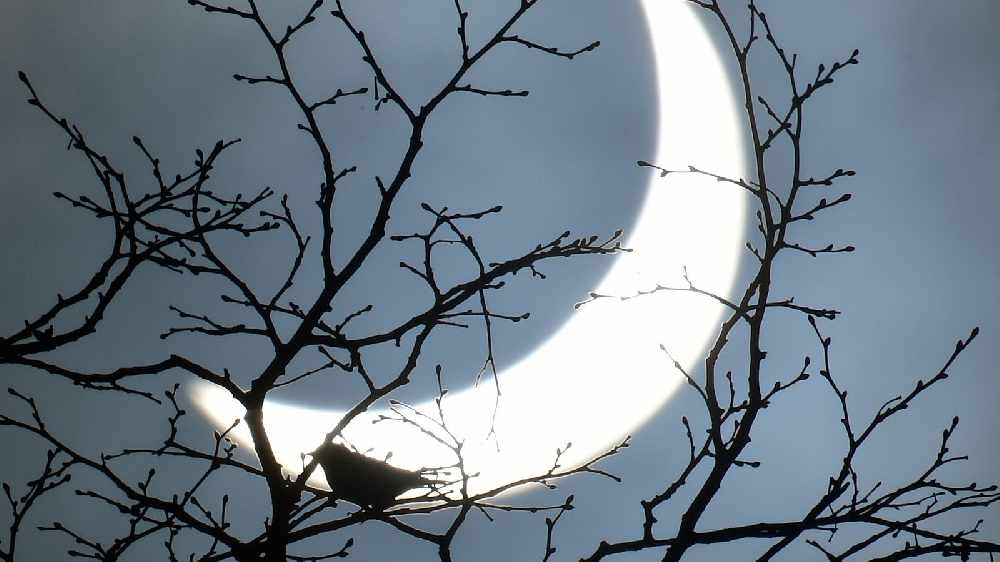 Skygazers will be treated to a partial solar eclipse over the UK this morning (Thursday) - as the moon passes between the earth and the sun.

Just after 10am, it will be possible too see nearly a third of the sun being blocked out by the moon in what is known as an annular eclipse.

These only occur every one or two years, when the sun and moon are exactly in line with the earth but the apparent size of the moon is smaller than that of the sun.

This causes the sun to appear as a very bright ring, or annulus, in a phenomenon known as the "ring of fire".

However, observers in the UK and Ireland will see a crescent sun instead of a ring, as this will be a partial eclipse.

The ring of fire will be visible from Russia, Greenland and northern Canada.

The phenomenon will begin at 10.08am in the UK, with the maximum eclipse occurring at 11.13am, when the moon will cover close to one-third of the sun.

The partial eclipse will end at 12.22pm.