One Star Hygiene Rating For Cowes Café Ravaged By Fire 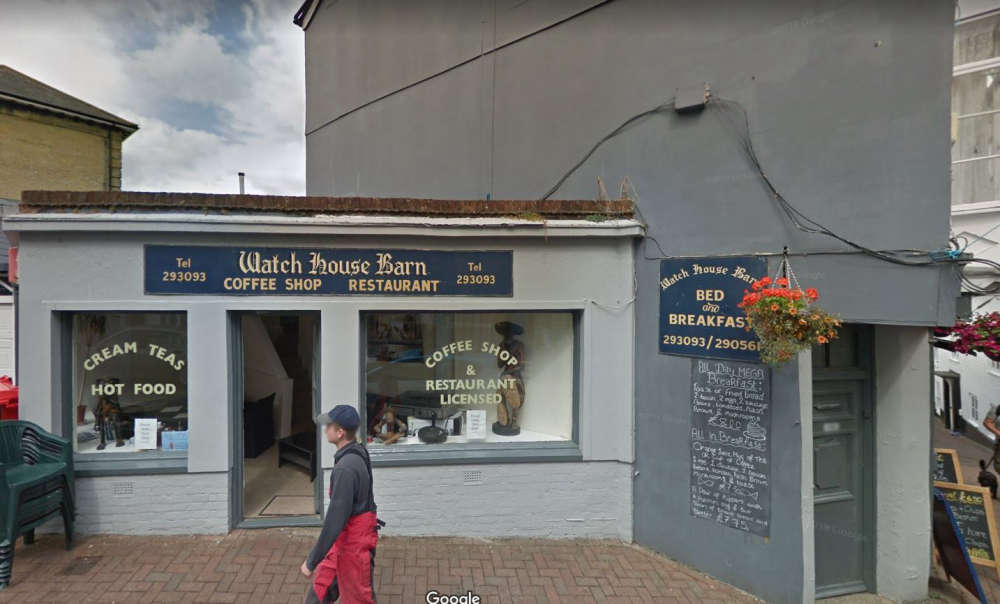 A café in Cowes, devastated by fire over 18 months ago, has been slapped with a one-star food hygiene rating, mainly due to the building’s condition.

Leaseholders of the Watch House Barn, however, say a delay in a planning application being approved has hindered any building repairs but they have complied with officer’s requests.

The coffee shop and restaurant on Bath Road, in Cowes, was inspected by the Isle of Wight Council’s environmental health officers in November last year, where a ‘major improvement necessary’ — or one out of five — rating was given to the establishment.

In their report, officers noted there had been extensive fire damage to the property, leading to the temporary use of a corridor area as kitchen space. 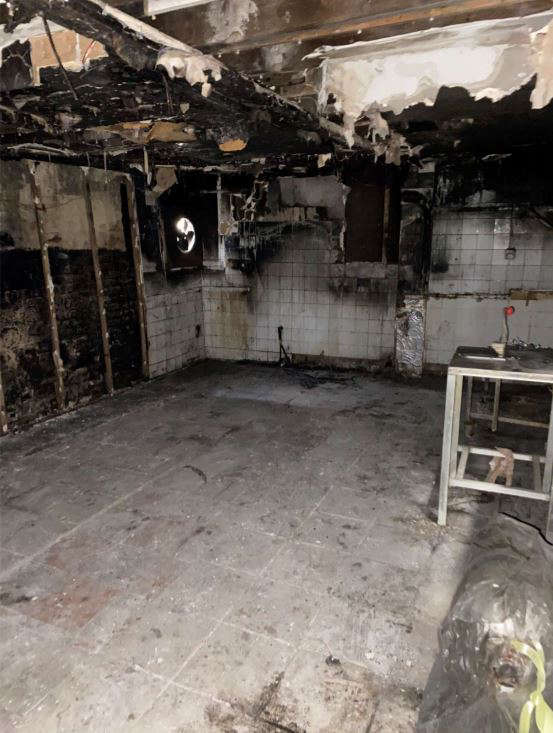 The former kitchen of the Watch House Barn in Cowes, which was shows extensive fire damage. Picture by Nova Architectural.

Walls, floors and ceilings were all labelled as defective by inspectors with a large amount of debris, charred wood and exposed plaster still evident in the ceiling.

Officers said the relocated kitchen area was unsuitable to be used due to burnt wood, an unsealed floor and heat damaged walls not allowing for proper and easy maintenance and cleaning.

There was also inadequate workspace for handlers to carry out food preparation duties, ‘in a hygienic manner’. 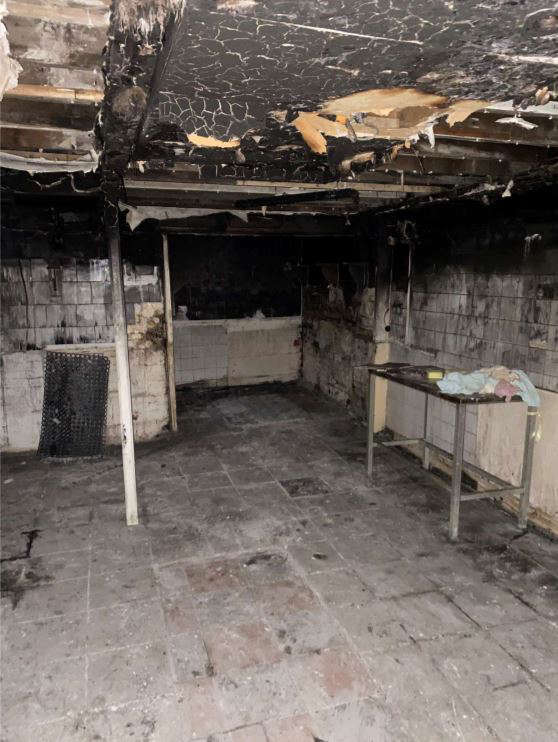 The former kitchen of the Watch House Barn in Cowes, which was shows extensive fire damage. Picture by Nova Architectural.

Inspectors determined the corridor must not be used for food preparation or handling until it had been repaired. It was decided at the inspection no cooking would take place at the premises anymore.

Instead, the operators would register their home premises for cooking purposes and then reheat food in a suitable area at the cafe. 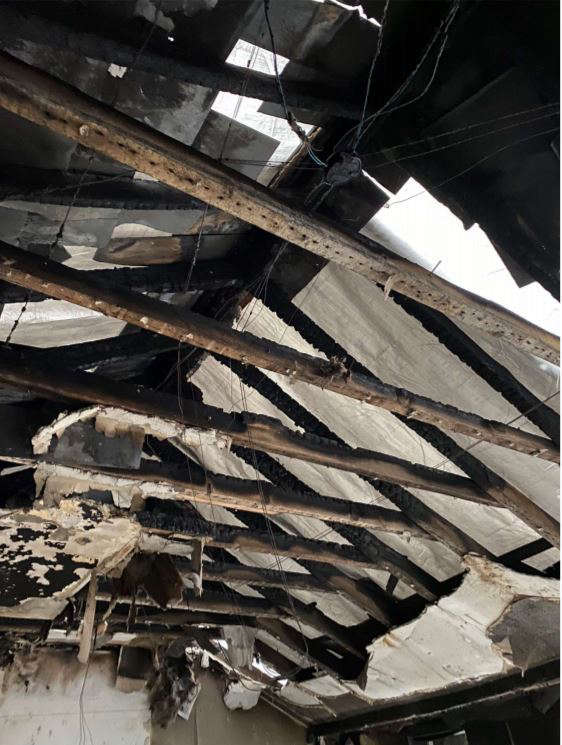 Speaking about the ‘catastrophic fire’, owner of the Watch House Barn, Barry Grazier, said they had lost 60 per cent of the cafe’s seating area and were only serving a limited menu.

When the officer came to do the inspection Mr Grazier said they were unaware of the fire damage, which had destroyed the kitchen, upstairs seating area and toilets but following the findings of the inspection complied with the recommendations.

Mr Grazier, however, said he did not want to pay the £250 re-inspection fee for a higher rating when officer’s had agreed they had complied with the requests. 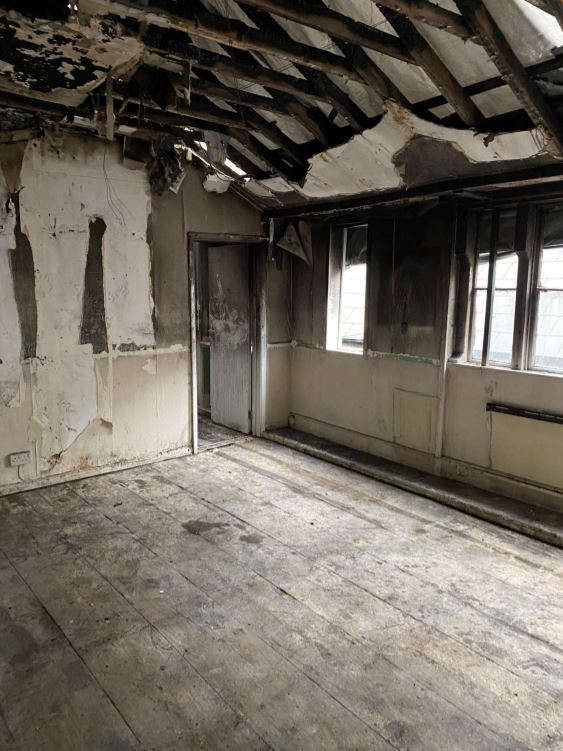 The hold up on rebuilding, which has left the evidence of the fire still all around, was due to the Isle of Wight Council’s planning department ‘sitting on plans’, he said.

Over the pandemic, the planning authority has warned people delays may be faced to their applications due to an increase in demand.

Mr Grazier submitted his application to alter and convert part of the restaurant into a house, at the end of May last year, but has not received the outcome. 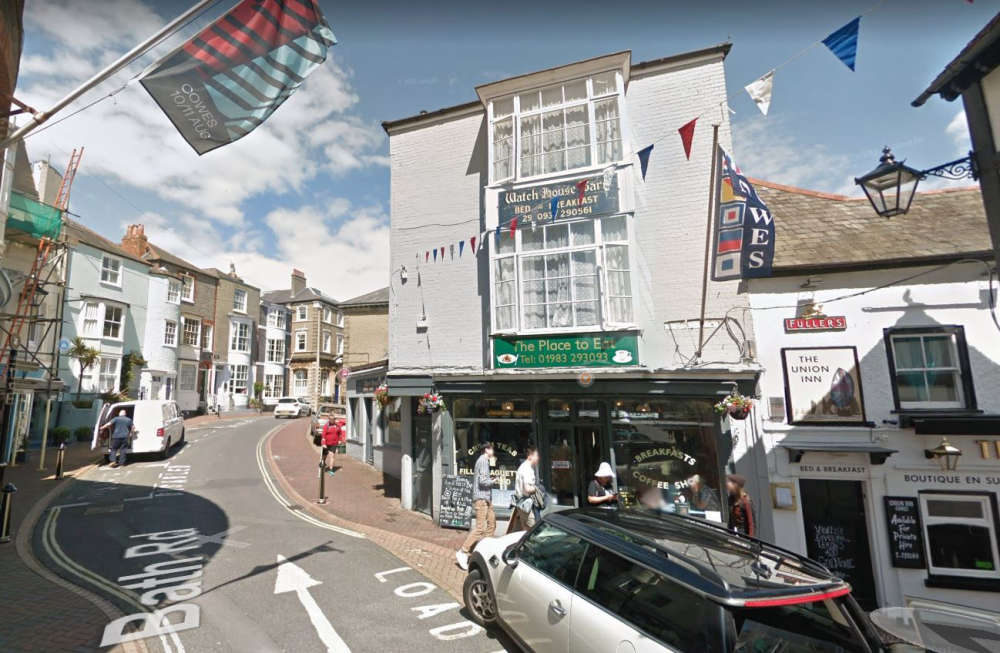 Although it would tidy up the inside, seven objections have been received on the application due to a proposed new roof terrace with neighbours saying it is not ‘in keeping with the Cowes conservation area’ and it would be ‘detrimental to the heritage landscape’.

Mr Grazier had hoped the application would have been approved and building work started before now.