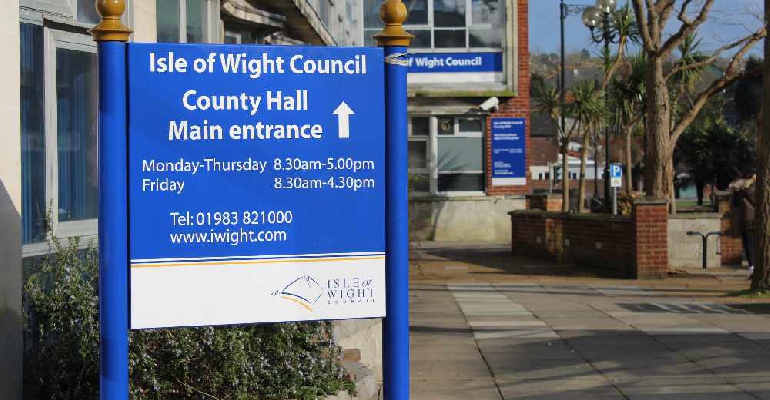 It follows years of ‘erosion’ to the local council tax support (LCTS) scheme, although there were fears the decline would continue.

If you are eligible for the scheme, it pays up to 65 per cent of your council tax. When the scheme was first introduced in 2013, however, it offered 91.5 per cent support.

In the nine years the scheme has been running, there was only one year where changes to policy, eligibility criteria or the amount of support received was not made.

The move to halt the decline has been suggested by the Isle of Wight Council’s newest Alliance administration, who are ‘trying to reverse the previous trends’.

Speaking at the cabinet meeting last month, Cllr Chris Jarman, the council’s strategic finance lead member, said the reductions had a ‘direct and some would say shameful’ impact on the poorest in our society and the Alliance was committed to ensuring it was ‘not the vehicle that drove Island families into poverty, unsustainable debt or homelessness’.

Cllr Jarman said other budgetary pressures had led to suggestions to further reduce the scheme to as little as 45 per cent support although that would not happen. He said he only ‘wished they could do more’.

Across the Island, more than £4 million of council tax was yet to be collected in the last financial year (2020/21).

The amount to be collected from those in receipt of the LCTS, since 2013, stood at around £1.7 million, with 3,187 liability orders to collect the debt.

Officers had warned any further reductions in support made to the scheme may create additional debt which would have to be collected or ultimately written off.

Cllr Ian Stephens, deputy leader of the council, said the administration was looking to turn the scheme’s future around, providing more support, but it would take time and perseverance.

Halting the decline in support, he said, was the start of that.

He said if the group had not reversed the changes in their first year in office he doubted it would ever happen.

The LCTS will be discussed at the full council meeting on January 19, ahead of the council’s final budgetary decisions made in February.