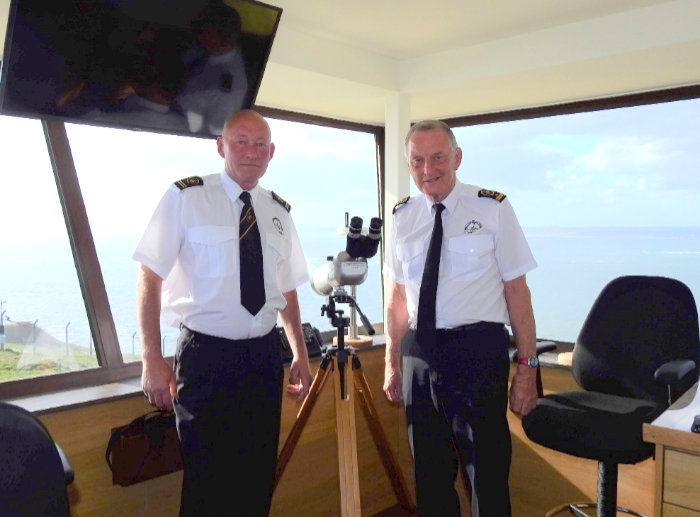 Terry Dimmick, who has been Deputy Station Manager for the last three years, is taking over the role from Tony Stables.

During his time, Tony has overseen the awarding of the Queens Award for Voluntary Service, organising a Royal Visit from HRH The Princess Royal, the awarding of outstanding station in the annual external assessment as well as increasing the membership particularly in attracting more female watchkeepers.

Tony will be remaining as a Senior Watchkeeper as well as his other voluntary roles in the community.

"Notwithstanding a period in April, we have since maintained our daily watch over the waters of the Western Solent albeit with single manning and COVID-19 protocols and I am immensely proud of all members of the Needles NCI who have responded magnificently throughout this crisis.

"It has been a privilege to lead the Needles NCI during the past four years and I wish my successor every good fortune.”

Terry, as well as his membership of NCI is also a local Parish Councillor.