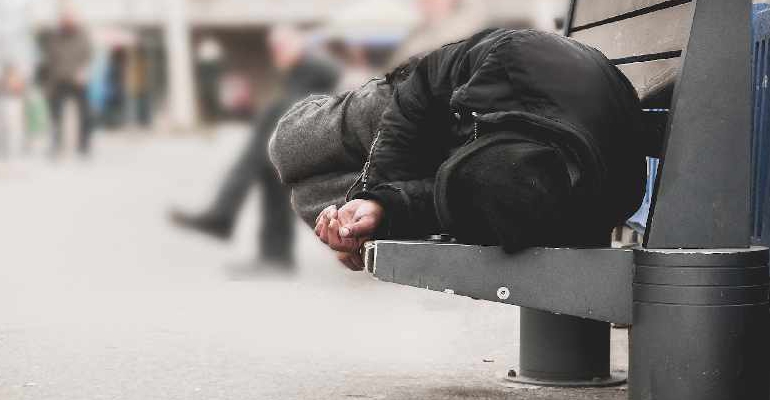 A new action plan has been outlined by the Isle of Wight Council to give a ‘better life’ to Islanders facing homelessness.

Some of the actions include using all available powers to the council to bring empty properties back into use, establishing a peer mentor programme for homeless households and assisting residents to access the private rental market.

The council could also introduce a dedicated director of housing to tackle some of the issues.

The plan will see the authority take short, medium and long-term actions in the next two years to address issues in the prevention, intervention and recovery of homeless families and individuals.

The council also sets out the action of increasing the housing supply, availability and accessibility in the social and private sectors.

It comes as numbers of people on the housing register continue to rise and the cost of living crisis hits more and more Island households.

Speaking at the cabinet meeting last night (Monday) where the action plan was approved, Cllr Phil Jordan said the cabinet had that morning given clear direction to officers to take start intervention for those in Bed and Breakfasts and provide them with homes which could include buying houses.

The action plan ties in with the authority’s ‘Homelessness and Rough Sleeping Strategy’ which was agreed in 2019, and sets the target of eliminating rough sleeping on the Isle of Wight.

The Isle of Wight Council had approved its budget in February which included setting up a housing company and borrowing £40 million to start building houses which are affordable for Islanders.

While 138 affordable properties were built on the Island last year, Cllr Stephens said, it was nowhere near good enough and Cllr Geoff Brodie said it was depressing to hear how little had been achieved since the go-ahead was given to borrow the money.

He asked whether the employment of a director of housing had been considered, to take the challenge on, instead of having it spread across council departments.

Cllr Stephens said when he took on the cabinet portfolio of housing and homelessness the way the housing was dealt with in the authority had its strengths but a ‘hell of a lot of weaknesses’, and the council was heading down the route of having someone in charge to ‘steer the ship’.