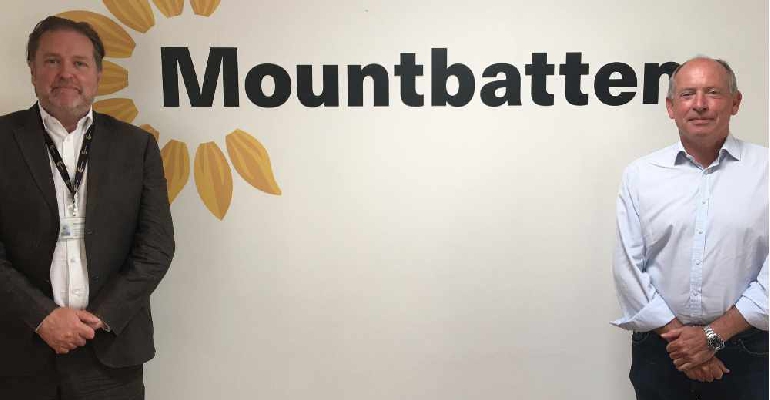 The chairman of Barclays UK, Sir Ian Cheshire, has been appointed as Mountbatten’s new Chair of Trustees.

60-year-old Sir Ian will bring extensive business experience to the role, following a career which includes seven years as chief executive of Kingfisher, the owner of B & Q and Screwfix.

He takes over from outgoing chair Sara Weech following Thursday’s AGM. He also sits on the board of BT and until recently was the lead non-executive director for the Government.

“I am very proud to become the new chair of Mountbatten. Mountbatten has a fantastic reputation, not just locally but across the country and it really is a national asset.

“Its work to promote conversations around dying and bereavement is something I feel, along with mental health, is really important.

“For me, this is the perfect time to join this institution and I am certainly looking forward to getting more involved and doing all I can to help.”

Alongside his business background, Sir Ian has experience in the charity sector, including chairing the Heads Together campaign and the Prince of Wales’s Charitable Fund.

“I have been used to running at 24/7 as a CEO and when I stepped down, I always intended, health permitting, that I would keep busy until I am at least 70. I have been sharing my time between London and the Isle of Wight for around 20 years.

“I also used to commute from Bembridge to Southampton for B & Q, so I am very familiar with the areas we work in.

“It has been a little strange getting to know the organisation virtually in these times but Mountbatten has a great team, so I am excited about working to support them and very pleased to be joining.”

Outgoing chair Sara Weech said she had been ‘immensely proud’ and ‘honoured’ to have served as Chair of Trustees for the last seven years.

“Mountbatten has grown from a great local hospice to a significant health and care provider in the community, both on the Isle of Wight and in Hampshire, bringing outstanding care, compassion and relief to so many dying and bereaved residents.

“Leading this organisation has been made so much easier because of the great team who live and breathe our values every day, from our Chief Executive and senior managers to our volunteer drivers, shop workers, fundraisers and doctors and nurses. I thank you all.

“I know, with the continued support of the local community and our excellent Board of Trustees, Sir Ian will be able to build on all the fantastic existing work so the group goes from strength to strength.

“There are certainly challenges ahead but I am confident Mountbatten is in safe hands and I am now looking forward to supporting the charity in different ways.”

Mountbatten CEO Nigel Hartley has welcomed Sir Ian to the role and paid tribute to Sara for her commitment to the charity, he said:

“Sara joined the organisation during difficult times and has seen it grow and develop during her time with us. I would like to thank her for everything and wish her well for the future.

“We are very fortunate to have Sir Ian join us at a time when there is much to be done and I look forward very much to working alongside him.”